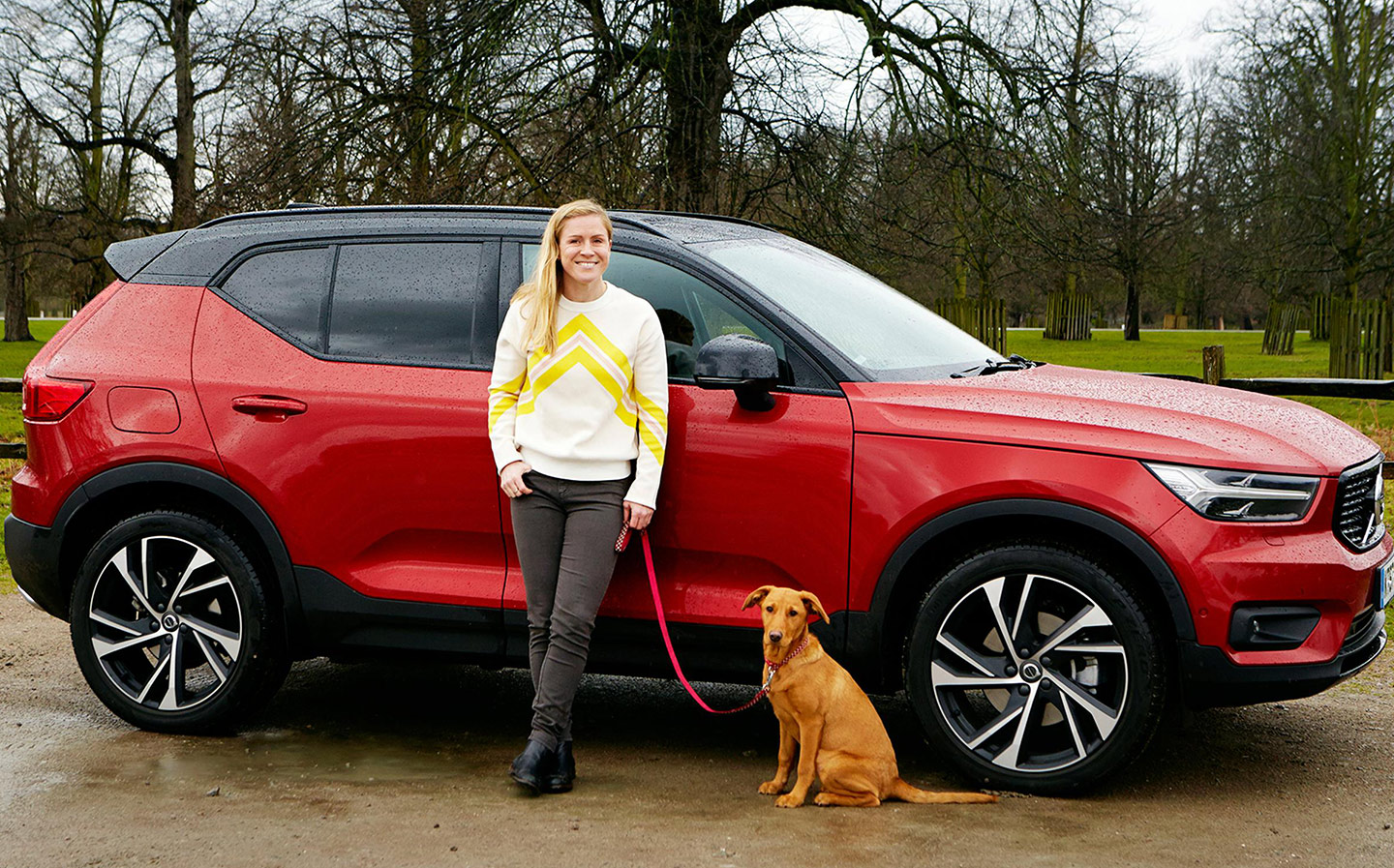 The England women’s rugby team racked up the sort of resounding victories the men’s 15 could only dream of in the recent Six Nations championship.

There was the 43-8 win against Scotland and the 42-7 victory over Italy, not to mention the 52-0 trouncing of Wales.

The team may have narrowly missed out on the overall title — beaten 18-17 by an equally impressive French side — but that match marked a turning point in the popularity of the women’s game, attracting a record 17,440-strong crowd.

Danielle “Nolli” Waterman, 33, the team’s full-back and record-breaking try scorer, has been key to raising the profile of the women’s game, having joined the national team in 2003 aged 18. She has competed in four World Cups, collecting a winner’s medal in 2014, and England have won the Six Nations nine times since she started playing internationally.

She’s not one to shy away from a knock or two and has shattered her cheekbone in three places during her career. But these days she prefers to be cosseted behind the wheel of a Volvo when on the road.

Her first car, a Peugeot 106, was written off when someone ran into the side of it; and her second, a 206, met its end in a rear-end shunt. “I couldn’t believe it had happened again. At least I was lucky not to get hurt,” she says.

Growing up in Minehead, Somerset, Waterman first picked up the oval ball when she was four, giving a deft performance in a children’s team. Her love of the sport probably came from her father, Jim, who played more than 450 games for Bath.

“Dad is my hero — the way he thought about the game was so innovative, so ahead of his time. He offers a lot of advice and challenges me to improve my own performances.”

“I usually have a car full of players but otherwise I sing along to the radio. I have a dreadful voice but I give it plenty of volume”

After her parents split up when she was five, Waterman moved to New Zealand with her mother, Sue, and two older brothers. “Joe and Sam were much bigger than me, so I would sit between them on the back seat. When the car went around a corner, I would be squashed like a sandwich.”

Her game improved by leaps and bounds as the New Zealand passion for rugby filtered down to school level. “It’s in their DNA. We would play matches in the park at the weekend when hundreds of children were involved. It was infectious.”

The family returned to Somerset when Waterman was nine and she later transferred to Oldfield School, in Bath, which has a strong rugby tradition. She was selected for the England Senior Academy at 15 and won her first cap at 18 — the same year she passed her driving test.

Her father taught her to drive on a former army tank range on the edge of Exmoor. “I imagine Dad thought I wouldn’t be able to hit anything else in such a wide-open space,” she says.

After the two Peugeots, Waterman upgraded to a Ford Fiesta Titanium, and, in another sign that the women’s game is on the up, she now has her new Volvo XC40. “I usually have a car full of players but otherwise I sing along to the radio. I have a dreadful voice but I give it plenty of volume.”

She lives in west London with her boyfriend, Simone, and has no plans to retire. “As long as I enjoy playing, add something to the team and reach my own standards, then I will carry on.

“What don’t I like? Playing in cold weather and the stink of rugby kit in my car. It doesn’t matter how many times you wash it, the smell never goes away.”

Danielle Waterman: My life in cars