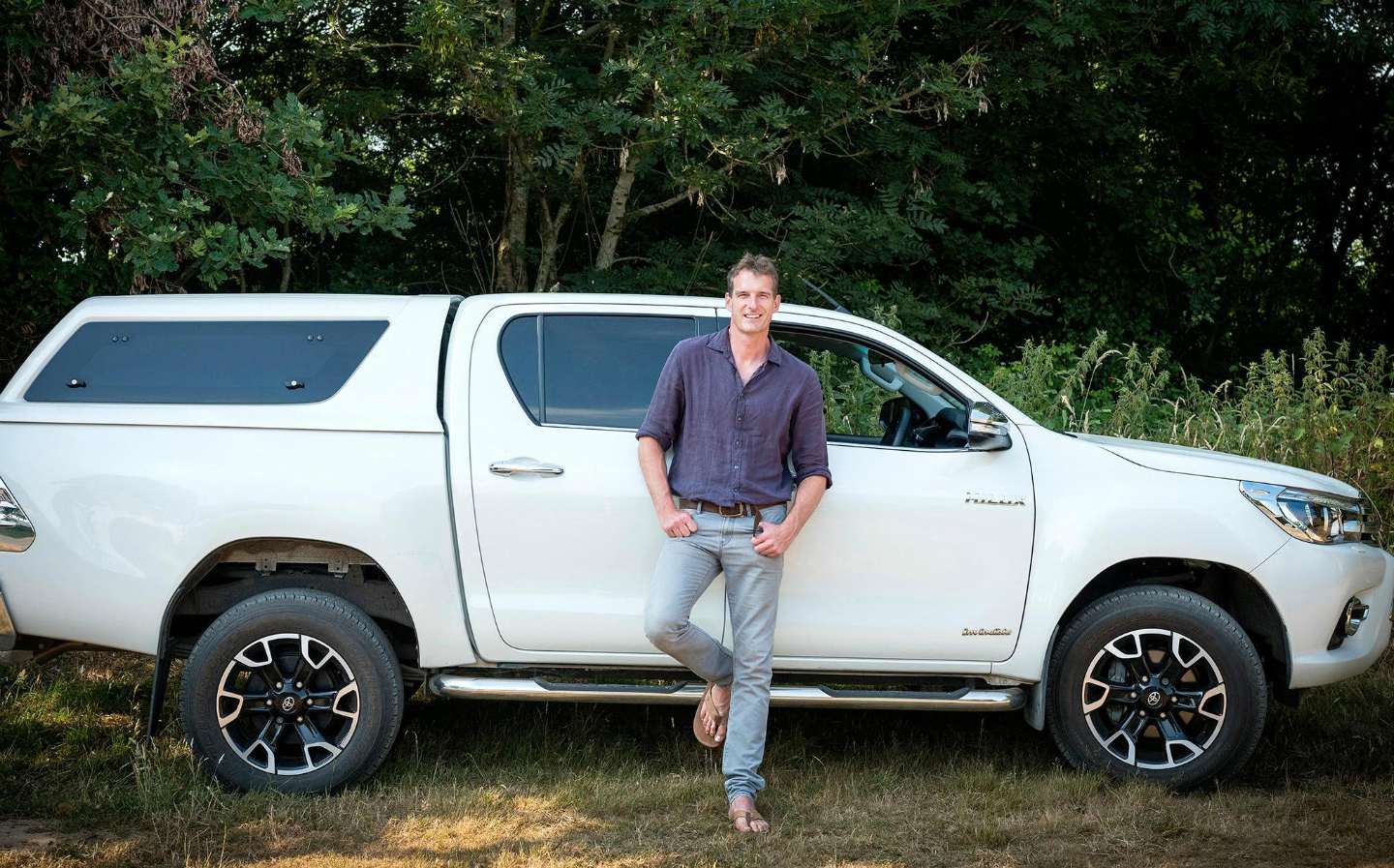 THE FIRST thing the television historian Dan Snow looks for when buying a car is not how long it takes to get from 0 to 62mph, but whether it will accommodate his lanky frame.

“I’m 6ft 5in tall and you’d be amazed how many cars I can’t fit into,” says Snow, who made his mark on BBC2 in 2004 presenting Battlefield Britain with his father, the veteran broadcaster Peter Snow. “I even have trouble fitting into a lot of relatively spacious cars. Fitting into a [Land Rover] Freelander, for instance, is a nightmare.”

Thankfully, he has no trouble getting behind the wheel of his chunky 2.4-litre diesel Toyota Hilux 4×4 pick-up. “I got it partly because I live in the countryside now [in the New Forest] and needed a big car. I know there’s a well-known British 4×4 … but I think it says something odd about you if you drive one of those around, so I thought I’d be a bit different,” laughs Snow, 39, the great-great-grandson of David Lloyd George.

“Also, I’m half-Canadian and I just wanted to drive a big pick-up — and I thought driving this around would put a bit of blue water between me and the typical British country-dweller.”

Snow, who has set up History Hit, an online channel for history lovers, insists he isn’t one of those 4×4 drivers for whom a drive in the park is the nearest they get to off-roading. “It’s great for hauling my sailing dinghy up the beach or through the mud,” he says. “It’s got a big boot, which is ideal for carrying loads of filming stuff if I’m making a documentary, and it proved a godsend when the Beast from the East hit earlier this year. It’s also got twin cabs, so I can get my whole family in the back.”

Snow has three children, aged two, three and six, with his wife, Lady Edwina Grosvenor, daughter of the late 6th Duke of Westminster. He and Edwina were guests at Prince Harry and Meghan Markle’s wedding in May.

If I hadn’t needed the torque of the Toyota Hilux to get my boat out of the water, I’d have gone all-electric.

What does his father make of him buying a North American-style pick-up? “My dad thinks it’s very amusing,” says Snow. “But he doesn’t give a toss about cars anyway — he much prefers trains.” And there seems to be something of the father in the son: “For me, a car is mainly about getting from A to B. They take you from one interesting experience to another.”

Growing up in southwest London, the oldest of three children from his father’s second marriage, Snow attended St Paul’s School before Balliol College, Oxford, where he studied modern history and excelled at rowing, taking part in the Boat Race three times and winning in 2000.

The first car he drove was also a Toyota but one somewhat smaller than his Hilux. “After passing my driving test at 17, I drove my mum’s tiny Toyota Yaris. My knees were up to my chin and my face just inches from the windscreen.”

It wasn’t until he was an established screen presence that he bought his first vehicle outright: a second-hand Volvo XC90. “That was a fantastic car,” he says, wryly adding: “I had zero children killed while owning it, which was the aim.”

He traded it in for a Mitsubishi Outlander plug-in hybrid, which he still owns. “I can now do the school run without the petrol engine kicking in at all,” he says. “If I hadn’t needed the torque of the Hilux to get my boat out of the water, I’d have gone all-electric.”

His dream car, a 1974 Ford Mustang coupé, is somewhat less environmentally friendly. Let’s hope he can squeeze his legs under the dashboard.

Dan Snow: my life in cars