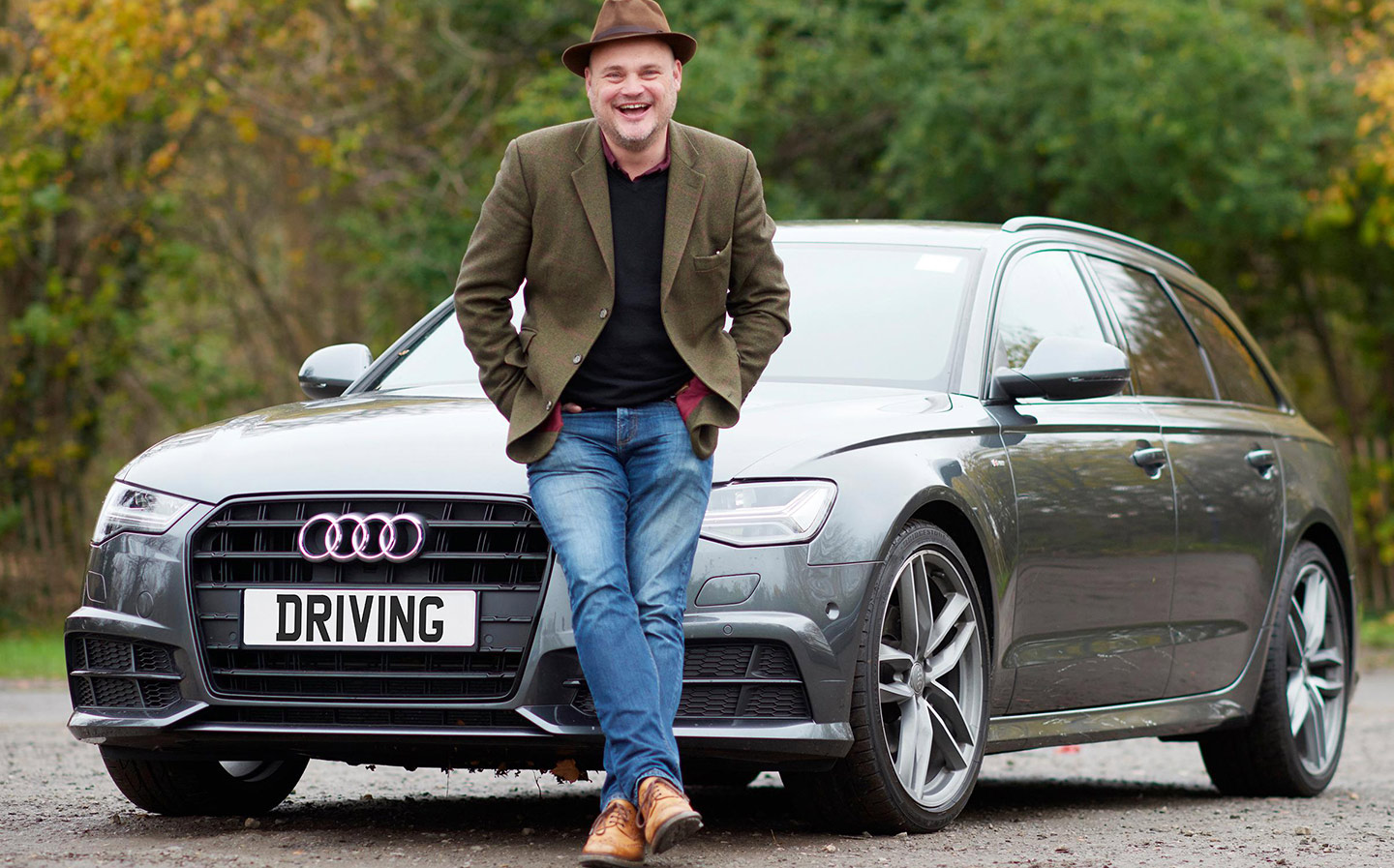 “I OFTEN used to wonder what the Pub Landlord would drive,” says Al Murray of his comedy alter ego. “I decided he would have a cut ’n’ shut, half-Daimler, half-Jag. That way, he gets twice the Britishness.”

Murray has admitted that the Pub Landlord was partly inspired by his father and, like the Landlord, Lieutenant-Colonel Ingram Bernard Hay Murray (an airborne engineer officer, before a career with British Rail) would drive only British cars.

“There was a whole range of British ‘icons’ on the front yard when I was a kid,” says Murray, 49. “Dad had a Morris Marina, an Austin Maxi, a Morris Ital, an Austin Montego, a Mini Van and a Land Rover.

“We’re going back 30 or 40 years, and when I think about those cars, they seem to be from a different era. So basic … the hard, black plastic steering wheel; crunchy gearbox. My uncle was in advertising and used to drive a Jag, but even that used to break down a lot. Reliability wasn’t a word that got used much in the 1970s.”

Murray Sr was often under the bonnet of his latest British bargain and tried to teach his son about mechanics. “I’ve inherited my dad’s love of knowledge, but the car stuff went in one ear and out the other. All I wanted to know was where to put the petrol and how to work the stereo. The first car I owned was a dirt-brown Mini Metro and I treated it like a tape player on wheels. Its job was to get me from A to B while I was listening to Motörhead.”

Murray, who studied modern history at Oxford, burst onto the comedy circuit at the same time as other 1990s newcomers such as Frank Skinner and Harry Hill. His straight-talking Pub Landlord debuted at the Edinburgh festival in 1994 and Murray won the Perrier award five years later.

“Being a comedian involves a lot of driving, so I needed a car that wasn’t going to die every 10 minutes. I bought a VW Golf Driver. A German car. My dad wasn’t impressed. It had no power steering but it felt so different from anything I’d driven before. It never missed a beat.”

Despite some of the Landlord’s comments about Germany — “You’ve got to respect them. They had two cracks at the world title, didn’t they!” — Murray is fascinated by the country’s recent past. “The fact is they made better cars than we did. British cars were hit with that perfect storm of poor reliability, bad design, bad management and terrible industrial relations. We didn’t stand a chance.”

Murray, who has two teenage daughters with his ex-wife, has bought German ever since that first Golf. At first, he stayed with VW — “I got an Eos convertible ’cos I thought it’d be the perfect London car, but realised we only get three sunny days a year.” He then switched to Audi.

“Build quality and all that side of things is pretty equal, but everything on the Audi seems a bit more stylish. I sometimes get the feeling that all VWs are directly descended from the Beetle. Audis have a touch of zhuzh.”

One of his Audis had a little too much “zhuzh” … especially under the bonnet. “The Audi A6 saloon is a beautiful car, but the engine was way too powerful for me. I am not comfortable at speed.”

Murray also balks at the cost of some models: “How can you justify paying north of 50 or 60 grand for a car? My petrolhead dream is to own an Aston Martin, but when I look on the internet, I break out into a cold sweat.”

Al Murray: my life in cars