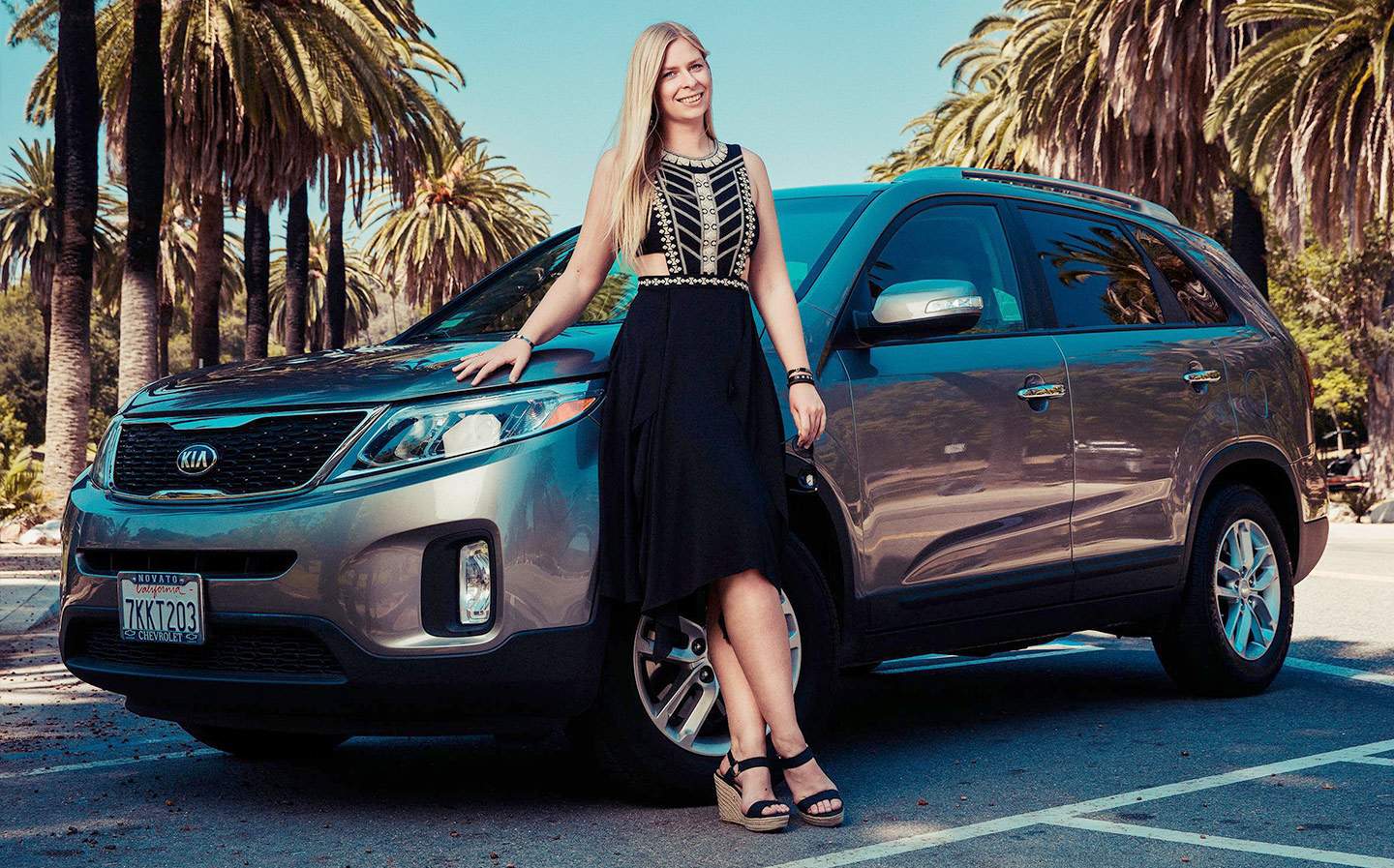 THE NAYSAYERS may still snipe about whether women have what it takes to make it in motor sport, but Christina Nielsen is too busy winning races to let it bother her. In March, a month before Bernie Ecclestone, the Formula One supremo, made those ill-advised comments about women not being “physically able” to drive a car fast, Nielsen had been part of a winning team in the 12 Hours of Sebring, in Florida.

The 24-year-old Dane has a natural ability on a racetrack. In June her team came sixth in the GTE-Am class at the Le Mans 24 Hours in a Ferrari 458 — despite losing a wheel. And last year she was runner-up in her class in the International Motor Sports Association (IMSA) SportsCar Championship in America.

Nielsen grew up in a small village north of Copenhagen and is the daughter of Lars Erik Nielsen, a successful endurance racer who competed in the 24-hour Daytona race, as well as Le Mans, in the early 2000s. “Unfortunately, I was too young to see him compete,” says Nielsen. “He was abroad a lot, racing.”

As a child Nielsen recalls being driven around in Porsches. “Dad has had Porsches on and off the track,” she says. “He would put a booster seat in the back of his 911. He never went crazy fast on the road — but he should have received a lot more speeding tickets than he did.”

At first Nielsen showed little interest in her father’s sport. “I played with my dolls like every other girl,” she says. She caught the racing bug when she visited a go-kart track with a friend. “I was 13 and there weren’t many girls there,” she says. “I don’t know if it was because I had been in a car with Dad, but I seemed to have a natural ability. I was hooked from the start. I persuaded Dad to buy me a racing helmet for my birthday.”

Nielsen’s father encouraged her karting and wouldn’t let her settle for second. “I was racing in a junior European championship at 16 and the senior series at 17. I got my arse kicked all the time. The mentality in my family has always been to put yourself up against the best.”

Nielsen passed her driving test first time at 17. Because of her father’s business (he’s a Volkswagen Group importer), she could pick a high-performance Seat Ibiza Cupra as her first car. “I walked into the showroom and there was this black beauty. I fell for the Cupra immediately.”

She kept the car for two years and put on tens of thousands of miles travelling to races in Germany. “Soon I decided I needed a more frugal diesel. An Audi A3 TDI was the obvious choice but I found it very boring. By then I was competing in the Porsche Carrera Cup in Germany. I got my kicks on the racetrack.”

Her next car was a sporty Seat Leon FR, which she kept until she moved to America in 2015. “I raced an Aston Martin Vantage V12 in the SportsCar Championship and Pirelli World Challenge. The Aston is a great car on the racetrack but I needed something sensible for my daily commute here in Los Angeles.”

After hiring a Hyundai Santa Fe, she bought a Kia Sorento: “I like being high off the ground in an SUV. An Audi SQ5 — that would be my dream car.”

CHRISTINA NIELSEN: MY LIFE IN CARS