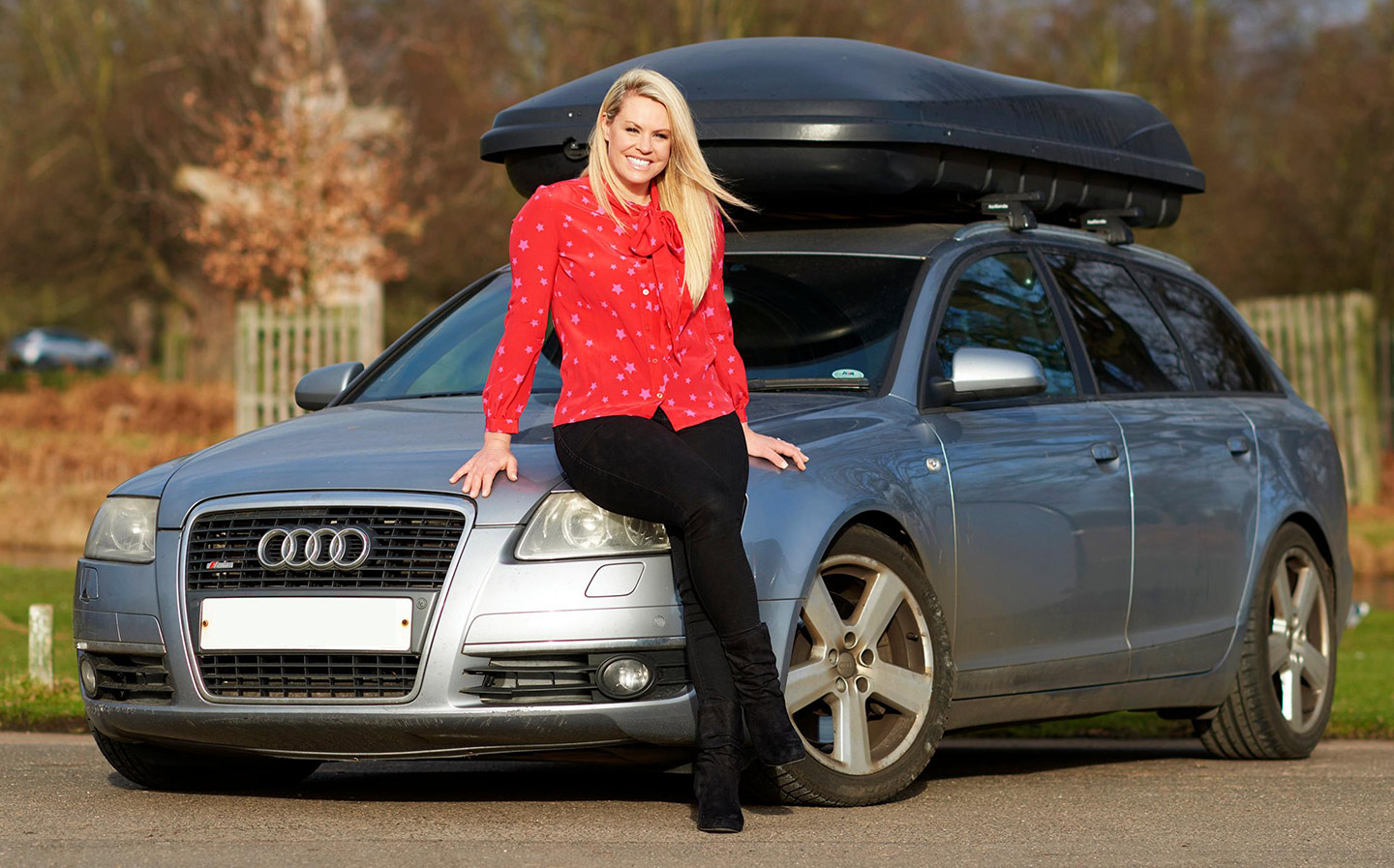 AS A teenager, Chemmy Alcott, the champion Alpine skier and four-time Olympian, was used to fitting school work around her ski practice and, on one occasion, that meant sitting a maths GCSE paper in the back of a car.

Alcott, now 35 and part of the BBC commentary team at the Pyeongchang Winter Olympics, was being driven to an event in Slovakia but there was no getting out of the exam. “My head teacher insisted I sat it on the same day as everybody else.

“Instead of travelling back to England, Dad paid for a teacher to fly out and invigilate. We stopped at the airport and the teacher climbed into the back seat. She checked my pockets to make sure I didn’t have a cheat sheet, then watched as I wrote the answers. I did OK.”

Alcott — whose full first name is Chimene — grew up in Twickenham, southwest London. Her father, Tim, played rugby for Richmond and was a businessman who helped shoulder the cost of her sporting ambitions (she was also a talented tennis player).

“If Dad had a good year, we would be driving around in a Bentley, although sometimes it was a Metro. I have three older brothers, so there was always a clamour for the best seat.”

The family loved skiing and would drive to the slopes at Flaine, in France, where Alcott was just 18 months old when she put on her first skis. “Later we had a Range Rover. I had a little bed in the boot. I think they put me there because I listened to my Sony Walkman and hummed too loud.”

“I thought Mum was going to give me the family’s old yellow Metro as a present. Instead, she sent me to the Lucie Clayton Charm Academy for a course on how to become a lady”

She competed in her first race at the age of three. At 11, she broke her neck. Undeterred, she spent her summers training in New Zealand, joined the British junior Alpine team in 1994 and was named Sunday Times junior sportswoman of the year in 1995.

At 17 she took a week off to learn to drive. “I practised for four days and passed my test on the fifth. I was very much a tomboy back then. I thought Mum was going to give me the family’s old yellow Metro as a present. Instead, she sent me to the Lucie Clayton Charm Academy for a course on how to become a lady.”

Alcott needn’t have worried. Her first sponsored car arrived a few months later: a gold Rover 75. “I thought a big saloon was pretty cool back then, although once I had to ask somebody to park it for me. Very embarrassing.”

A “sluggish” Volkswagen Polo followed before Audi signed her up as a brand ambassador. Her first model was an A3 hatchback, then a sporty S4 saloon and finally a 3.2-litre TT coupé. “I fitted a pink, fluffy steering wheel to the A3 and covered a lot of miles travelling to races around Europe. My favourite Audi was the TT. It was fast.”

She moved to new sponsor Land Rover in 2007 and found the extra space in her Range Rover more convenient for skiing gear.

Alcott retired from skiing in 2014. At her peak, she was ranked 8th in the world. She broke 49 bones during her career, and an 80mph crash in 2010 left her with a 20cm-long pin in her right leg. She quit after doctors warned her she was in danger of losing her leg if she continued to race.

With her husband, Dougie Crawford, a fellow downhill skier, Alcott now has a one-year-old boy called Locki (short for Lochlan) and lives in west London.

The Land Rover deal has ended and the couple share a 10-year-old Audi A6 estate and a Vauxhall Vivaro van. “I love the truck but the A6 is the real workhorse — especially now that we have a baby. It won’t be long before Locki is on skis. With our genes who knows how good he might be?”

Chemmy Alcott: my life in cars