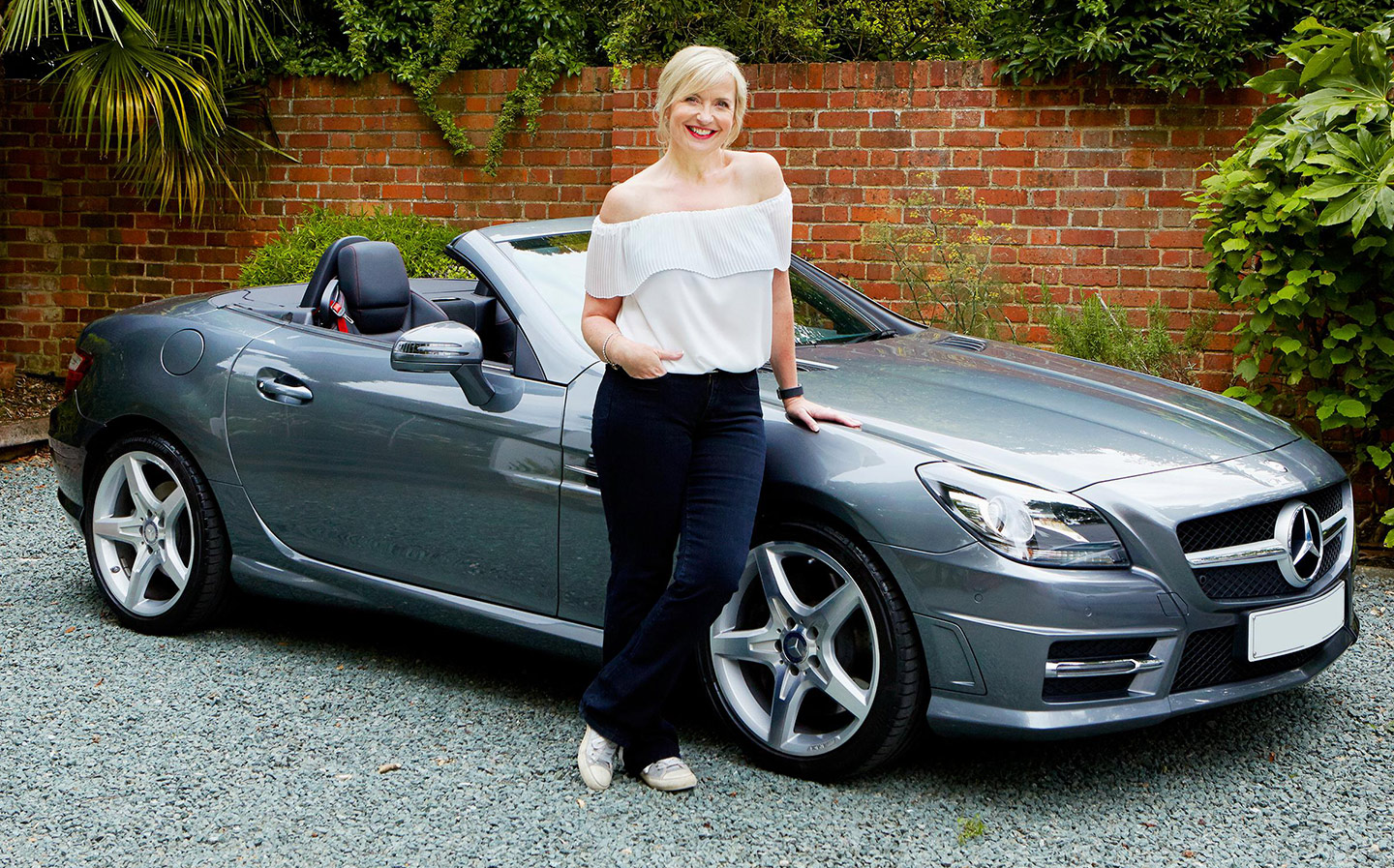 EVEN WHEN I was little, I was obsessed with cars,” says Carol Kirkwood, the BBC weather presenter. “I used to sit in Mum’s Austin Maxi on Sunday afternoons, pretending I was driving as I listened to the Top 40.”

Sitting in the driver’s seat is, of course, a rite of passage for many youngsters, but in Kirkwood’s case it got her into trouble. “Dad had a Jag and we were all out having dinner at a hotel one day. No one locked their cars back then and somehow, at nine years old, I managed to get in and release the handbrake. It was parked on an incline and started to roll towards a very solid-looking stone wall. Smack! Dad was furious!”

Kirkwood, 55, is one of eight children and grew up in Morar, a small village on the west coast of Scotland. Public transport was patchy, so having your own wheels was important.

“Dad taught us all to drive in the local fields. He would take me down these very windy dirt tracks, then get me reversing through gates while avoiding the sheep. I used to see more sheep on the road than cars. When I eventually drove to Edinburgh for university in my bashed-up Ford Fiesta, I started panicking. I’d never seen so many cars.”

The Fiesta was not the most exciting set of wheels, but Kirkwood was soon gadding about in style. Following a short stint at the BBC after university, she worked in business and had a company car, a nifty Peugeot 205. Her then husband, Jimmy (they are now divorced), went one better, bringing home a company BMW and then a Porsche Boxster.

“I used to stick my head out of the window, dreaming about California and the Beach Boys. I felt at one with the elements … I felt free”

“Ding-dong! I was in love with that Porsche and used to pretend it was mine. I’m sure the sports car fetish goes back to my childhood. There were some beautiful beaches close to where we lived, and my parents regularly drove out to the coast. I used to stick my head out of the window, dreaming about California and the Beach Boys, with the wind blowing through my hair. Maybe that’s what got me interested in the weather. With my head out the window, I felt at one with the elements … I felt free.”

In 1993 she rejoined the BBC and, as her career began to take off, she opted for the sporty MG F. “I can still see that gorgeous racing green bodywork,” she sighs. “I had so much fun in the MG that I replaced it with another one; sky blue with black leather seats.

“The only problem was that you had to stop the car to swing the roof back up when it rained. Nothing looks quite so sad as someone in a convertible desperately trying to get the roof back on in the pouring rain.”

Kirkwood went through Met Office training to become a BBC weather presenter and is now “a dab hand” at spotting rain clouds. “So, if there’s anything dodgy, the roof is up immediately.”

It helps that she now has a Mercedes SLK with an automatic roof. “Much cooler,” she smiles.

Alongside the weather, her other passion is music. “Like that little girl in my parents’ driveway, I’m always singing in the car.”

So, what can we expect to hear her belting out? “Anything from T Rex to Ed Sheeran,” she laughs. “With a bit of Eric Clapton, Texas and Bryan Adams in between. If it’s lashing down and you’ve got a long drive, music can make that journey a wonderful experience.

“Some people see a car as a purely practical thing. For me, it’s always been something more. As I look back through my life, the cars become a sort of timeline. Each one is full of memories.”

Carol Kirkwood: my life in cars