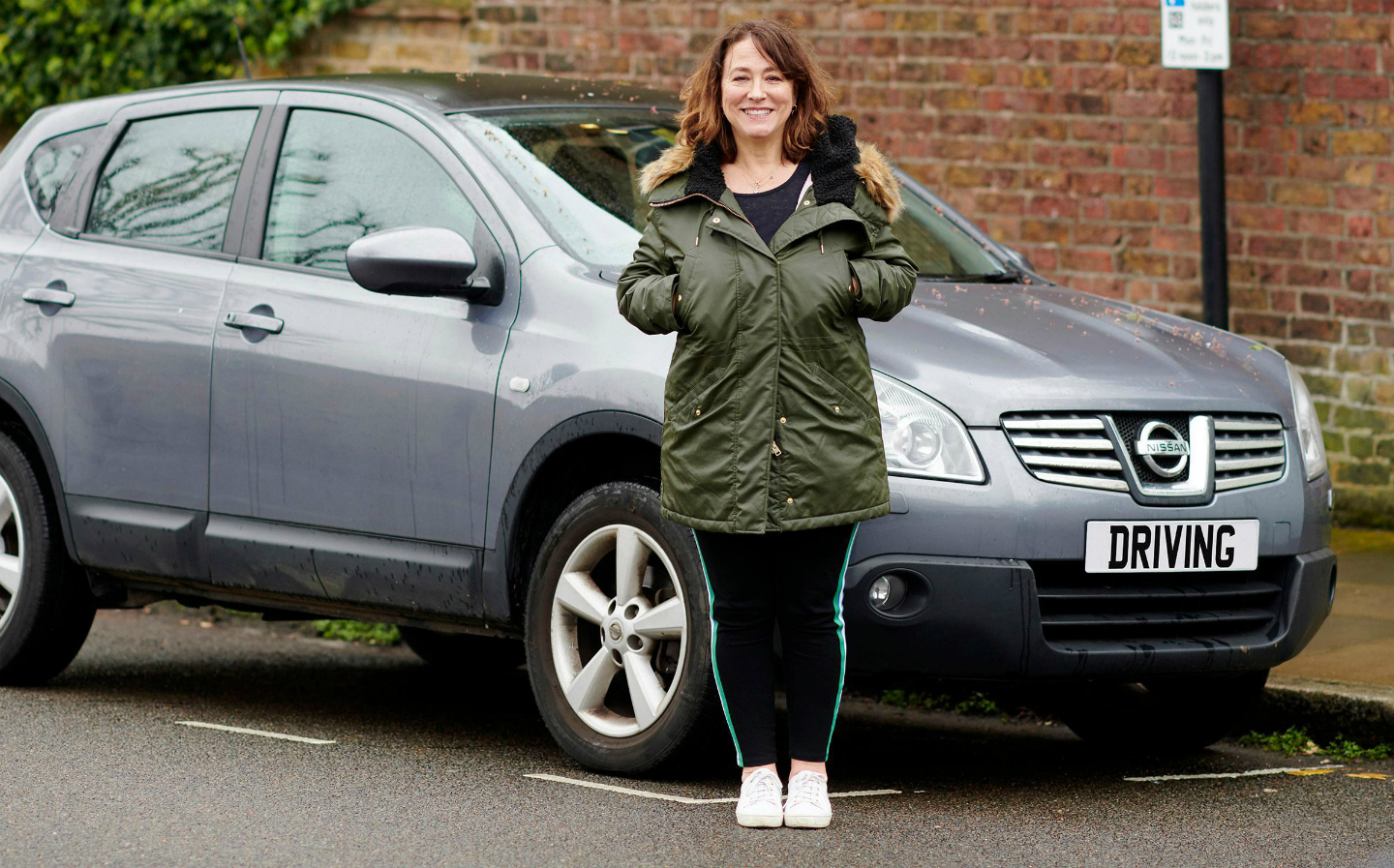 I AM so sorry about the state of my car,” says Arabella Weir. “I was going to get it washed but I didn’t have time. It’s filthy, covered in blossom and there’s a big dent in the side. Doesn’t make me look very swanky, does it?”

Despite the dirt, it’s clear the 61-year-old star of The Fast Show is fond of her Nissan Qashqai. “On the advice of a petrolhead friend, I bought it nearly new in 2011 and it’s been unbelievably reliable.”

The actress and author is only an occasional driver — “It probably gets used once every couple of weeks” — but her journeys are usually long ones, from her north London home to Cornwall for weekends away, or up to Scotland to visit family.

“Once I’m on the motorway, the stereo gets turned up to full volume: a little bit of Al Green or Aretha Franklin. If my grown-up kids [Isabella and Archie, both in their twenties] are with me, we go disco . . . Earth, Wind & Fire. I’ve perfected the art of crazy dancing while I’m driving, which makes the kids cringe with embarrassment.”

Although she was born in America, Weir’s parents came from Scotland. Her father was the late Sir Michael Weir, a diplomat.

“Like a lot of Scotsmen, Dad knew the value of a pound. One of the first cars I can remember him having was a VW Camper. He wanted it so he could save money on holidays. Him and Mum used to stay in a B&B, while me, my sister and two brothers had to sleep in the back of the VW.”

In the early 1970s, not long after splitting from Weir’s mother, her father, then in his forties, “did that classic thing of buying a sports car. But instead of getting a Jag or a Lotus, he bought a Ford Capri — I hated it,” she laughs. “He even had it shipped out to New York, and one day we were sitting at some traffic lights when these two very groovy, full-on dudes pulled up next to us. They started waving and I wound down the window. One of them nodded his head and said, ‘Cool car, man.’”

I don’t remember who I sold George Harrison’s Renault 5 to. I wonder if it’s still out there.

It took five goes to pass her test, but after that Weir drove everywhere. “This was when it was so much easier to get around. Parking was never a problem, even if you were going into the West End. When I tell my kids what it was like back then, you can see them thinking, ‘No wonder the planet’s in such an awful state.’

“I am much better now. Most of my journeys are on foot or public transport. And when I do get rid of the Qashqai, I’d like to get something ecofriendly. We can’t keep driving around in these massive 4x4s. You don’t live on the Serengeti, you twit . . . you don’t need an off-road vehicle.”

Weir also had a Volvo V40 estate that “was like an extra member of the family”.

“Then there was the Renault 4. It was my first car and it was falling to bits, but I loved it. I used to have quite a thing for Renaults. I bought George Harrison’s old Renault 5. Yes, the bloke who used to be in the Beatles. His name and address were on the log book. The car was metallic gold, automatic, in great condition. I paid about £1,000 for it in the late 1980s.

“People kept telling me it was a collector’s item, so I tried to sell it through a Beatles magazine. At the time, the Beatles nostalgia thing wasn’t as big as it is today, so nobody wanted it. I don’t even remember who I sold it to. Probably somebody who just wanted a cheap runaround. I wonder if it’s still out there.”

Arabella Weir: my life in cars