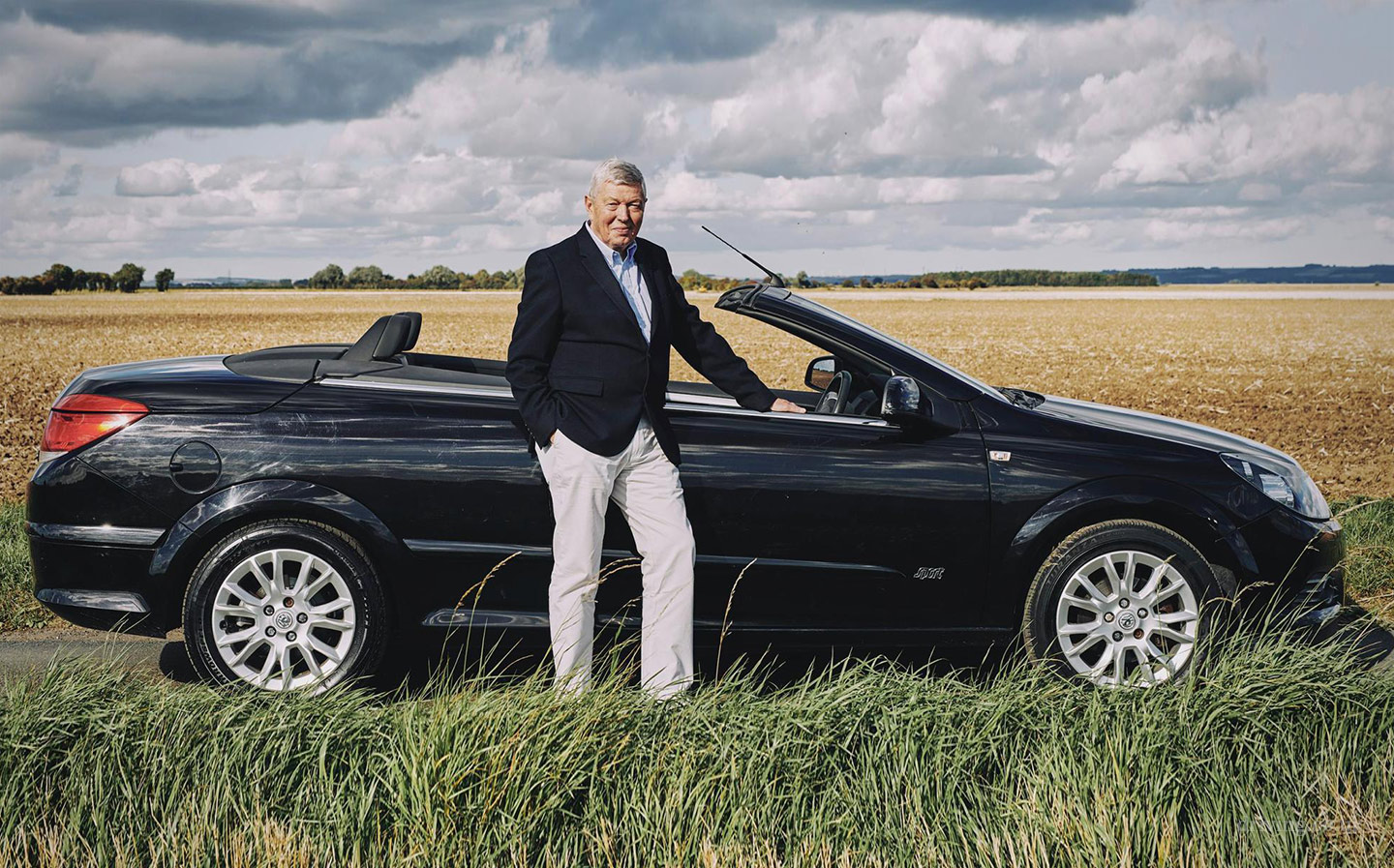 AS HOME secretary, Alan Johnson was driven around in a bulletproof Jaguar like the fictional Julia Montague in the hit drama Bodyguard, but he insists he much prefers driving his Vauxhall Astra convertible.

“I got my Astra after the electorate dispensed with our [Labour’s] services in 2010 and I lost my ministerial car,” says the 68-year-old, who held several cabinet jobs in the Tony Blair and Gordon Brown governments.

“I suppose I went through a bit of a midlife crisis, so I decided to get a convertible. This black Astra looked so beautiful in the showroom that I got it — the first car I’ve bought brand new.”

After Labour’s defeat and Brown’s resignation as party leader, moderates in the party urged Johnson — that rare creature, a politician with the common touch — to stand for the leadership. He declined, and, after a stint as shadow chancellor under Ed Miliband, he wrote an acclaimed three-volume memoir. Johnson stood down as an MP before last year’s election.

“This summer my Astra really came into its own,” he grins. “It was such fun to drive it round Yorkshire, where I now live. Whenever I hit the road with the top down and put on a CD, I get that Sixties, Beach Boy feeling.”

Johnson was 13 when his mother died. His father had already walked out, so he was brought up by his elder sister, Linda. He learnt to drive in a very different sort of motor: a red Royal Mail Morris Minor 1100 van.

“When I joined the Post Office in the late 1960s, they taught you how to drive. I doubt I’d have ever taken my driving test otherwise.” He finally passed at the sixth attempt and attributes his failures to “having a difficult examiner — that’s my excuse anyway. I also had a touch of nerves.”

“I was living on a council estate, and if anything went wrong, it wouldn’t be long before a neighbour walked over. I’d stand back and smoke a fag while they fixed it”

The first vehicle Johnson owned was an old grey Ford Anglia 105E, “which cost 45 quid” and was “a smashing car”. However, with a growing family (he has two daughters and a son with his first wife), he traded up to a sky-blue Ford Escort Mk 2.

“That was the first time I really shelled out — my first wife and I had a real aversion to getting into debt,” says Johnson, who had another son with his second wife and is now married for a third time.

“I didn’t know the first thing about what was under the bonnet, but I was living on a council estate, and if anything went wrong, I’d open it, knowing that it wouldn’t be long before a neighbour couldn’t resist walking over and asking: ‘What’s the matter, Alan?’ And I’d stand back and smoke a fag while they fixed it.”

By the 1980s he was rising up the ranks of the Union of Communication Workers and needed a car that didn’t break down all the time. “I had a lot more driving around to do for my job, so I needed something more reliable and got a [Ford] Cortina.”

There followed a Ford Sierra and then, in 1995, a Mondeo “with an electric sunroof and a 10-stack CD player, which you stacked in the boot”.

After being elected an MP in the Labour landslide of 1997, he began his ascent up Westminster’s greasy pole, becoming a minister in 1999. “You get a very modest car as a junior minister, but they become nicer as you move up. The Labour government had a long fixation with the Rover 75, which became the regular car for virtually all [cabinet] ministers.”

Johnson graduated to a black Jaguar XJ on becoming health secretary in 2007, and then as home secretary (2009-10) to the bulletproof Jag. “I hated being driven around in a ministerial car. I’d have much preferred to sit up front with my driver, but as home secretary you aren’t allowed to.”