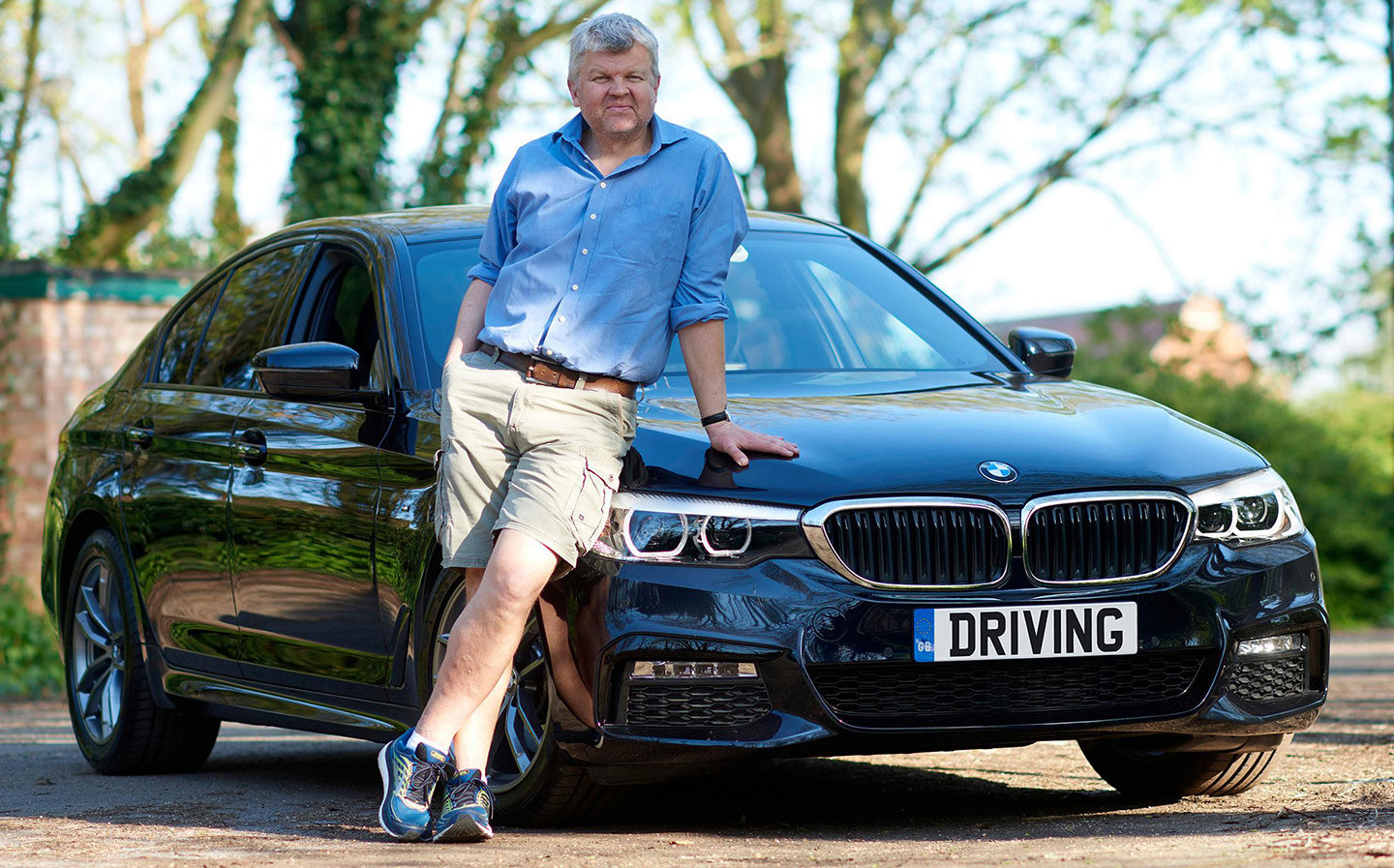 “I’VE GOT to tell you this,” says a smiling Adrian Chiles. “I was back home last week and my dad gave me a lift to the [West Bromwich] Albion in his Vauxhall Astra estate. I heard him saying to his mate, ‘I like this car, but it’s not much of a crumpet-catcher.’

“Ha! I don’t think I’ve ever heard an Astra estate diesel mentioned in the same sentence as ‘crumpet-catcher’. You could put George Clooney in my dad’s car and even he’d struggle.”

As you might imagine, many of Chiles’s car stories involve football. The former Match of the Day 2 and World Cup presenter has spent many hours driving to and from games, usually up the M40 from his house in London to the Hawthorns stadium, home of his beloved West Brom.

“I sometimes get recognised. People slow up and I can tell they’re saying stuff like, ‘Isn’t that the bloke who used to be on telly?’ I usually stare straight ahead, just in case they’re making angry hand signals.”

Chiles grew up in the 1970s and, like a lot of West Midlands families, his parents bought British — his earliest motoring memories are of his father’s Rover SD1 3500 and his mother’s Morris Marina.

“My grandad decided to go left field and came home with this massive Saab 900. He’d been retired for a good few years and it seemed a ridiculous car for him, but I idolised my grandad and I grew to love that car. Every home game, he’d pick me up, take me to the chippy for chicken, chips and curry sauce; then we’d head for the Hawthorns.”

Chiles, 51, can still remember the date he passed his test: “July 4, 1984. I sat in my Mini Metro and this feeling of euphoria came over me. I could drive on my own. I could go anywhere I wanted.”

Even as a young man, Chiles wasn’t that interested in a “flashy” motor. As well as Metros, he’s had a Fiat Uno, a Punto, a Volvo and a Ford Focus estate when he was the “nice bloke with the Brummie accent”, presenting Working Lunch for the BBC.

As his television career took off, with Match of the Day 2, followed by The One Show, then ITV Sport, he went a bit more upmarket, with a string of E and C-class Mercedes. Now presenting on BBC Radio 5 Live, he owns a BMW 520d — but insists that he’s more interested in comfort and economy than go-faster stripes and horsepower.

“You could argue that it’s a sign of middle age and the gentle slope to death, but most of my driving is up to Birmingham for the Albion or Manchester for my radio show, so why do I need a racing car? I had a sit in my mate’s Aston Martin the other day and I got stuck. I had to roll out onto all fours. Definitely not for me.

“My main priority in any car is the hi-fi. It’s a priority for my kids, too [Chiles has two teenage daughters with ex-wife Jane Garvey, a presenter on Radio 4’s Woman’s Hour]. They fight for the right to link their phones to it.My eldest daughter, who’s just doing her A-levels, always sits behind me where I can’t see her and has the music so loud I can’t talk to her. If I want to say anything to my children, I have to put my hand up!”

Not all Chiles’s motoring memories are happy ones. For some reason, his dad’s SD1 made him car sick. “Just the smell of the interior would have me retching,” he groans. “I was driving down the M5 last year and, as I passed a stretch of woodland, I suddenly had this feeling . . . I was sure that was where I hoiked up a bag of chips all over my new trainers.”

Adrian Chiles: my life in cars