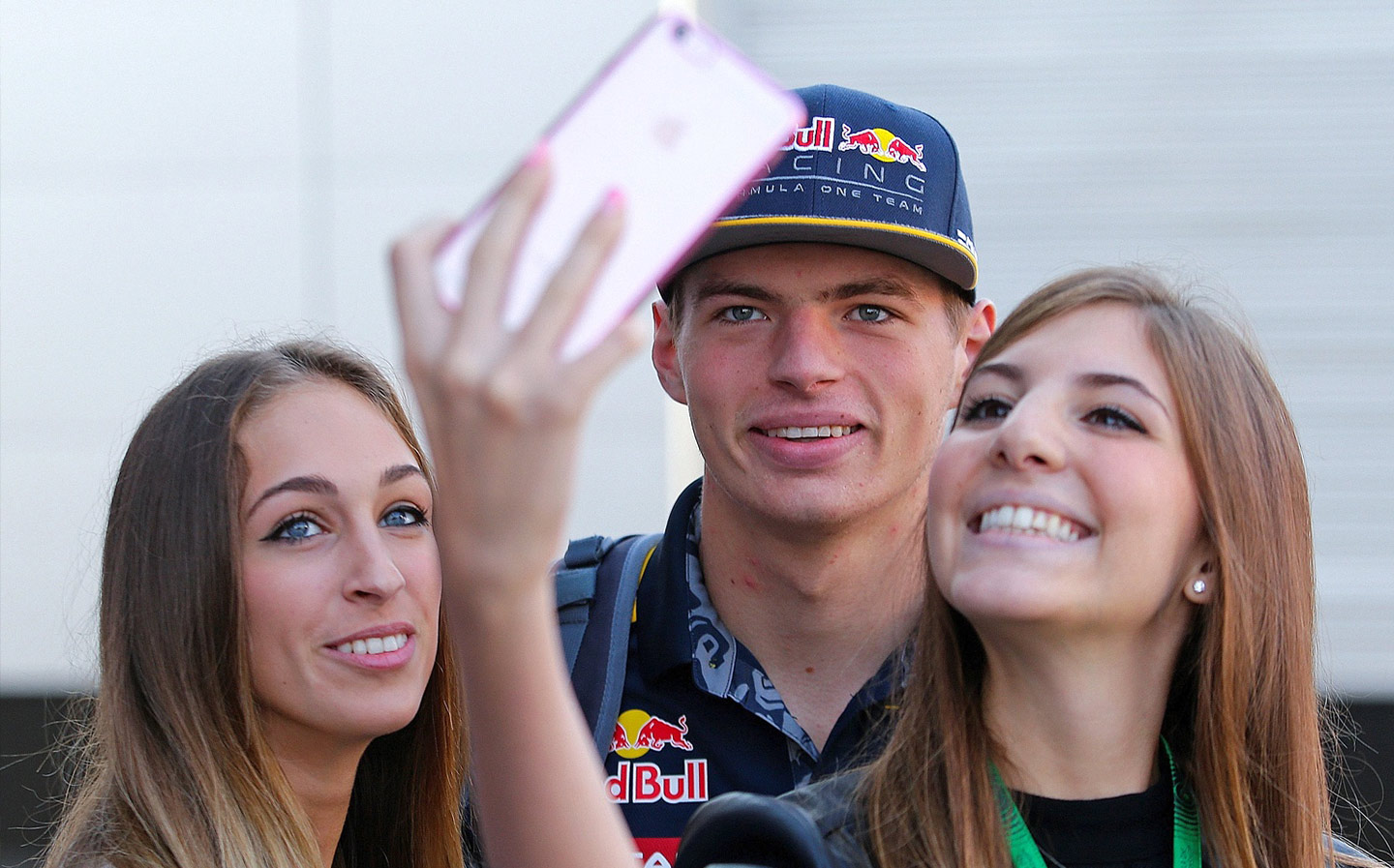 Who is the best Formula One driver of all time? Difficult, difficult. I would say Ayrton Senna . . . for the moment.

What’s your favourite track to race on? [With no hesitation and a big smile] Spa [in Belgium].

Who would be your dream teammate, other than the present one [Daniel Ricciardo], of course? My dad [Jos Verstappen, also a former F1 driver]. It would be good competition.

What has been your favourite race so far? Victory in Barcelona [his only F1 win]. Absolutely. Being back in Barcelona [for testing this season] doesn’t have a special meaning, but that race . . .

Who will be 2017 world champion? We will have to wait and see.

Would you consider yourself a possibility? No. I have no expectation at the moment.

Who was on the posters on your wall as a child? No one. Just countries and the world map. I wanted to know where everything was.

Did you have a cuddly toy as a child? Yeah, I don’t know how to explain this: it was the dress that my mum was wearing when having me, which ended up being like a cuddling thing that got smaller and smaller and smaller. I still have it. It’s somewhere in Dad’s house.

Are you any good at Scalextric? I did it when I was younger and I was all right, but nothing special.

How many attempts did it take to get your driving licence? One. It would be a big, big drama if I had to do it twice or three times.

Did you make any mistakes during the test? I didn’t give way once. But they were, like, miles behind so I didn’t see it necessary to stop. So I just continued, but clearly he [the driving examiner] thought differently.

Who is a better driver, you or your dad? I think my dad would say me and I would say me as well. [Big laugh] He has been working with me since I was really young so I think it’s normal that eventually I will be better than him because he was always trying to improve me.

What’s the most extravagant thing you have ever bought? I don’t know. Depends – can be a watch, can be a car, depends what you like.

What’s the best present you have ever received? [Big pause] Two years ago, I think, I got two jet skis so that was nice. They were from my manager together with my dad.

Home cooking or restaurants? Restaurants, because I don’t want to do the cooking myself. My mum can cook very well. She makes good pasta and meat and she can make very good salad.

What was your favourite food as a child? The same as it is now — carpaccio.

What food do you hate the most? Fish, in general. Well, almost all fish; some white fish is OK, but not too much.

If you could go to any sporting event in the world, other than F1, what would it be? A World Cup final with Holland in it and hopefully they would win it.

Who would you most like to meet, dead or alive? I’m OK with it. Just my friends and family.

What’s your biggest superstition? Nothing.

What’s your most prized possession? My PlayStation and my [racing] simulator. Yeah, those things. Absolutely.

What are you most scared of? Spiders. The small ones are fine, but the big, black, hairy ones, I would run away.

You have two hours to kill in an airport. What do you do? I would sit in a nice restaurant and eat nice food.

Wine or beer? I don’t drink during the season, and in the off season only a little bit. I like a little bit of beer.

What’s your favourite item of clothing? Doesn’t really matter to me that much. Something nice, clean and causal. Some nice shirts maybe.