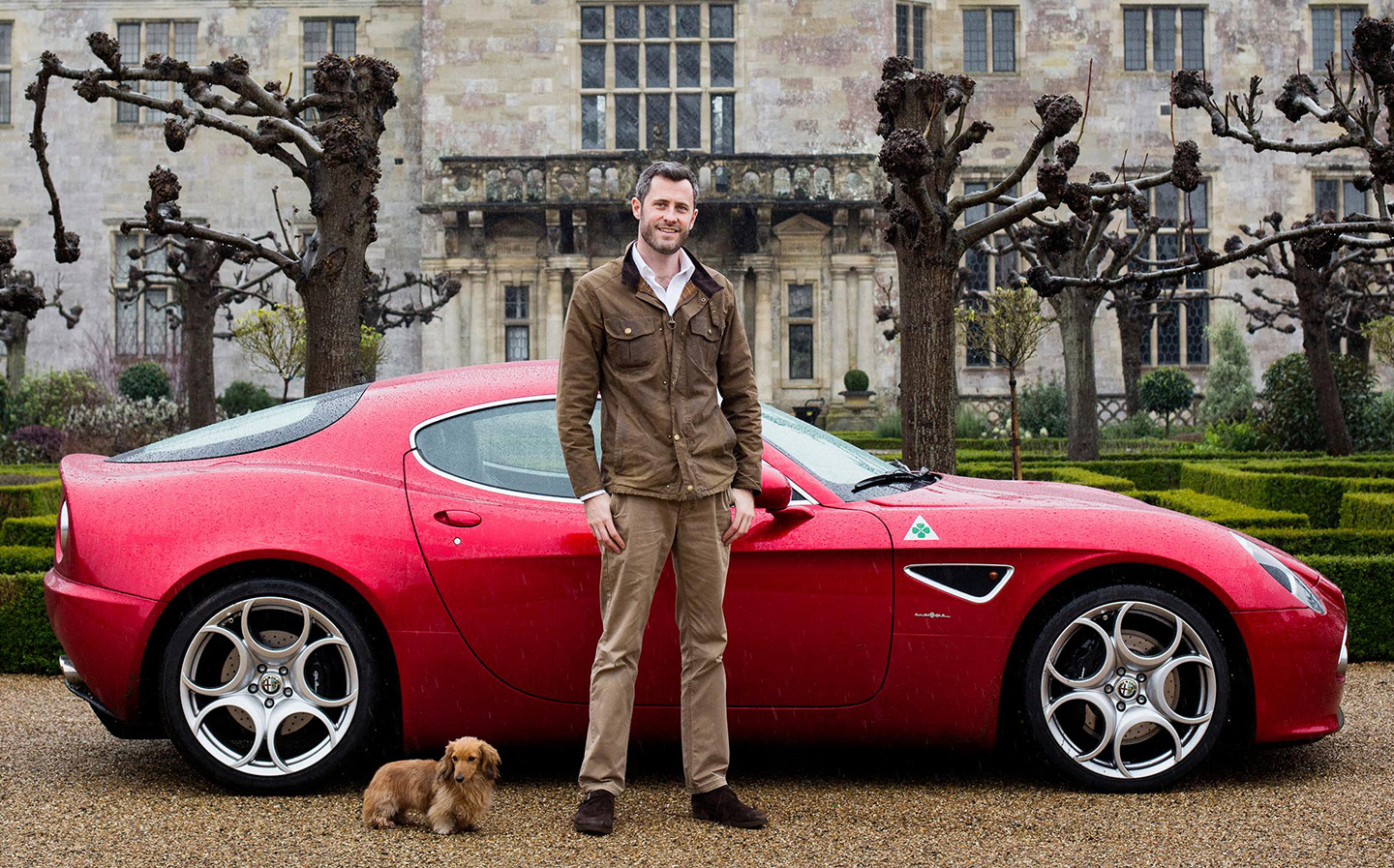 WILLIAM Herbert was 26 years old, living in London and working as an industrial designer, when he suddenly inherited a £115m fortune, including a Palladian mansion crammed with Van Dycks and Rembrandts and a 14,000-acre Wiltshire estate.

“I wasn’t at all prepared,” reflects Herbert, the 18th Earl of Pembroke, whose father had died from cancer. “My father was only 64. As heir, I had to give up a job I loved and learn how to run the family estate.”

Owning a pile as large as Wilton House is not all bad, and it has enabled the earl to indulge his love of cars. Inspired by his great-grandfather Arthur Wignall Tate (grandson of Henry, founder of the Tate gallery), who in 1909 was given a Mercedes grand prix car for his 21st birthday, put mudguards on it and used it as his daily runabout, Pembroke started the Wilton Classic and Supercar show. It began as a small charity event in 2009 but has grown to feature hundreds of vehicles.

As a boy, Pembroke, 38, was “completely obsessed with cars” and built a collection of model ones, including a Bugatti Type 35 and a Lancia Aurelia. “I think I had good taste in toys,” he laughs.

Then, aged 10, he was given a petrol-powered go-kart by his father, which he used to terrorise the gardener. “I would tear around the grounds making a total mess of his manicured lawns.”

When he was about 13, he was taught to drive by his father, a film director best known for The Awakening of Emily, an X-rated movie starring Koo Stark. “My father sat me in an old, canvas-topped Land Rover and showed me how it worked. It was such a difficult vehicle to operate that when I eventually drove a normal car it seemed easy.”

“We ended up balanced precariously over the moat, like in the final scene from The Italian Job”

Even so, there were mishaps. The first involved a Morris Marina van, given to Pembroke when he was 14 to drive round the estate. “I let a friend have a go but he lost control and crashed through a wall. We ended up balanced precariously over the moat, like in the final scene from The Italian Job. My father was livid.”

After passing his driving test at the second attempt, he bought a second-hand Ford Puma coupé. “It was a great car — except travelling uphill. With more than two passengers, the air-conditioning had to be switched off to give the engine more power.”

The car was pimped with side skirts and spoilers. It survived until he left Sheffield Hallam University (where he got a first in industrial design) and bought a Honda S2000 convertible. The two-seater is still in his collection and was followed by two high-performance Nissan Skylines, imported from Japan. “I used to play Gran Turismo on my computer and the Skyline was a favourite car from that game. I modified mine to go even faster.”

After he inherited Wilton estate in 2003, he bought a “sensible” Porsche 911; his collection now includes a Bugatti Veyron, a Datsun 240Z and an Alfa Romeo 8C Competizione. “The Bugatti is too conspicuous to use as an everyday drive. My wife, Victoria, drives a Range Rover Sport because we have three children.

“I find it easy to buy cars but much harder to sell them. Luckily, they have become a very good investment — and there is still plenty of room in the garage.”

William Herbert: my life in cars