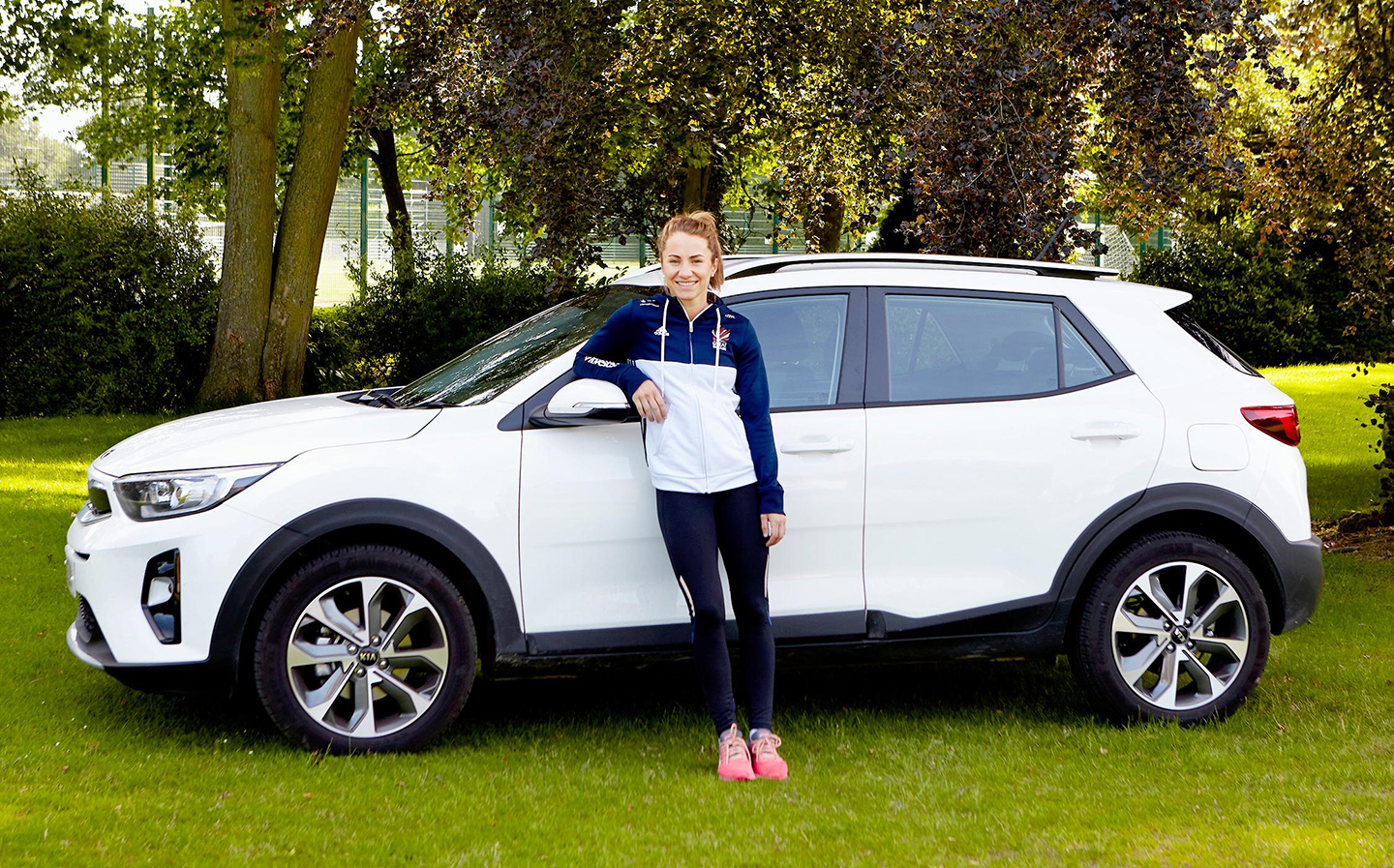 DESPITE being a PE staple for generations of children, hockey has lagged behind other sports in terms of television coverage. But that changed at the Rio Olympics in 2016, when Team GB’s women took the favourites, Holland, to a 3-3 draw in the final and then beat them in a penalty shootout — even delaying the start of the BBC News at Ten.

Shona McCallin was part of the team, but missed this year’s Commonwealth Games because of concussion. She hopes to be among the medals again when England line up for the hockey World Cup in London this month.

McCallin, 26, grew up on the family farm near Newark-on-Trent, Nottinghamshire, and describes herself as a bit of a tomboy, driving her mother to distraction with her energy.

“My parents had their hands full rearing 60,000 ducks,” she laughs. “So when Mum saw an ad for a two-hour taster session at Newark hockey club, she took me and my older sister, Kate, along. From age six, I was hooked.”

It seemed like a good idea, but it meant a lot of driving. “Our village was quite remote. There were only four buses a day, so Mum ferried me to training and matches in her Volkswagen Golf.”

McCallin tried football, swimming and athletics but focused on hockey and soon played her first under-16s match for England. “It was in Cardiff and my gran came to watch. I was too nervous to remember pulling on the national shirt.”

By then her mother was almost a full-time taxi service. “It was crucial I learnt to drive as soon as I could. Fortunately, I passed my test at the first attempt, two months after my 17th birthday.

“Until then, Mum had always been at the wheel. We liked to listen to music and talk. The only radio programme she insisted on was The Archers at 7pm. The theme tune still rings in my ears.”

“Her mother was almost a full-time taxi service. ‘It was crucial I learnt to drive as soon as I could'”

McCallin shared the Golf with her mother for six months. It survived being flooded in a car park at the England hockey training centre at Bisham Abbey, Berkshire, and was recently sold with 250,000 miles on the clock.

McCallin then bought a “tired” Renault Clio for £500. The purple supermini was nicknamed Pedro. “It was the only car I’ve had an accident in. I skidded on black ice and spun around in the road. Fortunately, I just burst a tyre.”

The midfielder’s rise up the England rankings accelerated after she went to university in Holland, where hockey is second only to football in popularity. She studied international business, captained England under-21s and claimed four European Championship medals, including gold in 2015.

She never expected to come home from Rio with a medal. “I just thought the team was as well prepared as we could be,” she says. “I do remember thinking how my life might have changed by the return flight, but I didn’t dare dream any further than that. We prepared for everything — apart from actually winning.”

When the team came home they were besieged with requests for media appearances and sponsorship deals. One offer she accepted was for a Mini Clubman estate. McCallin describes it as her first “proper” car and it made her understand how driving could be more than just getting from A to B.

Now living in Maidenhead, she drives a Kia but dreams of being able to afford an Audi R8. “But there wouldn’t be much room left for my hockey sticks,” she sighs.

Shona McCallin is an ambassador for Investec

Shona McCallin: my life in cars