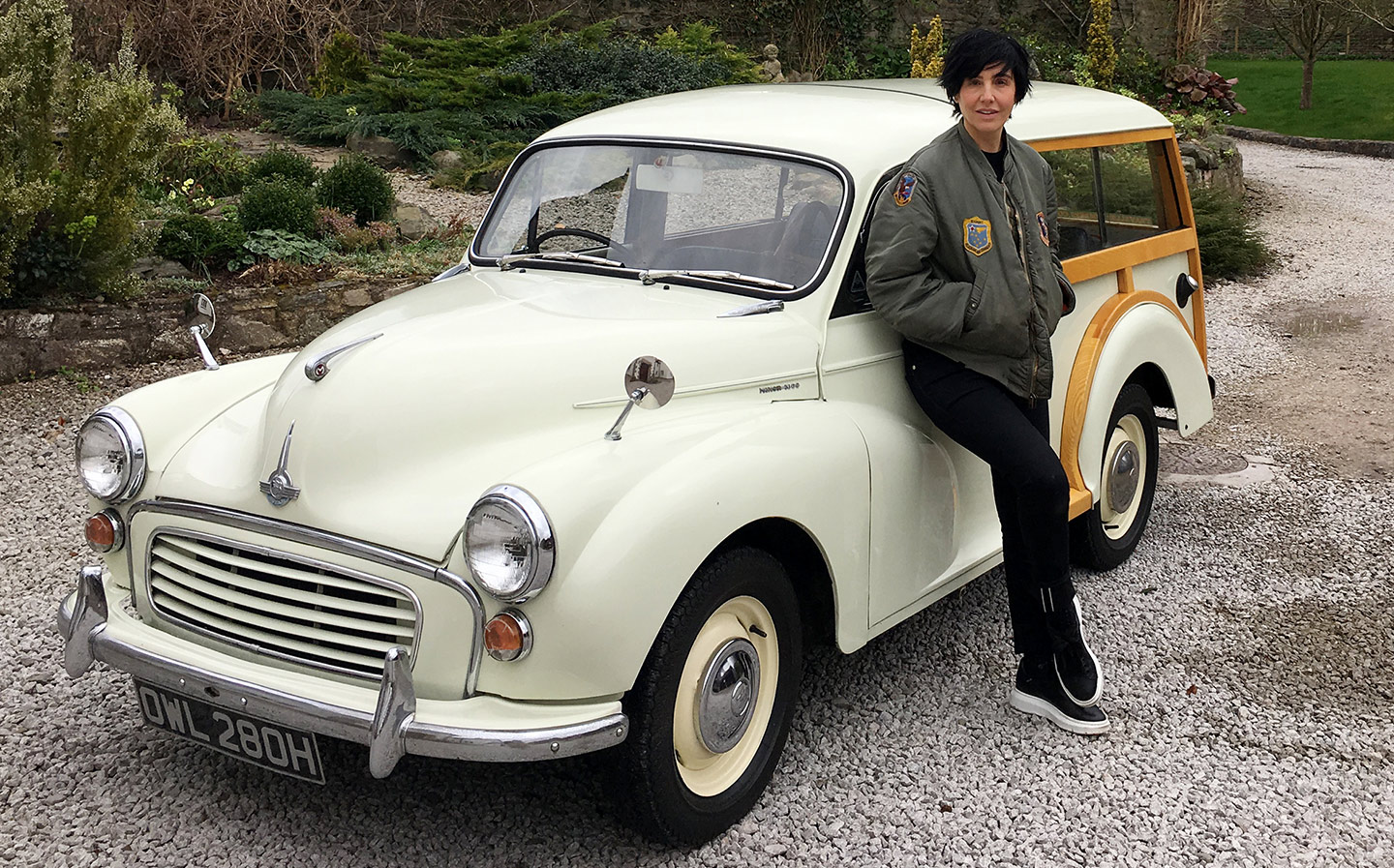 “I AM SO excited about this interview,” laughs Sharleen Spiteri, lead singer with the Scottish rock band Texas. “Most of the time I get asked all the usual stuff about the new album but now I finally get the chance to talk about Moggie.”

Moggie is Spiteri’s 1970, “old English white” Morris Traveller, a car she first fell in love with as a schoolgirl in Scotland.

“Neither of my parents drove until I was in my teens,” says Spiteri, 49. “We took the bus everywhere. My granddad loved his cars, though, and he had a gorgeous Riley Pathfinder. But the car that made the biggest impression on me belonged to my grandparents’ neighbour, Mrs Dickie. As soon as I saw it, the Morris Traveller became ‘my car’.”

Spiteri was born in Bellshill, near Glasgow, but the family later moved to Balloch, at the foot of Loch Lomond. After leaving school, she worked as a hairdresser and, inspired by idols ranging from the Clash to Diana Ross, she also formed Texas. She needed a car for carting guitars to gigs.

“At 18, I took one of those week-long driving crash courses, then failed my test on a stupid right-hand turn,” says Spiteri, still fuming. “I was so annoyed, I burst into tears. Thank God I passed second time and got myself a second-hand Volkswagen Golf.”

The band’s 1989 debut single, I Don’t Want a Lover, was a global hit. Although only 21, Spiteri ditched the day job, became a full-time musician and bought a brand new BMW 3-series. “When I told my insurance company, they just said, ‘Sorry, luv. This is going to cost you.’ Insurance companies still think all musicians are drunks and drug addicts.”

It was at this time that Spiteri fell in love with driving. “For some people, it’s all about travelling from A to B as quickly as possible, but I get off on the actual drive itself,” she says. “A bit of Echo and the Bunnymen’s Ocean Rain on the stereo. Yes! I feel so focused that it totally clears my head.”

“Driving Moggie is unlike anything I’ve ever experienced … the smell of the leather, the wing mirrors actually on the wings”

Her love of the outdoors led her to rock climbing but, sadly, the 3-series wasn’t built for off-roading. “I went completely the other way and got a Land Rover Defender. This was before 4x4s became trendy, but we get a lot of snow in Scotland and I used to love sailing past all the cars stuck at the side of the road.”

In the late 1990s Texas enjoyed a resurgence in popularity with two No 1 albums — White on Blonde and The Hush — and a string of hit singles. Back then, Spiteri was in a relationship with Ashley Heath, a magazine editor, and the couple had a daughter — Misty Kyd — in 2002 (before parting in 2004). Having fallen out of love with the Defender — “the suspension felt a bit harsh, especially when I was pregnant” — Spiteri bought her first Mercedes G-class, and still owns one today.

She loves her motors and can’t understand drivers who don’t lavish a bit of care on their cars. “Treat it with a bit of respect!” she exclaims. “I cannot stand it when you see crap all over the seats and sweets stuck to the carpet. It was tough when my daughter was little but I’d rather have her sitting on a rubber mat than have jelly babies on the upholstery.”

Spiteri recently became engaged to Bryn Williams, a chef, and had often told him about Mrs Dickie’s old Morris Traveller. On Christmas morning, 2015, she found one on the driveway, a gift from Williams. “I was cooking Christmas dinner and couldn’t work out why everyone was being so cagey. My sister kept saying, ‘Look out the window,’ and there she was, Moggie. Totally original, even the woodwork.

“Driving her is unlike anything I’ve ever experienced … the smell of the leather, the wing mirrors actually on the wings. Cars might not be living, breathing, emotional beings but that doesn’t stop us falling in love with them.”

The new Texas album, Jump On Board, is released on April 21. The UK tour starts in September: gigst.rs/texas

Sharleen Spiteri: my life in cars