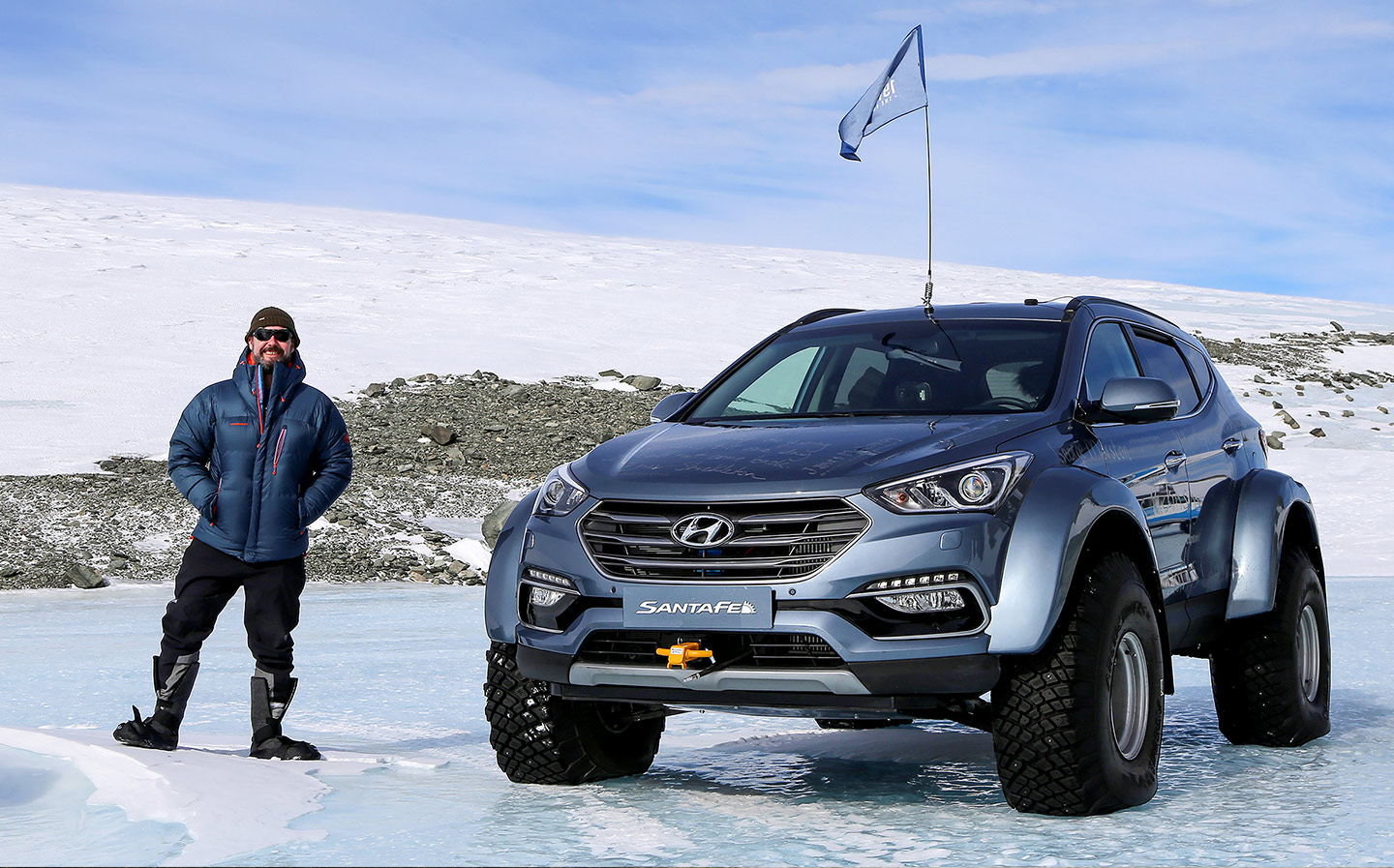 PATRICK Bergel remembers the haunting black-and-white photographs of a three-masted ship sinking into the Antarctic ice that hung in his childhood home. He also recalls the name of his great-grandfather, Sir Ernest Shackleton, being mentioned in reverent tones. Still the world of polar exploration seemed a long way from his sheltered upbringing in Surrey.

Those memories left their mark, however, so when the technology entrepreneur was asked if he wanted to recreate Shackleton’s planned 1914-15 expedition to cross Antarctica via the South Pole — albeit this time by 4×4 — “the obvious answer was yes,” he says. Despite the fact that London-based Bergel, 46, had not yet felt the need to take his driving test.

In 1909, Shackleton and his team made it to within 112 miles of the South Pole, the closest anyone had got. After Roald Amundsen won the race to the pole, in 1911, however, Shackleton decided to make the first trans-Antarctic journey instead. That hope was dashed in January 1915, when his ship, Endurance, got stuck in pack ice and sank. Shackleton and his crew camped on the ice for five months before sailing their three lifeboats to an inhospitable island. He and five men then braved a further 920 miles of open, stormy ocean to get help. Thanks to his leadership, everyone made it safely home.

One hundred years after his great-grandfather’s return, Bergel and his team of 10 (including film crew), backed by Hyundai, set out to complete the mission, replacing dog sledges with off-roaders. Bergel took an intensive driving course and passed his test first time. Bearing a certain resemblance to his intrepid forebear, he also appears to have inherited some of his spirit: “I like doing new or challenging things.”

The 3,600-mile journey saw Bergel and his co-driver, Gisli Jonsson, an expert ice-trucker, crossing a landscape where temperatures dropped to -28C. They camped on the ice and negotiated deep snow, blue ice and sastrugi — “Ice structures laid down by the wind, which look like frozen waves,” Bergel explains. “If you hit one of those you can tear out the axle.”

Crevasses were another peril. “At one point we roped the vehicles together in case we had to drag anyone out. Whiteouts were also challenging. You’re driving in total whiteness and your mind plays tricks.”

Remarkably, Bergel’s car was an ordinary family car — a Hyundai Santa Fe — adapted for the Antarctic. Additions included 38in tyres, a 44-gallon fuel tank where the back seats used to be and portal gears (to help with ground clearance and traction in ice and snow). The diesel engine ran on jet fuel to avoid freezing.

Like his great-grandfather, Bergel stocked up on a few luxuries at Fortnum & Mason before heading out, and drank “inordinate quantities” of its smoked earl grey tea. He also got used to urinating (very quickly) into a bottle: “It’s a pristine environment. We didn’t want to leave anything behind.”

He developed a fondness for freeze-dried shepherd’s pie. “Compared with Edwardian standards, it was luxurious — Shackleton lived on pemmican, a disgusting mix of dried meat and fat. We also had relatively up-to-date satellite imagery; he had a compass and sextant.”

Bergel’s journey took 30 days. “Reaching the pole was a big thing for me because my great-grandfather had risked his life trying to get there. I read his diaries along the way and he was describing things I experienced, such as the sound of ice floes cracking in the rough sea. It brought his experiences to life — it became a lot more meaningful.”

Bergel is speaking about his polar journey for the first time to coincide with the release of a short film about the expedition, Shackleton’s Return. Having returned home himself in January, he is once again driving the 12-year-old Volkswagen Polo he bought after passing his test. “A magnificent machine,” he quips.

However, he is keen to explore his newfound love of driving and adventure. “I’m slightly afraid that this might have been a life-changing thing. Anyone who has been lucky enough to go to the Antarctic wants to go back”.

Patrick Bergel: My life in cars