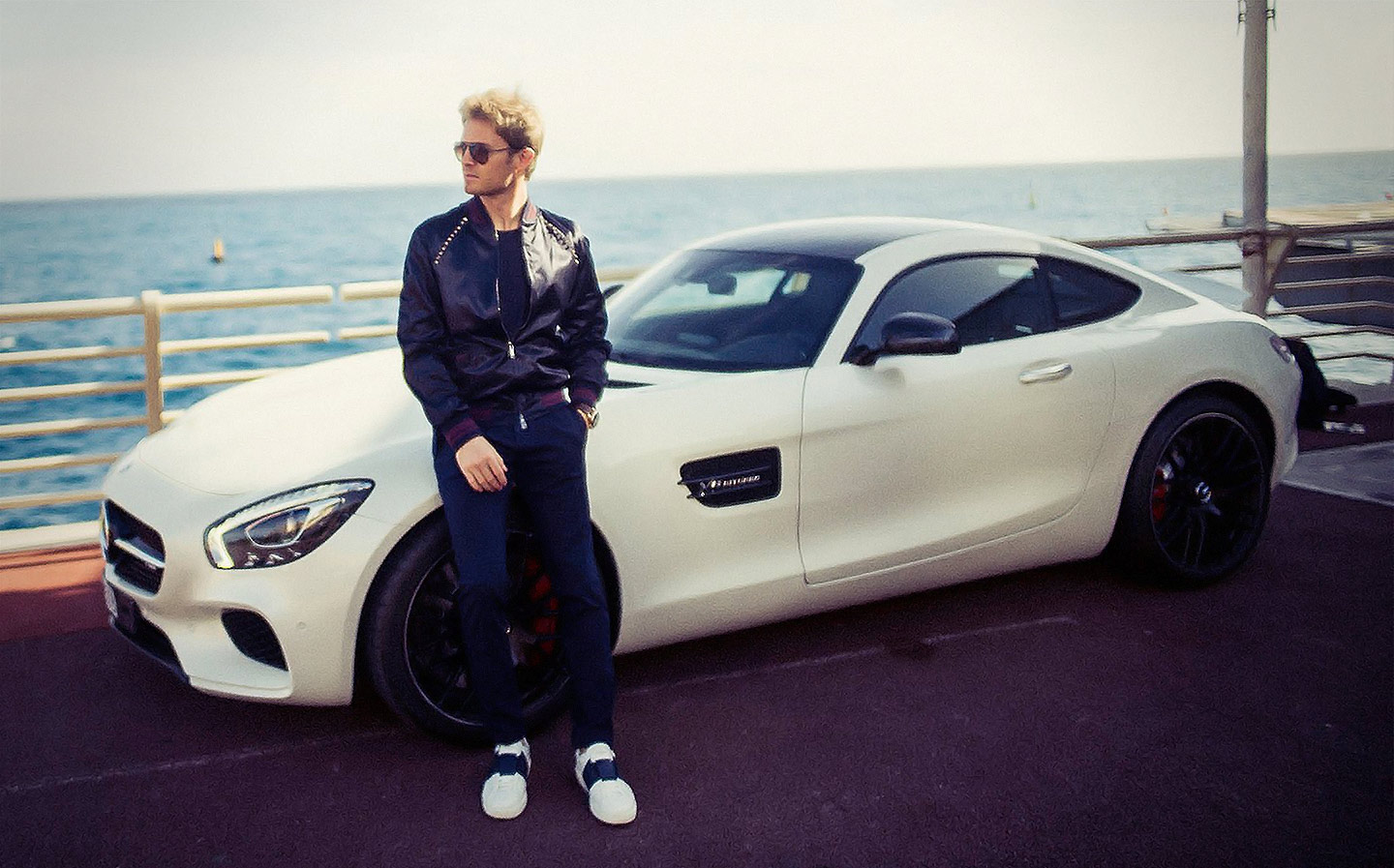 WHEN NICO Rosberg quit motor racing days after winning the 2016 Formula One world championship, there was speculation that his intense rivalry with Lewis Hamilton was the reason for the shock decision.

The pair were Mercedes teammates and had been rivals since their karting days. Their feud came to a head when their cars collided at the Austrian Grand Prix in July last year. The championship was decided at the final race of the season in Abu Dhabi and Rosberg’s knife-edge victory left Hamilton angry.

But the pair appear to have buried the hatchet after bumping into each other in London. “It’s so weird how things happen,” says Rosberg, 32. “I was walking towards my car in this random area and he ran past. It was really good to see each other. Things are good with Lewis.”

Rosberg hasn’t ruled out a return to motor sport, but he won’t be rushing back. “For now, I have no plans to pull on a racing suit, be it Formula One, Le Mans or anything else,” he says.

“There are some things I miss, but that feeling seldom happens because I’m so happy. If I miss anything, it’s the thrill of winning a race — that was so damn awesome.” 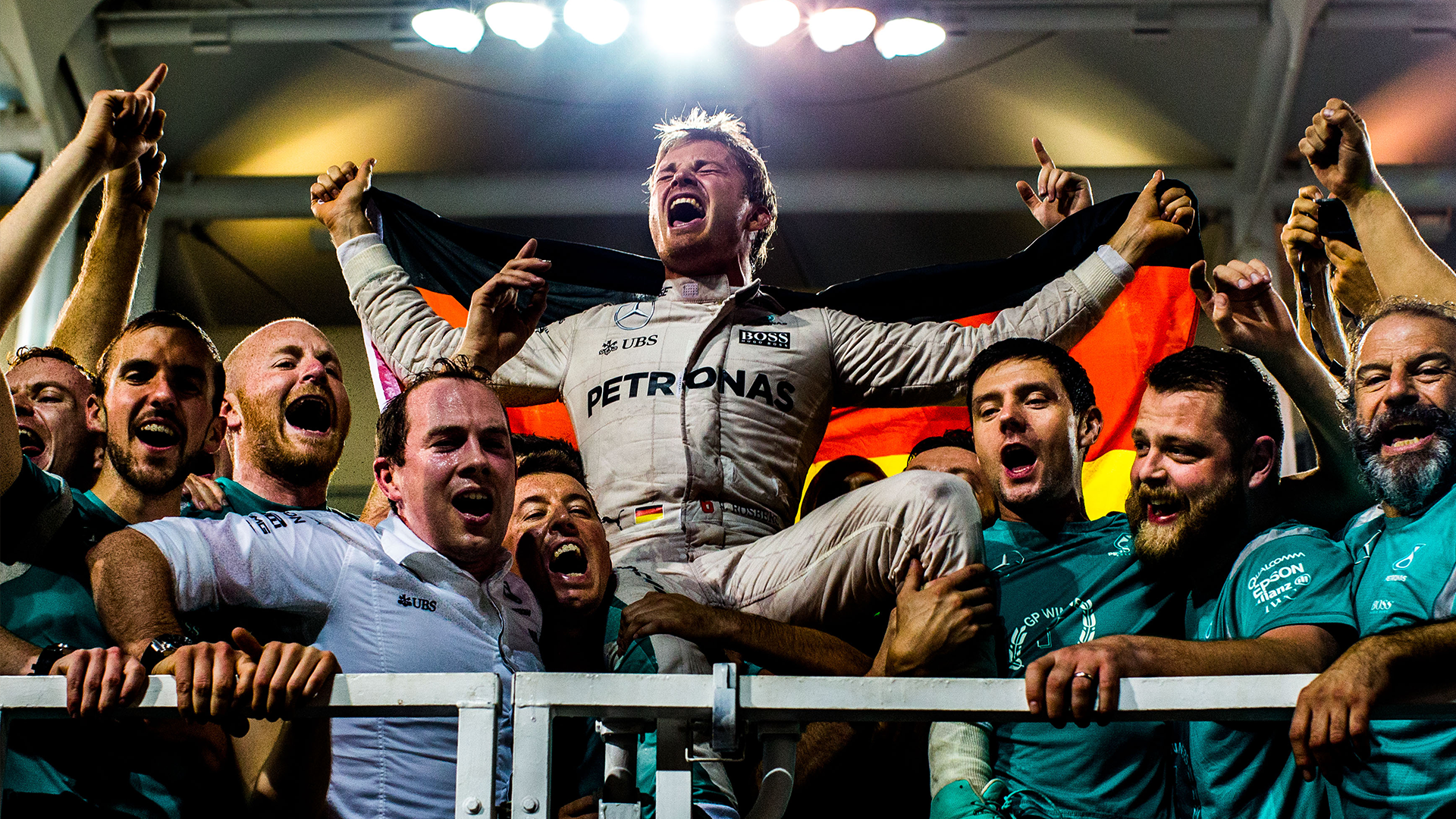 Rosberg, whose father, Keke, won the F1 championship in 1982, is now in a “phase of exploration” and taking things at a slower pace at home in Monaco with his wife, Vivian, and their daughter, Alaia, who will turn two at the end of August. The couple’s second child is due in September.

“Now I have the time to win at other things in life,” says Rosberg. “It was perfect the way 2016 went for me — and the way it ended. It couldn’t have been better.”

Rosberg’s father is Finnish and his mother, Sina, is German. He grew up mainly in Monaco and was too young to watch his father compete in F1, but remembers him driving in the German touring car masters series. “Dad was a great driver. I didn’t realise how good until I was in my teens. That was how my passion for racing started — watching him. My bedroom wall was covered in racing posters.

“Dad taught me [to drive] when I was five in his open-top Jeep Wrangler. He took me to a go-kart track in Ibiza and I stretched to reach the pedals.”

Despite racing go-karts from the age of six, Rosberg admits he was over-confident about his driving test. “I didn’t practise the parking manoeuvre and had quite a difficult moment getting into the space. Reversing is not a natural thing for a racing driver.”

His first car was an Audi RS 6, handed down from his father. “He gave me the safest model he could think of. It was a pretty amazing car to start with.”

Then came an Audi RS 4, before Rosberg joined Mercedes in 2010 and owned a string of its road cars. His first choice was a 6.2-litre SLS convertible. “I would drive that, top down, around the mountains behind Monaco. I’ve always been OK on the road — I don’t need to go flat out because I’ve had the racetrack to go crazy.”

He now owns a pair of Mercedes SUVs and a 1970 Mercedes 280 SL convertible, with a “pagoda” roof. “I love it for top-down cruising along the Mediterranean coast with my wife.”

Rosberg may still be deciding on his next move, but he has not stopped watching F1 and claims he is even cheering on his old rival.

“I still love to watch a grand prix on television. I’m a Mercedes F1 ambassador so I cheer for them. I know so many of the guys in the team and, after all, they helped me achieve my childhood dream.”

Nico Rosberg: my life in cars