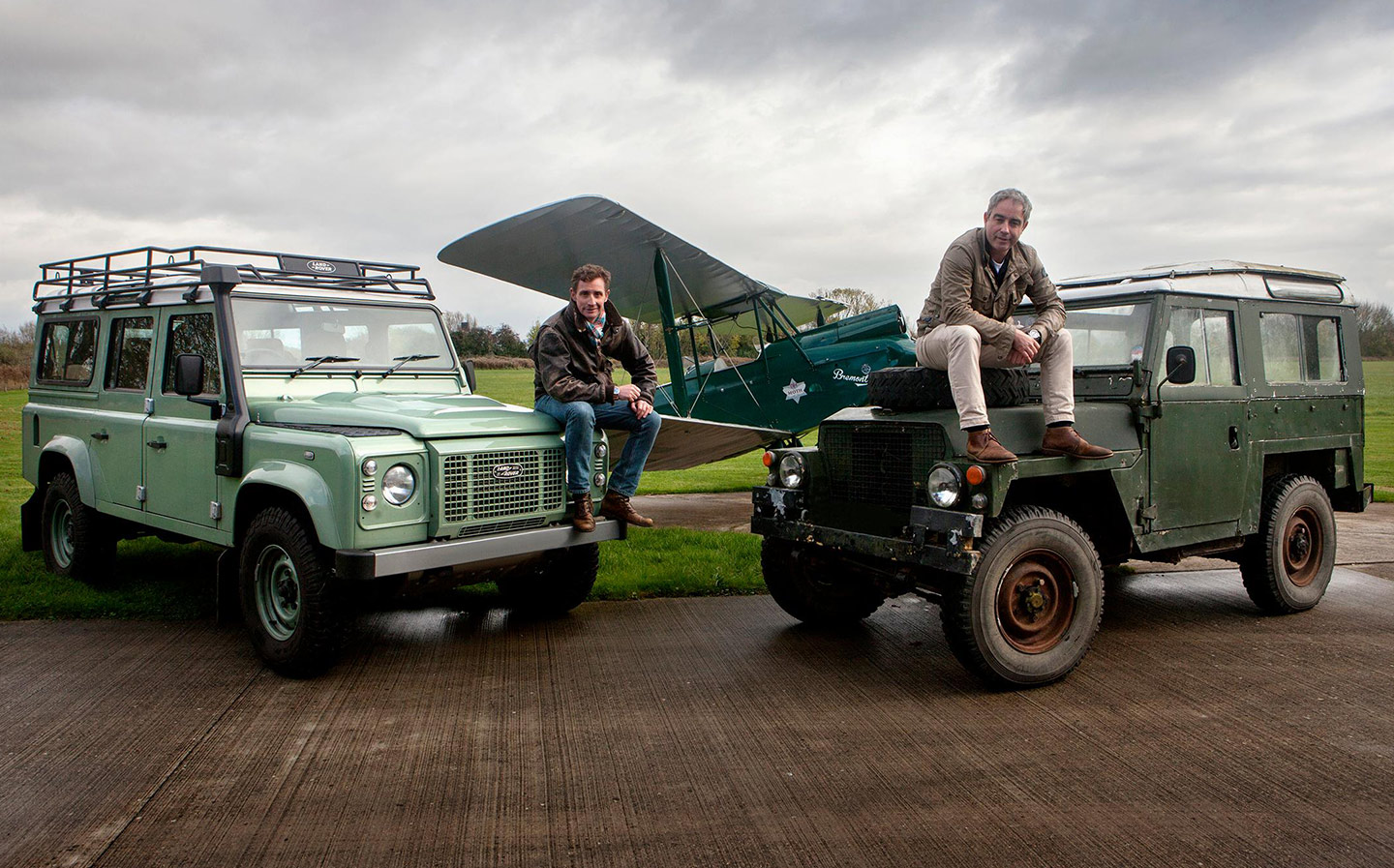 NICK and Giles English founded Bremont, maker of precision British-built mechanical watches, in 2002 and sold their first watch in 2007. This year they will sell more than 9,000 luxury timepieces. Their chronometers are in the Queen’s Jaguars and their aviation-inspired watches have been worn by the likes of Tom Cruise and Ewan McGregor.

The brothers’ father, Euan, was an RAF pilot turned aeronautical engineer and, as boys, Nick, now 46, and Giles, 43, tinkered in his workshop, taking apart everything from vintage planes and timepieces to the Jaguar E-type he had bought in 1984.

At university, they drove ageing VW Beetles, which required a lot of fettling under the engine cover. After graduation, they moved into jobs in the City and might have continued on that path, had it not been for a tragic accident. In 1995 Nick and his father were flying a 1942 Harvard aircraft when it crash-landed. Euan died and Nick suffered more than 30 broken bones, spending many months recovering.

He has one particularly vivid memory from that painful time. His arm, now patched up with metal plates, had just come out of plaster and, as he was driving his father’s old 1984 Porsche 911 3.2 Carrera, he noticed something sticking out of his arm. “I pulled at it and it came out,” he says. “It was a bit of bone.”

The accident was life-changing. Nick and Giles soon left their jobs to run their father’s airfield, before embarking on their business venture.

When Bremont was founded, Nick and his wife moved to France to be closer to the Swiss workshop where the company was developing its prototypes. He sold his Porsche and bought an old VW Caravelle: “We put everything we had into the business.”

At one point, the reliable Volvo became too much for Giles: “I popped to the garage to get a pint of milk for my wife’s breakfast and came back with a 1978 Land Rover Lightweight I’d bought for £800,” he says sheepishly. “She admonished me because we had no money at the time.”

The brothers named their company after a French farmer, Antoine Bremont, who had helped them during an emergency landing in their German biplane, and whose love of horology had reminded them of their father.

Today, Bremont is based in Henley-on-Thames, Oxfordshire. Giles, who now has three daughters, recently bought a Jaguar F-type; Nick, who also has twins (a boy and a girl) and another daughter, has one of the last Land Rover Defenders. And, despite another accident (Giles crash-landed his 1930 Gipsy Moth in 2013, breaking his back), they retain a collection of light aircraft.

Nick regrets parting with his father’s Porsche, but won’t make the same mistake with the E-type he and Giles helped restore as boys and which he now drives. “It can never be sold,” they chorus.

“Giles and I definitely have a sense of achievement,” says Nick, reflecting on the rise of Bremont, “but it is also tinged with sadness, because you can’t help but feel Dad would have loved to have seen this.”

Nick English: My life in cars

Giles English: My life in cars