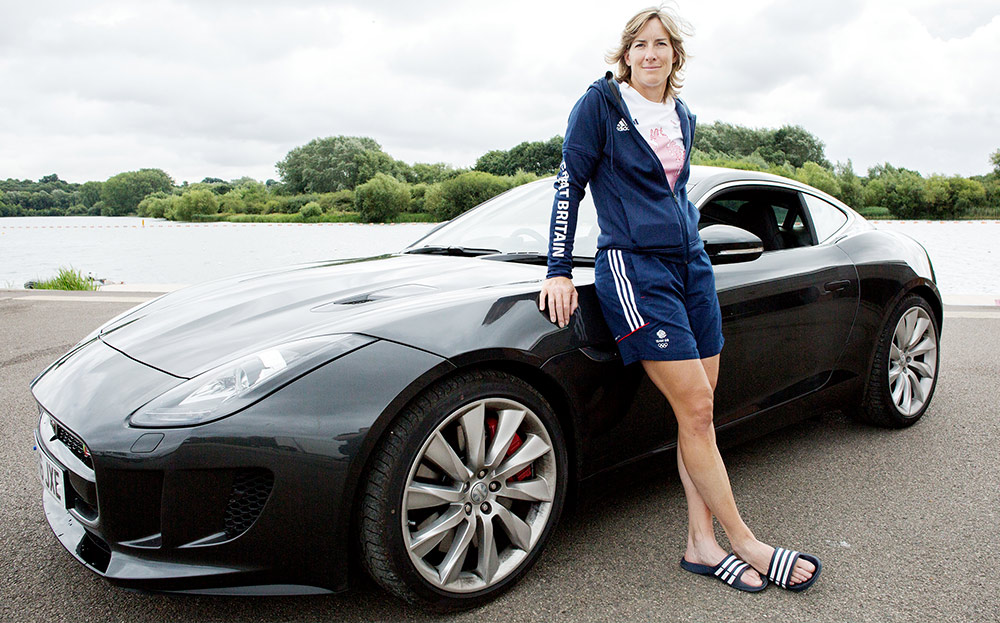 WHEN KATHERINE Grainger won silver in Rio this summer, the rower became the first British woman to win medals at five successive Olympics, including gold at London 2012. This time the gold medal eluded Grainger, and her double sculls partner Vicky Thornley, by a mere 0.95 seconds.

It was a dramatic climax to an outstanding Olympic run, after a challenging year in which the 40-year-old Grainger almost missed out on a place in the team. She has now announced her retirement from the sport that has dominated her life since she first took it up at Edinburgh University.

“I’m very proud of what we’ve achieved but I don’t know what I’m going to do with my life now,” says Grainger, who has a degree in law, as well as a master’s from Glasgow University and a doctorate from King’s College London. Her only firm plan is a driving trip to Scotland to visit relatives in her Jaguar F-type coupé. “I love the design, especially the rear and the side haunches,” says Grainger, who admits her love of cars predates her love of boats. “It’s just sensational to look at.”

One of her first memories is of sitting on her mother’s knee in her old Mini pretending to drive. “I was just three and it was parked on the driveway of our Glasgow home. I perched there playing with the steering wheel.”

At university, she was helped by her father to find a practical car that could carry her boat and equipment. She ended up with a Ford Mondeo diesel estate in a fetching shade of purple: “It was a bit old and bumped around the edges but it took me everywhere.”

It lasted until 2002, two years after Grainger had won the first of her four Olympic silver medals, that time in the quadruple sculls, at Sydney in 2000.

“I drove it into the ground,” she laughs. “Then I went online to look for a replacement but nothing inspired me — everything practical was dull. So I went to the other end of the spectrum and had a test drive in a convertible TVR. That was a mistake because then I wanted a sports car.”

“The MG was nippy and fun. I called it ‘Baby’. It had cream leather seats and proved totally impractical.”

Her finances forced her into an MG F instead. “After a Mondeo, the MG was nippy and fun. I called it ‘Baby’. It had cream leather seats and proved totally impractical.”

By then Grainger had moved to the National Sports Centre at Bisham Abbey, in Berkshire. “I loved the MG but not everybody felt the same. One of the boatmen at Bisham called it the skip because the roof was always down and things got chucked in it.”

She tried to drive it through a flooded road and wrecked the engine. “The recovery garage gave me a bag of my belongings from the car and then it was scrapped.”

She followed the MG with another two-seater — a bright blue Mazda MX-5. After London 2012, Grainger passed the Mazda on to her sister. She was by then an ambassador for the Jaguar Academy of Sport and has had a brand new Jag ever since.

Now her mind is on the future. “My PhD is in homicide but I’m not sure I want to go into law. Rowing has been my life since I was a teenager. I’ll take my time and see where the next challenge comes from.”

But first there’s that F-type and the freedom of the open road.

Katherine Grainger: My life in cars