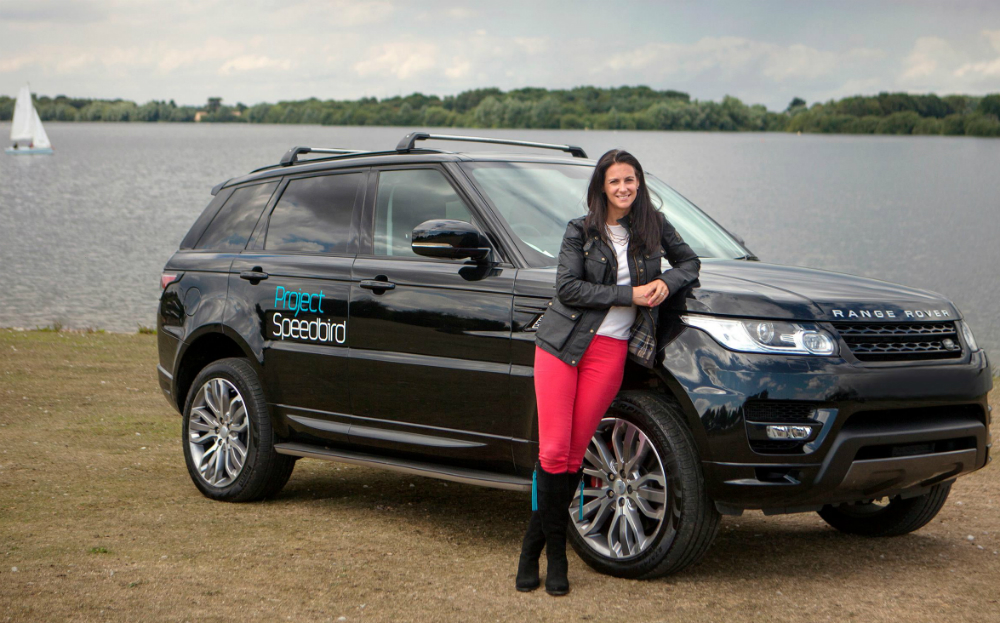 HANNAH White is on a mission to set a new record on water. Having last year become the fastest woman to sail across the Channel, she is now preparing for an attempt to break the 500-metre record. Using technology developed in Formula One, MotoGP and the America’s Cup, the hull of her boat, Project Speedbird, weighs just 18lb. It can fly over the water balanced on “foils” jutting out underneath and should reach speeds of about 40 knots (46mph).

Growing up in landlocked Newbury, in Berkshire, White, 33, didn’t catch the sailing bug until she boarded at Godolphin School in Salisbury, Wiltshire, and a friend took her to the Cowes regatta. “That first regatta was like a music festival,” she says. “We camped and partied, but not knowing what to do on the boat frustrated me. I threw up over the side a lot too.”

White’s parents also had a holiday cottage in Hampshire, next door to a promising young sailor called Ben Ainslie (now the most successful sailor in Olympic history). “I used to ogle him exercising on a rowing machine in the back garden,” she laughs.

“One day the rear wiper motor caught fire driving down the A3. I pulled in to a Little Chef and a woman ran out with an extinguisher”

Determined to improve her own sailing, White signed up for courses and took every opportunity to be on the water. In 2005 she became the youngest woman to compete in the Ostar race — one of the world’s toughest single-handed transatlantic events.

She inherited her first car, a Volkswagen Polo, from her older brother: “I was thrilled to be independent, then everybody told me what he had been up to on the back seat . . .” Her brother’s passion wagon kept her mobile — just — for three years. “One day the rear wiper motor caught fire driving down the A3. I pulled in to a Little Chef and a woman ran out with an extinguisher. It was more smoke than flames but she still filled the cabin with white powder.”
The Polo finally ran out of luck when White collided with a lorry on a roundabout. “The impact burst a hole in the trailer. Both the car and I were covered in grain.”

She wrote off her next car — a VW Golf — on a slip road off the M5. “I ended up on top of a crash barrier but nobody was injured. After that I brokered a sponsorship deal with my local garage for a Mazda3. I thought I was the Queen in my first new car. I kept it until I did the Ostar race again in 2009, finishing in second place.”

Her next car was another “sensible” Golf, which she owned until 2012, when she joined the BBC commentary team for the London Olympics. “I also became a sailing ambassador for Land Rover and they offered me a new Discovery. That was replaced by a white Range Rover Sport with a red-leather interior. It was seriously pimped up and my then husband-to-be wouldn’t sit in it. James runs a farm in Suffolk and it’s not the look a farmer wants.”

White later swapped it for a black Autobiography model. She uses it as a tow vehicle for Project Speedbird, which she also used to break the record for crossing the Channel — taking just 3 hours 44 minutes. If she can beat the 500m record, her sights are set on the one-nautical-mile record (held by the windsurfer Zara Davis, with an average speed of 34.7 knots).

Next year, White will be commentating on the America’s Cup for BT Sport. At the helm of the British challenger will be her former neighbour, Sir Ben.

“He doesn’t miss a chance to embarrass me about when I was the girl next door,” White smiles. “We’re both happily married now and the dreams we’re chasing are on the water.”

Hannah White: My life in cars