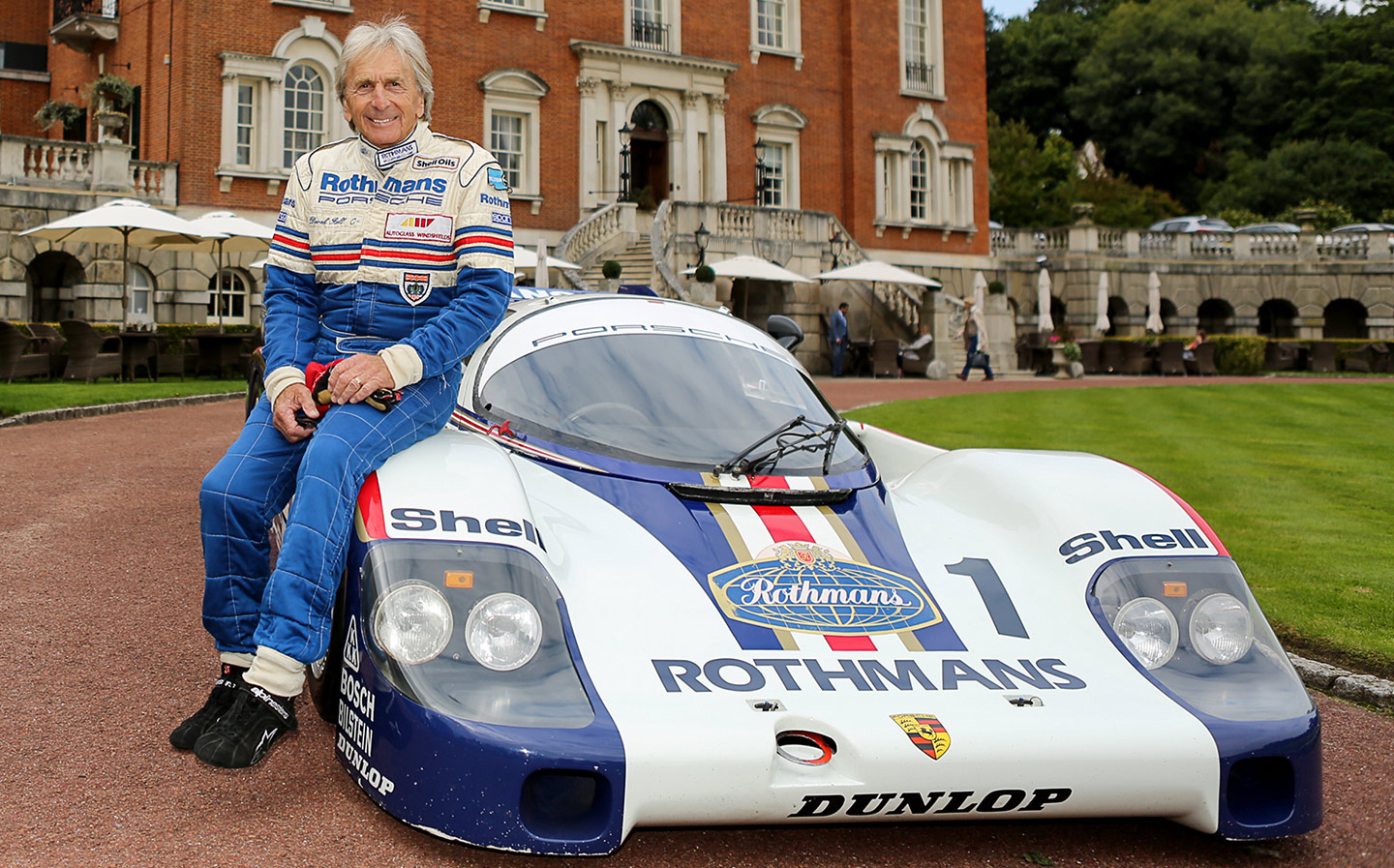 HI NAME may not be as instantly recognisable as the likes of Stirling Moss, Jackie Stewart or Lewis Hamilton, but to true motor-sports aficionados, Derek Bell is one of the greatest drivers the UK has produced. His five victories in the Le Mans 24-hour race, three wins in the 24 hours of Daytona, plus two World Sportscar Championship titles, speak for themselves. And then there was the time he almost did for Steve McQueen.

“It was 1970, I was driving for Ferrari, and I helped shoot some scenes for a movie called Le Mans,” chuckles Bell, 75. “Steve McQueen was the star and there’s a bit where he has to follow me in his Porsche. On the final take, I really went for it. When we got back to the pits, Steve jumped out of the car, shouting, ‘That lunatic’s trying to kill me!’ McQueen was a man’s man, passionate about cars and built with balls of steel.”

The same might be said of Bell who, on the same set, was lucky to escape with only minor burns after his Ferrari 512 burst into flames.

Bell grew up on the family farm in Pagham, West Sussex, and his first drive was in a David Brown Cropmaster tractor. “I was driving from the age of nine,” he says. “Admittedly, only at 12mph.”

He passed his driving test after a single lesson and persuaded his stepfather to pay £100 for a Ford Anglia. “You only had to look at this thing and it would roll over. And that’s what happened … I ended up in a ditch. I can’t imagine why I thought I was good enough to race cars for a living.”

His stepfather persuaded him to invest in a Lotus Seven in 1964, his faith being repaid with victory in Bell’s first race. “I could only afford a 998 Mini Cooper for the road. That poor thing had to tow the Lotus to each race; hours, days, pottering along at 40mph.”

After Formula 3 and Formula 2, Bell made his F1 debut in 1968 for Enzo Ferrari. “I was living this wonderful life, but we all knew the reality of racing during that era. I had dinner with Jim Clark and Graham Hill the day before Jimmy died at Hockenheim. I was in that race and heard he’d had a crash, but didn’t know how bad it was. Then I saw his mechanic carrying one of Jimmy’s driving shoes. I’ll never forget that image.”

“I heard Jim Clark had had a crash, but didn’t know how bad it was. Then I saw his mechanic carrying one of Jimmy’s driving shoes. I’ll never forget that image”

In those days, Ferrari drivers weren’t given Ferraris for the road, so Bell bought a second-hand Jaguar E-type. “I took it down to Maranello [home of Ferrari]. The place went mad, all the mechanics rushing over to see this beautiful machine.” Then, in 1972, he bought a Ferrari 275 GTB/4, which he still regrets selling.

Bell has three children with his wife, Misti, and Justin, his eldest son, followed him onto the track. Watching him race is hard, he says. “I was with Justin during qualifying for the Indy 500. As he was pushing 200mph, I had this image of a giant funeral parlour … all the drivers that had died there.”

Still, his “favourite race” will always be Le Mans, 1995, when father and son competed together. “Third place with my son on Father’s Day,” Bell smiles proudly.

He retired in 2009 and is now a test driver for Bentley. “I’ve raced the Continental GT at track days and that thing really goes. A Brit behind the wheel of a British marque, overtaking Porsches and Ferraris. Ha! They didn’t know I was a professional driver. They just thought, ‘Christ, that’s a Bentley!’”

Derek Bell: my life in cars

Derek Bell and Jacky Ickx will be guests of honour at the opening evening of the London Classic Car Show at ExCeL, February 23-26 (thelondonclassiccarshow.co.uk)