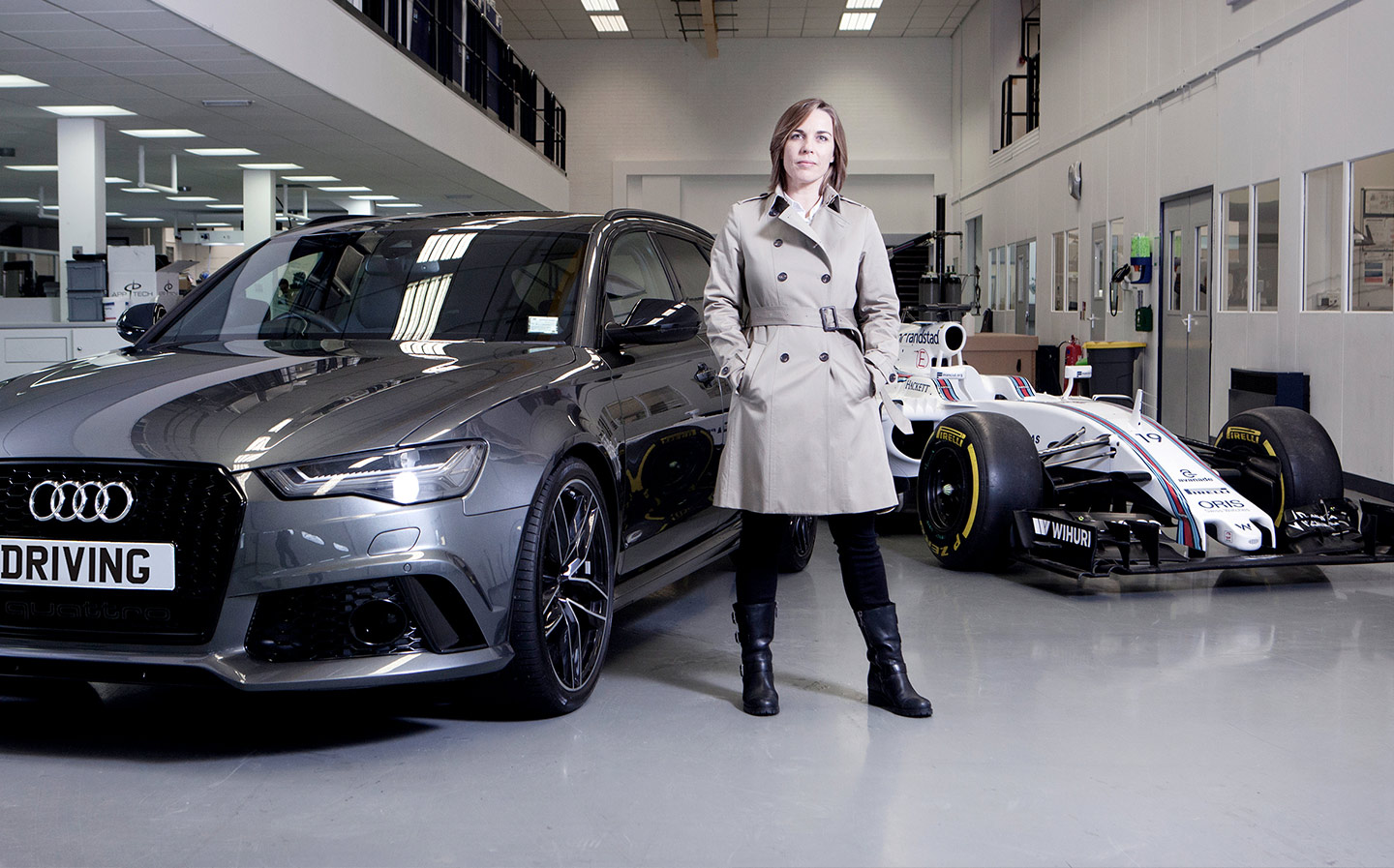 Claire Williams is one of the most powerful women in motor sport, heading the Williams Formula One team with her father, Sir Frank. This month she will launch the team’s campaign to steer its drivers Felipe Massa and Lance Stroll to grand prix victory.

Her sights are set on reviving the glory days of the 1990s, when Williams won four F1 championships with Nigel Mansell, Alain Prost, Damon Hill and Jacques Villeneuve.

It could have all been very different for Williams, 40, who remembers being “more interested in boys” than cars as a teenager. She also has childhood memories of her speed-mad father turning “doughnuts” with her in the passenger seat.

“I had to swear I wouldn’t tell Mum,” she laughs. “He had a Rover Metro and I would squeal as he spun it round and round in a circle of smoke.”

Her mother, Virginia, enjoyed hurtling around at high speed, too, though she drove a Ford Capri: “She would race Dad — and beat him sometimes.”

Frank remained “notoriously gung-ho”, says Williams, until a car crash in 1986 left him a quadriplegic. These days he can joke about the accident, saying he wishes he’d been injured driving something a little more exotic than a rented Ford Sierra.

Williams’s own first car was equally ordinary — “a clapped-out Renault 5” — in which she began to teach herself to drive. “I spent hours learning three-point turns on our driveway and using a flowerbed as a roundabout.”

“I ordered a special-edition Clio in ‘strawberry red’. It turned out to be pink. I was horrified and begged Dad to give it back”

She passed her test while still at boarding school in 1993: “I loved the freedom. I would sneak out and drive off to see friends.”

By then, Williams F1 was in its heyday, winning five constructors’ championships with Renault engines that decade, as well as the four driver titles. “Our family likes to drive the cars of our F1 engine partners, so after the Renault 5 died I ordered a special-edition Clio in ‘strawberry red’. It turned out to be pink. I was horrified and begged Dad to give it back.”

She had to stick with it, though — even a run-in with a deer failed to put it out of action. Only in her final year at university was Williams able to switch to a Renault Mégane coupé, before joining Silverstone racing circuit as a press officer. In 2002 she moved to Williams F1. BMWs and a Porsche Cayman followed.

When she was appointed deputy team principal in 2013, Williams splashed out on a black Aston Martin DBS. But after the death of her mother, from cancer, that year, her approach to driving changed: “I started to feel slightly unsafe. I was probably more in touch with my mortality. Nowadays I feel quite scared driving on the road. I even take a longer route to work, just to avoid a dangerous junction.”

Even so, her next car was a Porsche 911 Turbo, which she still drives. “I’m only 5ft 4in, so the smaller Porsche fits me better.” She also shares an Audi estate with Martin Harris, her partner, who works for the team too. “We have two Labradors and they would trash my 911 in seconds.”

The new F1 season kicks off in Australia next Sunday. Williams is expected to take the helm one day, making her only the second female team principal in F1 (the other is Monisha Kaltenborn, who runs Sauber). But for now, her father, 74, is going nowhere. “Dad will only retire when he dies,” she says. “He’s not the type to sit in his dressing gown watching daytime TV. It’s more fun in the office.”

Claire Williams: my life in cars