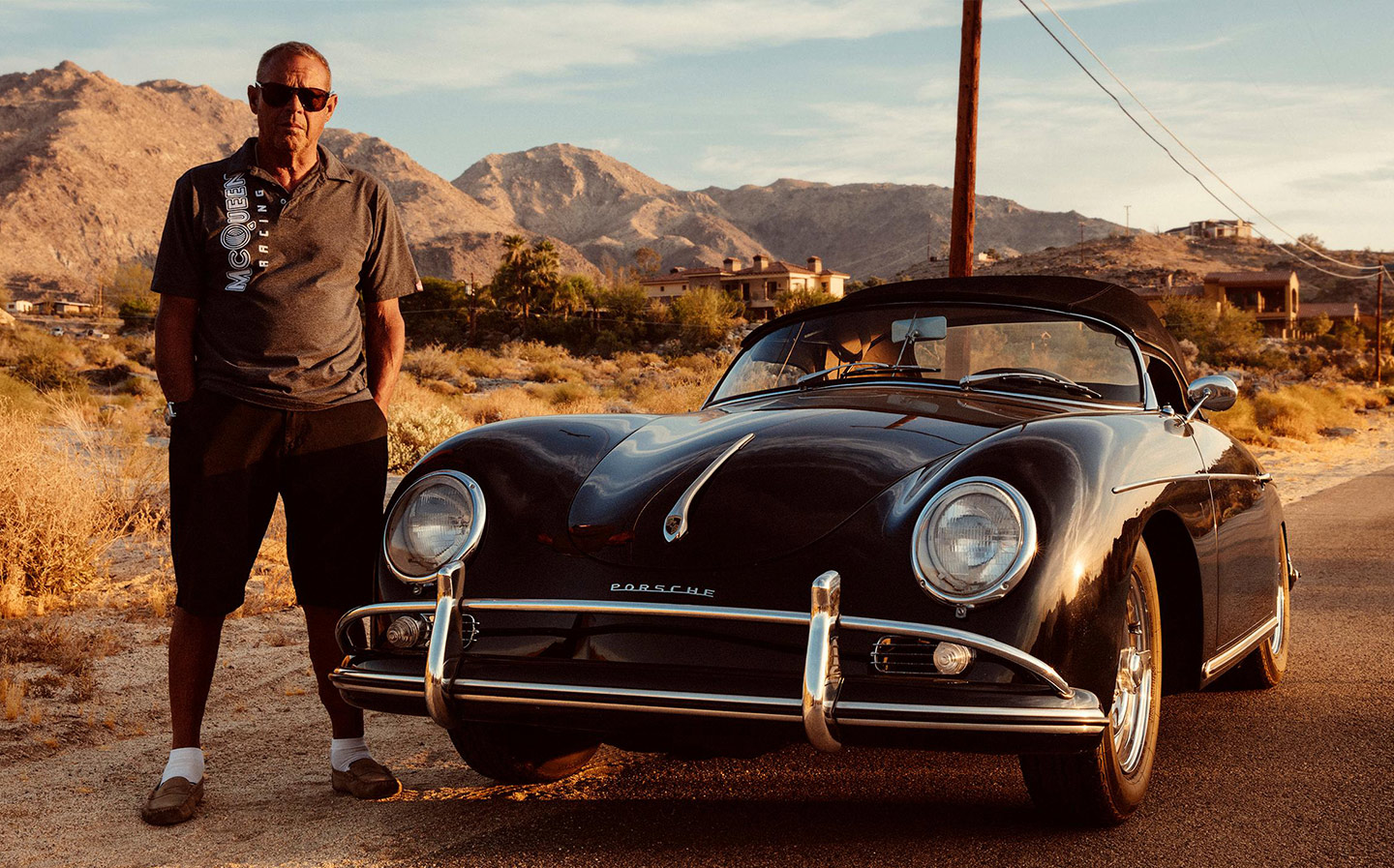 STEVE McQueen had a reputation as a hellraiser but according to his son, Chad, he was a great father. “Every other kid wanted him as their dad so he must have been doing something right.”

In between shooting the Hollywood films that made him an international star and the world’s highest-paid actor in the 1970s, McQueen fathered two children, Chad and his sister, Terry.

He took time off to teach them to ride motorcycles and to swim. Chad McQueen, 56, recalls that one of his father’s favourite stunts was to run at full tilt into the family’s swimming pool at their Los Angeles home so for a few fleeting seconds he appeared to be walking on water.

“He made us laugh out loud,” says Chad. “They were good times.”

His father’s films, including The Great Escape and The Magnificent Seven, are still watched by millions. The star died aged 50 after an operation at a clinic in Mexico in 1980 to remove a tumour. Chad also lost his sister to a rare congenital illness.

Chad’s own interest in cars began when he was very young. “Because I had dyslexia, my mum and my dad really taught me how to read with car magazines — the only thing I really gave a damn about was cars.

“When I was 10 we spent the summer with Dad in France, where he was filming [the motor racing movie] Le Mans. At the track, he swings open the door of this Porsche [racing car], waved me over and sat me on his lap. To me it seemed like we were going a million miles an hour, but I don’t think he actually went much over 120. For one split second, when we were driving, my dad took his hands off the wheel, so I was steering.

“His love of cars was so infectious, it screwed me up for life.”

Chad McQueen followed his father into acting and motor sport. He appeared in films mainly in the 1980s and 1990s, including New York Cop and The Karate Kid, and won an award for a TV documentary called Filming at Speed. He raced until his career was ended by a near-fatal accident while he was practising for the 24 Hours of Daytona in 2006.

“I believe I cut a tyre. It could have been driver error. I can’t remember, dude. I hit awful hard, but, yeah, I lost the car and went and hit the back wall and everything came in on me. I was comatose for 3½ weeks, broke my neck, broke my left leg, basically both the tibia and fibula. Yeah, broken arm, all my ribs on the right side, collapsed lung.

“I was 138lb [9st 8lb] when I got out of the hospital, so it took years to get back to where I’m riding bicycles and driving again. I only knew I was better when [my kids] started treating me like rubbish again. I said, ‘Aha, I’m back.’”

He still suffers pain from his accident and from metal implants in his neck and back, and he wears sunglasses to mask damage to his eye. “Dad left me a piece of property next door to our old house [in Malibu], so I built on that when I was 25 years old. But I’ve got to tell you, with my injuries, going back to [Malibu] and that [oceanside] damp, I go for a couple days, and it’s like going back to the hurt locker. I’ve been spending a lot of my time in the Palm Springs area, Palm Desert. It’s a little drier there.

“Would I change anything? No, I wouldn’t. Motor sport is the strongest drug in the world.”

McQueen has three children of his own, Steven (28, an actor), Madison (20, an actor, fashion designer and photographer) and Chase (22, a footballer who has played for US and UK teams, including Cheshunt FC).

Losing his own father at a young age had a lasting effect, Chad says. “I think when you lose a parent, you think about them every day. I don’t think that goes away.

“Trying to get all three of my kids under one roof for Father’s Day is getting harder, but hopefully I’ll be with all of them.”

Steve McQueen was ill for a year before he died with mesothelioma, a lung cancer caused by inhaling asbestos, and in that time he became a devout Christian.

“My dad knew the end was coming, and I remember [the evangelist] Billy Graham came to the house — I think Dad was finding his way to go to the next place. I remember, he would wake me up at seven in the morning to go to church, which never happened before he got ill. So I think he was looking for peace.

“I don’t worship regularly, but I do believe in a higher power, for sure. Somebody was definitely watching over me when I had my boo-boo [at Daytona].”

Steve McQueen’s film Le Mans — about the annual endurance race that is staged last weekend — is cited by top motor-sport drivers, including Allan McNish, a three-time Le Mans winner, and Tom Kristensen, a nine-time winner, as their inspiration.

“These days I can go to racetracks around the world, which I do, and [I meet] a driver who is perhaps 15 years old and he says, ‘Oh, I love Le Mans,’” says Chad. “That’s who my dad wanted to reach. That’s who mattered, and it’s why it has become such a cult classic for the racing community and motor-sport fans.”

Steve McQueen: The Man & Le Mans is on DVD and Blu-ray
Click to buy from Amazon.co.uk (sponsored)

Chad McQueen: my life in cars