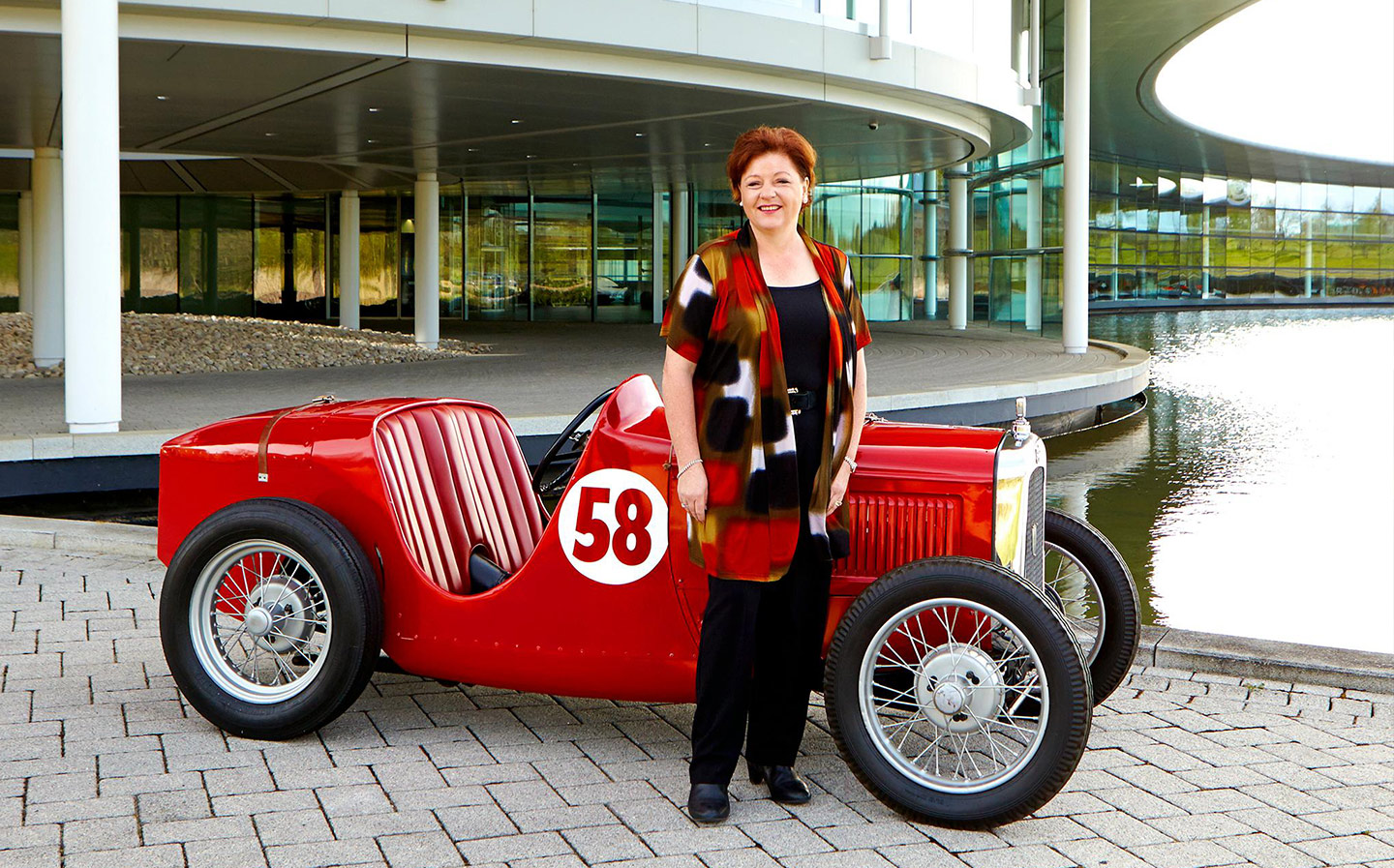 AMANDA McLaren is the only child of Bruce McLaren, founder of one of the most successful teams in Formula One history. Childhood snaps show her at the wheel of various diminutive racing cars and prototype sports cars, and the men she called “Uncle Graham” and “Uncle Jack” were the F1 champions Graham Hill and Jack Brabham.

She was just four years old when her father died, while testing his latest McLaren car at Goodwood in 1970, but racing continued to be a huge part of her life, as her mother, Patty, maintained her involvement in the race team into the 1980s. The family home in Walton-on-Thames, Surrey, was called Muriwai, after the beach in New Zealand where her father won his first race (in the 1929 Austin 7 pictured), aged 15, and she would zoom around the gardens in her little pedal car.

McLaren, 51, is now a brand ambassador for the McLaren Technology Group, in Woking, which has grown to become a renowned manufacturer of sleek supercars. That was always her father’s vision, says McLaren: “There are photographs of me as a little girl in the prototype road car Dad built, called the M6GT.”

Born in New Zealand, Bruce had Perthes’ disease, a hip disorder that left one leg shorter than the other and required years of painful treatment. The family had a garage business and also raced cars, and when Bruce was finally able to get behind the wheel of a racing car, there was no stopping him.

He joined Jack Brabham’s Cooper F1 team in 1958 and the following year won the US Grand Prix at 22. “Dad left to set up his own team in 1965. He won at Le Mans in 1966 with fellow Kiwi Chris Amon, then dominated the Can-Am series in North America for years, driving with another New Zealander, Denny Hulme.”

“Dad was killed doing what he loved. Mum protected me from the trauma of his death at the time”

Still going strong, with Fernando Alonso and Stoffel Vandoorne at the helm, the McLaren team has won 182 grands prix, 12 drivers’ championships and eight constructors’ titles in F1, and Bruce’s life is the subject of a new documentary.

Entitled simply McLaren, the film shows how Bruce was a talented driver, but also an engineer and inventor. He had planned to make his road car the fastest to ever gain a licence but his dreams were cut short when he crashed his prototype at Goodwood aged 32.

McLaren is released in cinemas for one night only on Thursday, May 25 and on Blu-Ray, DVD and digital platforms from Monday, May 29

“Dad was killed doing what he loved,” says McLaren. “Mum protected me from the trauma of his death at the time and I’m incredibly proud of what my father achieved in such a short lifetime.”

McLaren’s earliest motoring memory is not of one of her father’s race cars but of Patty’s Alfa Romeo coupé “leaking badly in an automatic car wash”.

She passed her driving test first time and was given a second-hand orange Volkswagen Beetle for her 18th birthday. “I called her ‘Freda’ but the exhaust was so noisy, it became ‘Farty’. Mum knew when I was late home because she could hear me approaching — it was as loud as Dad’s M6GT and reminded her of him.”

McLaren began training as a nurse in London but an accident with a horse left her badly injured and forced a change of direction. She travelled to New Zealand in search of inspiration, touring her father’s homeland in a Daihatsu Charade. “Everyone knew who he was. Dad was a legend.”

In the ensuing years, McLaren met her husband, Stephen, ran a farm and went from the Charade to a BMW 5-series, followed by a Toyota Hilux Surf and a Toyota MR2. She returned to England in 2014 to take on her role at McLaren’s headquarters.

Unfortunately, a McLaren supercar wasn’t included in the package. “I own a Toyota Aygo,” she laughs. “My job does allow me to drive the entire McLaren range, though, so I’m very lucky. Dad may not have lived to see his own road car go into production but he would have been thrilled at what we build here now.”

Amanda McLaren: my life in cars