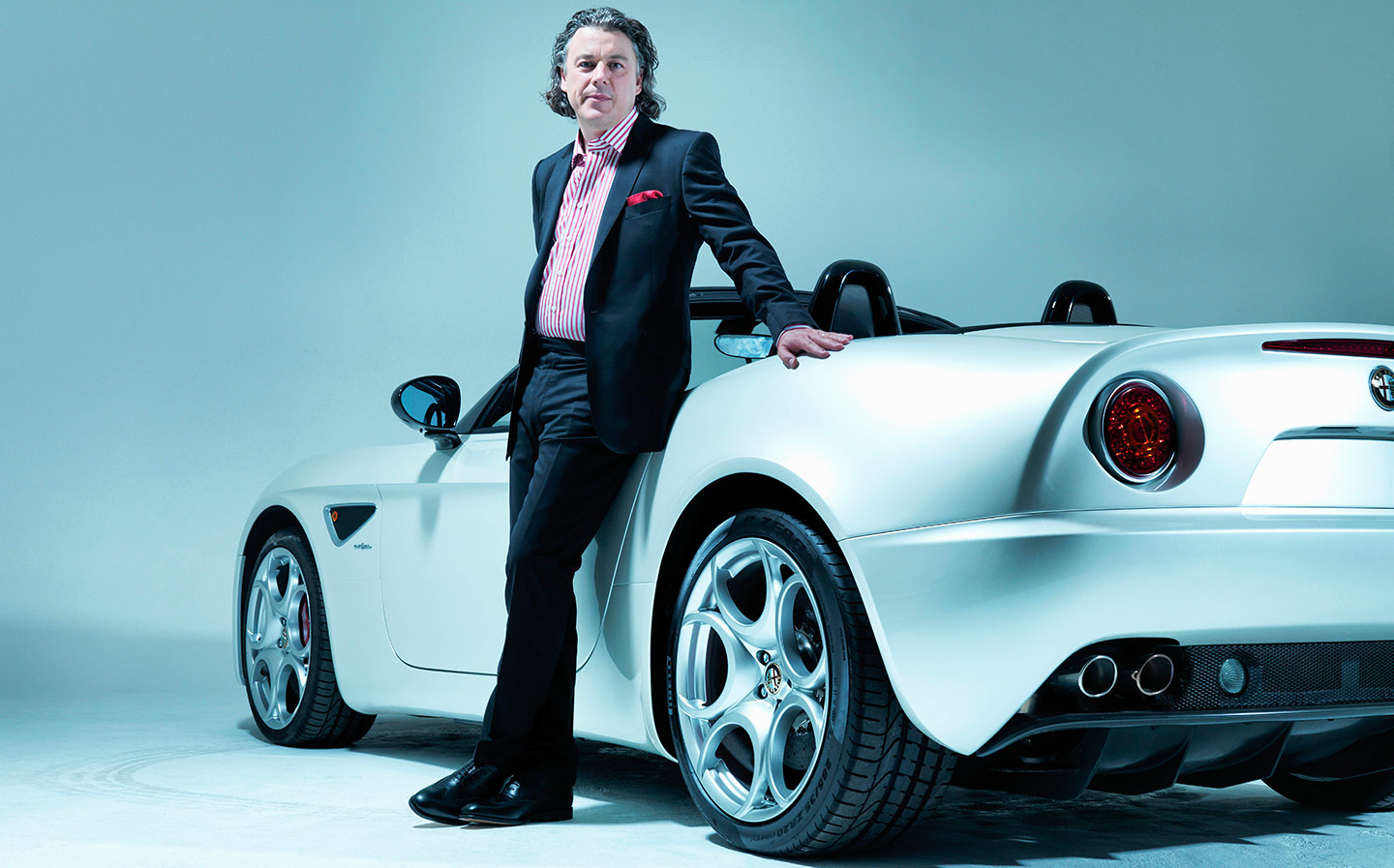 BEFORE HE became an award-winning stand-up comedian, an actor, the bloke from the Abbey National adverts and a team captain on QI, Alan Davies was a wannabe Essex boy racer.

“I could do brilliant handbrake turns,” he grins. “My dad used to hate taxiing me and my brother about. So, as soon as I was 17, he got me a Mini 1275 GT and told me to bugger off. I hadn’t passed my test, but my 17-year-old idiot mate had, and he used to sit next to me.

“I crashed it into the Co-op in Loughton.”

Deep down, Davies knew the Mini was never going to cut it with the real boy racers. “We weren’t far from the Dagenham Ford factory, and all the serious guys had [Ford Escort] XR3is.”

The handbrake turns came to an end when Davies started university in Kent and his father (Davies’s mother died of leukaemia when he was six) bought him a sensible Vauxhall Cavalier.

Davies had various Cavaliers throughout the 1980s, the last a red 1600 saloon, which he drove to gigs around the country. “One night the Cavalier was full of comedians coming back from Birmingham,” says Davies.

“Harry Hill was in the passenger seat. We passed this giant limo, and in the driving seat was the unmistakeable profile of Barry Manilow. Harry pushed his face against the window and started singing I Write the Songs. We all joined in, thinking Barry would find it funny, but all he could see was four weird blokes screaming at him. He floored the limo and we last saw him doing what looked like 150mph down the M6.”

As the stand-up career took off, Davies bought a second-hand Alfa Romeo Spider with a leaky roof and a clapped-out clutch. “The guy who sold it to me must have seen me coming a mile off.”

His next purchase was a 2-litre Alfa 145 Cloverleaf hot hatch. “Definitely the best car I have ever owned,” he reckons. “Full lock was 1½ turns, and it had 150bhp under the bonnet, which is all anyone really needs for British roads.”

“I had motorbikes for a few years, including a Ducati 916. It was a complete midlife-crisis bike”

There was one more Alfa: a new 147, bought in 2003. The car maker had resolved its rust problems by then, but the electrics could still be faulty, as Davies found out when he took Katie Maskell, now his wife, on their first date: a night at Walthamstow dog track.

“The car park was this dodgy bit of ground under a flyover, the sort of place where you’d find three drug dealers shot dead in a Range Rover,” he says. “As I turned the engine off, I heard this clunk, which I knew was the central locking. The car locked us in. I could see poor Katie thinking, ‘Is this where it all ends?’”

Living in north London for many years, Davies then decided a motorbike was the only way to dodge the traffic. “I had motorbikes for a few years, including a Ducati 916. It was a complete midlife-crisis bike. Within a couple of months my wrists had had enough.”

As the first of his three children arrived in 2009, Davies, 50, knew the Alfa days were numbered, and he soon settled on a VW Tiguan with automatic parking. “It still blows my mind. You pull up next to a space and it tells you if it will fit. I’ve started talking to it. ‘You’re havin’ a larf. You’ll never get in there.’ Reverse, turn, ping, you’re in. It’s like living in RoboCop.”

Alan Davies: My life in cars

Alan Davies’s DVD Little Victories is out on November 28