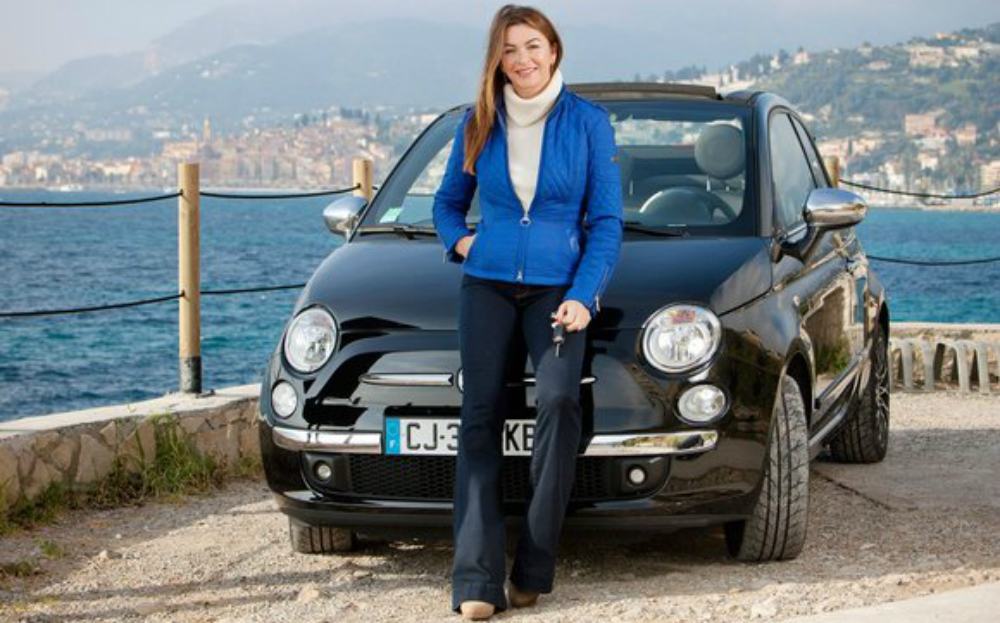 FOR THREE years Suzi Perry, 45, was the BBC’s face of Formula One. Tomorrow she starts a week of presenting the BBC Radio 2 early breakfast show.

“I passed my driving test in 1988,” she says. “I remember that incredible feeling of freedom and independence, even if that just meant going to a pub that wasn’t your local. I feel privileged that I grew up in a non-technology era without smartphones and music streaming. I had my friends and a bundle of mix tapes — cassettes — recorded from the radio.

“My first car was a tin can — a Ford Fiesta 1.1 Popular Plus in blue — but it represented freedom. Unfortunately, that feeling lasted only a week until I negotiated Leicester’s one-way system with a map. Aagh! There were downsides to growing up before sat navs.”

Fortunately, Perry found her way to her destination, a modelling audition. It led to a flourishing career and a move to Japan, where she was in demand because of her quintessentially British looks.

After a year, Perry could afford to buy a flat in London and upgrade her wheels. “I had a Renault Clio RT, black and a bit souped-up. A girlfriend of mine had the same car. We used to park next to each other and thought we were the cat’s whiskers.

“My godfather, Mel Galley, who was in the band Whitesnake, introduced me to lots of people. I found myself in Camden Town having Chinese with Jon Bon Jovi. It was a heady time: I was living the life with no responsibilities.”

“A bike is the best way through the traffic, but what used to really annoy me was the nutty drivers who would try to squash you and then apologise when they realised I was a girl”

A stint in music promotion brought Perry in touch with a group of bikers, and she was hooked. She got a job reporting on motorbike racing, although riding in London wasn’t always easy.

“A bike is the best way through the traffic, but what used to really annoy me was the nutty drivers who would try to squash you and then apologise when they realised I was a girl — not for their ridiculous driving — which was so patronising.”

Reverting to four wheels, she chose a gutsy Honda S2000 roadster. “I loved the power of that car and it was skittish — like a motorbike on four wheels. You’re on a roundabout, it’s a bit damp, and the back would slide out.”

Perry liked it so much, she owned four in a decade. She sold the last one when she moved to the south of France and began travelling to grand prix circuits around the world. That ended when the BBC relinquished its F1 coverage rights to Channel 4 in a cost-cutting move in December.

Now she drives a Fiat 500C Gucci Edition. “It’s the least powerful car I’ve had. I feel like I need to change it and power up. I’d also like something classic — a 1970s Mercedes SL. They are absolutely gorgeous. It must have been brilliant to grow up in the 1960s or 1970s. Can you imagine working in F1? It would have been so heady, extraordinary, to meet people like James Hunt.

“I had a great time fronting the BBC F1 show, being there to see Lewis Hamilton win back-to-back world championships, and having the privilege to interview him straight afterwards. Even though it’s ended, I can’t complain.”

My life in cars: Suzi Perry