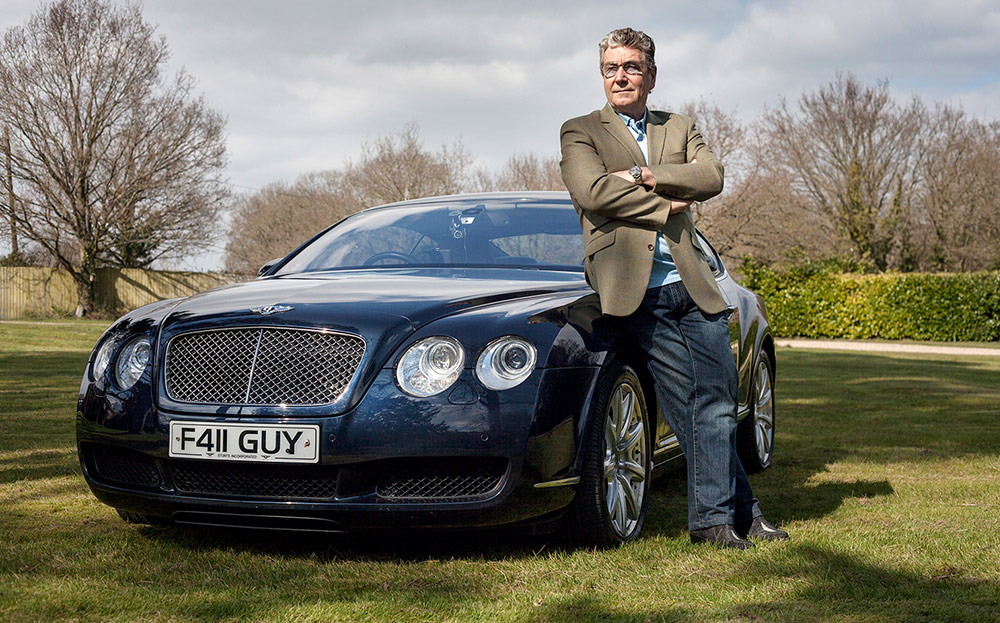 EVER WONDERED what Harrison Ford is like behind the wheel, if Pierce Brosnan really could handle his Bond cars or whether Tom Cruise is that athletic? Vic Armstrong can tell you, because he has been them.

According to Guinness World Records, the British stuntman is the most prolific of all time, doubling for stars in more movies than any other. He has featured in Star Wars, Blade Runner, Spider-Man and countless other blockbusters.

“For some actors the stunts come naturally,” he says. “Among the best are Harrison Ford, Chris Hemsworth and Andy Garcia. Pierce Brosnan was a very good driver, and Tom Cruise is exceptional, whether he’s falling or driving. He wants to do the lot.”

Armstrong, 69, did the stunts in the first three Indiana Jones films, and looked so similar to Ford, the actor joked: “If you learn to talk, I’m in deep trouble.” Fortunately for Ford, Armstrong is happiest to remain anonymous, taking the big risks for a fraction of the glory (although he prefers to see stunts as exercises in meticulous planning).

Some of his adventures have been hair-raising. Like in Indiana Jones and the Last Crusade where Ford — in actual fact Armstrong — is seen to jump from a horse, which is going full pelt along a ridge, onto the top of a moving army tank. “I was really proud of that stunt,” he says.

Armstrong started riding as a child in Buckinghamshire and became a steeplechase jockey at 14. When he was 17, a stuntman asked to borrow one of the horses at his stables, and then returned to ask Armstrong if he could ride it. He ended up doubling for Gregory Peck in the 1966 film Arabesque. Before he knew it, Armstrong was in demand, the handsome teen appealing to many a Hollywood star’s notion of how their stunt double ought to look.

His big break came in 1967, with the Bond film You Only Live Twice, starring Sean Connery, which is also when he bought his first car. “I got a £90 bonus for sliding down ropes from 125ft,” says Armstrong. “I gave it to a guy in one of the crowd scenes in return for his Ford Anglia 105E in metallic blue with a go-faster stripe.”

“When I had the money, I would upgrade my car,” he says. “The Reliant Scimitar was a favourite. Princess Anne also bought one — it was a real head-turner.”

Along the way there was a Triumph Spitfire, a BMW 2000, and a left hand-drive “big Chevy pick-up truck”, which he would drive around his Berkshire village with the dog in the passenger seat “so it looked as if he was driving”.

He’s kept the Mercedes 450 SLC, which he bought for £18,000 in 1980. “Just before it arrived, I was playing a monk on a horse in the film Omen III: The Final Conflict,” he recalls. “I was being thrown 100ft off a viaduct in a spectacular fall. I remember looking down, and the airbag [to cushion his fall] looked like a matchbox. I thought, ‘I have this wonderful new car and I may never get to drive it.’”

Vic Armstrong: My life in cars