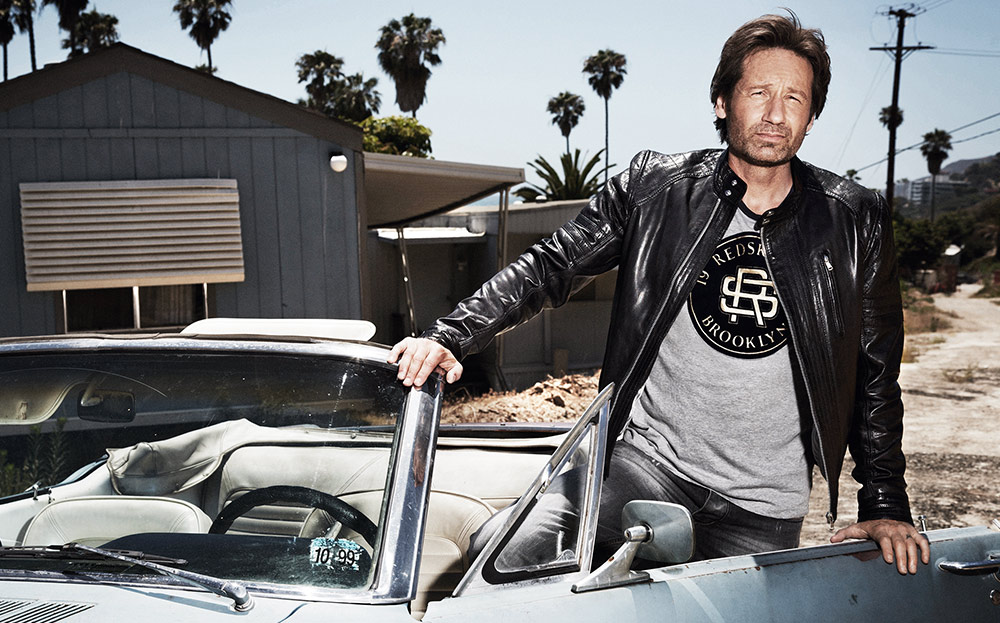 THE TRUTH is out there — and it’s electric, according to David Duchovny. The 55-year-old actor insists we will soon stop burning petrochemicals and run battery-powered cars instead. The world will be a cleaner and healthier place, he says. It’s certainly a contrast to the dark vision of the future portrayed in The X-Files, the television series that made him famous.

Duchovny’s preferred mode of transport is a Ford C-Max hybrid, which he drives partly because it does not attract attention but mainly because in it he can cruise around his home town of New York on battery power alone.

“I first got into electric cars for environmental reasons, and I had the economic means too, because they were not cheap to buy or run. One car does not change the world. It was me walking that walk in my own little way.”

It’s a different story on screen, where Duchovny’s characters put style or practicality before fuel economy. As the FBI agent Fox Mulder in The X-Files, he began his search for alien life in a Ford Taurus, and then continued it in an Oldsmobile Cutlass Ciera, Buick Century, Cadillac De Ville and, in the recent comeback shows, a Ford Explorer Platinum.

In Californication, playing the novelist Hank Moody, he drove a succession of Porsches, including a 964 cabriolet. His screen car in his current TV series, Aquarius, about a homicide cop in 1960s LA, is a 1965 Plymouth. “That is a genuine old car, with genuinely no air-conditioning,” he says. “It is a great feeling to be in such a car. But as great as that car looks —even in snot green — and feels, cars have become so much better over the years.”

Duchovny grew up in New York; his mother was a teacher and his father a writer and publicist. He studied English literature at Princeton, and then did a master’s at Yale, before embarking on his acting career.

In New York he never felt the need for a car, happy to use the underground or walk, but a move to LA changed that. He passed his test at the second attempt, aged 27, and bought his first car, a 1972 Dodge Dart. “I looked through the trade papers, found a car within my budget, 500 bucks, and a friend drove me to Pasadena to see it,” he recalls. “It was beige — or, as my friend said more kindly, ‘biscuit’.

“At one point it was watched by hundreds of millions. I think I went a bit nuts for a time.”

“For me that car meant freedom. I could drive to auditions and I could get work and earn money. At a time when no one worried much about fuel consumption, it did about 16 miles to the gallon. I drove it until it fell apart.”

Duchovny made his first screen appearance in 1987, in an advert for Löwenbräu beer, before landing a role in Twin Peaks, the cult 1990s TV show. Then, in 1993, he found fame playing Mulder, alongside Gillian Anderson’s Dana Scully, in The X-Files. The sci-fi show ran for nine series and spawned two spin-off films.

“I went from complete obscurity to someone who was known throughout the world,” says Duchovny. “I think the show was sold to about 100 countries, so at one point it was watched by hundreds of millions. I think I went a bit nuts for a time — the subject matter, the scripts, the non-stop work schedule became a bit too much.”

The show ended on the small screen in 2002 but returned this year for a six-episode run.

In the intervening years Duchovny’s life has not always run smoothly. He had a stint in rehab for sex addiction in 2008, when his own life started to reflect that of Moody, the oversexed writer he played in Californication from 2007 to 2014. He and the actress Téa Leoni, the mother of his two children, Madeline, 17, and Kyd, 13, divorced in 2014.

After his divorce, he moved back to New York — prompting a further painful separation. He sold the Toyota RAV4 EV (electric vehicle) that he used as a daily runabout on the West Coast. “There just was neither the space nor facilities to plug it in like at the house in Los Angeles,” he says.

For short journeys he uses a Vespa scooter. “When the weather changes I will get it out, but it’s no fun in freezing rain,” he says.

Duchovny has also finished his second novel and a debut album of moody folk-rock, Hell or Highwater. He took up the guitar about six years ago to encourage his children to play instruments, and his interest in poetry led him to explore songwriting. “I have always written — words, poetry, lyrics,” he says. “That was my first love, since my father, Amram, was a newspaperman in New York.”

Duchovny sings on the album, his gravelly voice and sombre delivery evoking his onscreen personas. He hired students from the Berklee College of Music in Boston to be his band. “It’s like I have been handed every dad’s dream to play in a rock band,” he laughs. “I drive myself onwards, in all sorts of ways.”

David Duchovny performs his debut album at the O2 ABC Glasgow on May 5, and Union Chapel, London N1, on May 6

David Duchovny: My life in cars