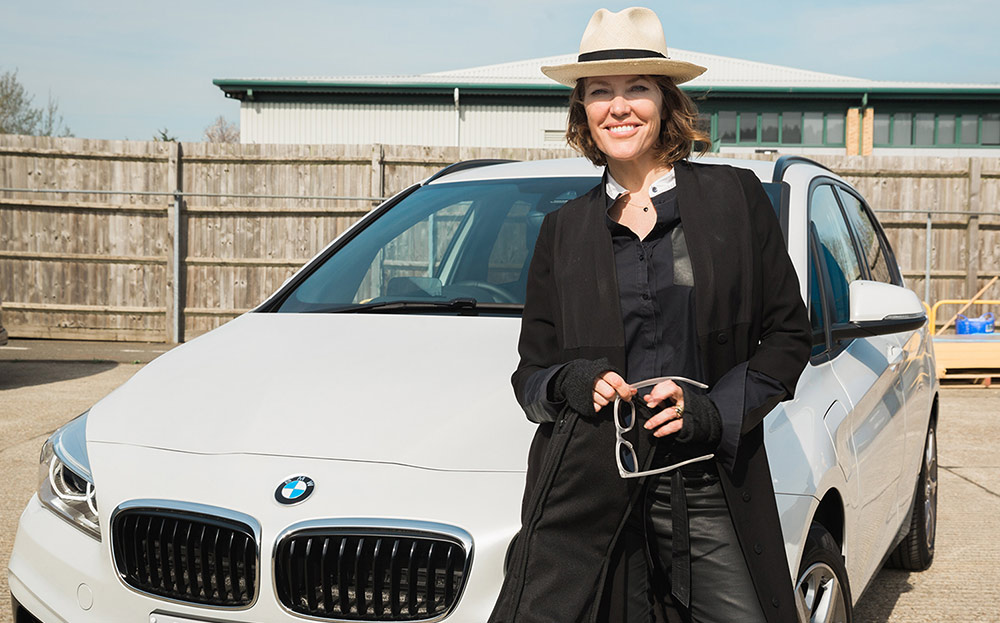 BEFORE Catatonia became one of the top-selling groups of the 1990s, Cerys Matthews and her bandmates spent many long nights driving home from London to Cardiff in begged-and-borrowed Ford Transits, trying to scrape together enough cash to pay the Severn Bridge toll.

“It was always touch and go,” laughs Matthews, the honey-voiced lead singer. “We’d get back in the early hours and I’d wake up with the volume control knob imprinted on my cheek where I’d fallen asleep on the amp.”

By 1999 Catatonia had notched up a string of hits, plus two chart-topping albums, and Matthews was behind the wheel of a new convertible. “MG gave me a silver soft-top, which was lovely,” she says. “I’m not that materialistic but I do enjoy the sound of things and this had a lovely sound. I used to drive into the countryside around Cardiff, you know those lovely days off …”

Matthews, the second of four children, was encouraged to drive Land Rovers around her grandparents’ Pembrokeshire farm from the age of 12. She passed her driving test as soon as she turned 17, giving her access to the family’s “banana yellow” Suzuki Jimny. “It was notoriously unstable. I remember taking it to the coast to chase seagulls and toppling it. My brother almost drove it over a cliff.”

Matthews was eight when she picked up a guitar and, in 1992, she formed Catatonia with Mark Roberts, her then boyfriend and busking partner in Cardiff. Their breakthrough moment came in 1998 when International Velvet went to No 1 in the album chart and Mulder and Scully reached No 3 in the singles.

“In America, I borrowed a beat-up Chevrolet pick-up truck. You’d get that truckers’ tan and listen to old-time radio.”

Then, in 2001, keen to embark on new musical adventures, Matthews packed her bags and moved to Nashville. “I befriended a guy called Bucky Baxter, who was Bob Dylan’s pedal steel [guitar] player, and I hung out at his studio in West Creek, working on my album. He had a beat-up Chevrolet pick-up truck, which I borrowed. No one had air-con, so you had to keep your windows down. You’d get that truckers’ tan and listen to old-time radio.”

Matthews returned to the UK following the breakdown of her first marriage in 2007. With two children, then aged one and three, she bought a second-hand Audi A4 estate. She can still wax lyrical about the joys of driving with small children: “Strapping them into the back of the car, it was bliss. They can’t move, maybe they’ll fall asleep. Then you’re free to listen to great music for maybe two hours, singing your head off.”

Matthews, 47, now has a weekly show on BBC Radio 6 Music, has written several books and lives in west London with her second husband, Steve Abbott, who also works in the music business and with whom she had her third child in 2009. She drives a Volvo XC90 to accommodate their children.

She is currently organising the third Good Life Experience festival in Flintshire. “I love music when it’s part of the community . . . when it’s rough, rowdy and raw.”

Thoughts of the outdoors are prompting a car change. “The next car I buy will be a hybrid,” says Matthews, who recently test-drove a BMW 2-series Active Tourer plug-in hybrid. “They’re so quiet I can hear myself sing.”

Cerys Matthews: My Life in Cars