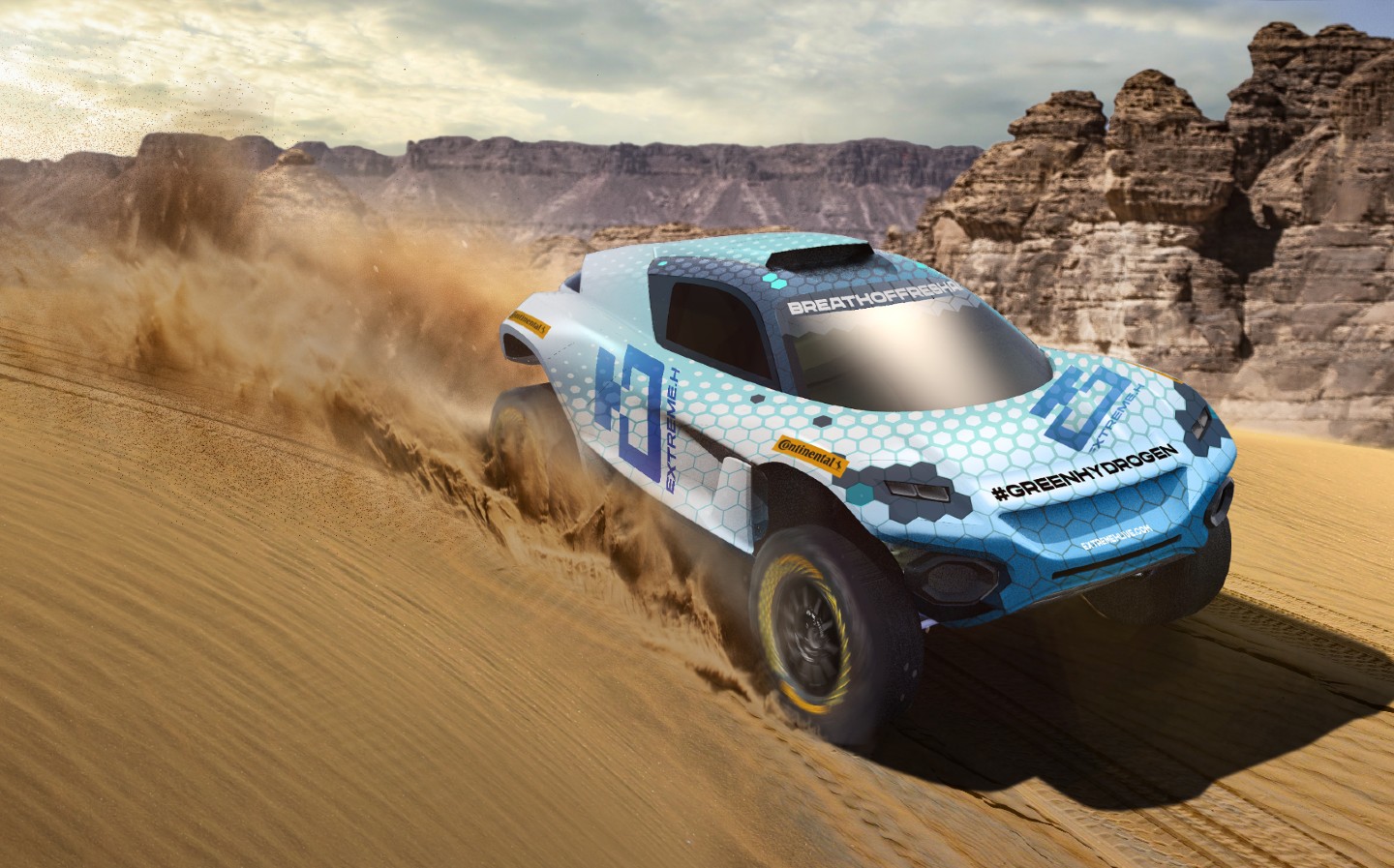 A hydrogen-powered companion series to the battery-electric Extreme E off-road racing series is set to launch in 2024, in what was described as a “natural evolution” of the organisers’ environmental goals.

The Extreme H championship will run at the same venues as the Extreme E series and use the same qualifying and racing format, as well as the same Odyssey 21 off-road racer – though with hydrogen tanks and a fuel cell stack in place of the lithium-ion battery pack.

Development of the fuel-cell vehicle is currently underway and is expected to make its public debut in 2023, ahead of the first season of racing.

“Extreme E was designed to be a testbed for innovation and solutions for mobility,” said the series’ founder, Alejandro Agag. “It has become increasingly clear to us that creating a hydrogen racing series is a natural evolution of our mission to showcase the possibilities of new technologies in the race to fight climate issues.

“Together with the current Extreme E teams we will decide in the coming months the best way to integrate the hydrogen-powered cars into the racing weekend. Two separate categories, [or a] full transition to hydrogen or joint racing are all options on the table.”

The organisers have confirmed that the race series would use “green” hydrogen, created by electrolysing water into its constituent elements rather than “blue” hydrogen — currently the most widely-available kind and a carbon-intensive by-product of natural gas production.

The series would also make use of the St. Helena, the ship used by Extreme E to transport vehicles and equipment between race venues.

Extreme E’s first season in 2021 saw teams travel to five locations around the world including Saudi Arabia, Senegal, Greenland, Sardinia and Dorset, the intention being to highlight the impact of climate change and environmental degradation in those areas — although Dorset was chosen only following the cancellation of races in Nepal, Brazil and Argentina due to the Covid-19 pandemic.

The series has attracted some big names, too, with teams such as X44, Rosberg X Racing, Sainz XE and JBXE headed by well-known drivers such as Lewis Hamilton, Nico Rosberg, Carlos Sainz and Jenson Button respectively.

Drivers in the series include Sainz and nine-times World Rally Championship winner Sébastien Loeb, as well as a whole host of others, with race pairings being made up by an equal number of male and female drivers.

The 2022 season began with the Desert X-Prix in Saudi Arabia over the weekend of February 19-20, a race that was won by the Rosberg X Racing pairing of Johan Kristoffersson and another Swede, Mikaela Åhlin-Kottulinsky.

While the line-up is broadly similar, the new season has seen the addition of two teams: Chip Ganassi Racing and McLaren XE, the latter a division of the Woking-based McLaren racing team.

Again, the 2022 season is due to comprise five races, the remaining four scheduled for Sardinia, Chile, Argentina and either Scotland or Senegal for the Ocean X-Prix in July. Races are not open to spectators, though extensive coverage is provided via streaming and terrestrial television networks.

As for the introduction of the new Extreme H series, Alejandro Agag is clear as to what he sees as the ethos underpinning this new eco-friendly form of motorsport.

“Sport is the fastest and most effective platform for driving innovation,” he said, “and, by using the existing Extreme E platform, we can also utilise our transport, talent and operations to ensure we are minimising footprint in the process.”

“This effectively means we can have double the race action, with marginal additional impact.”