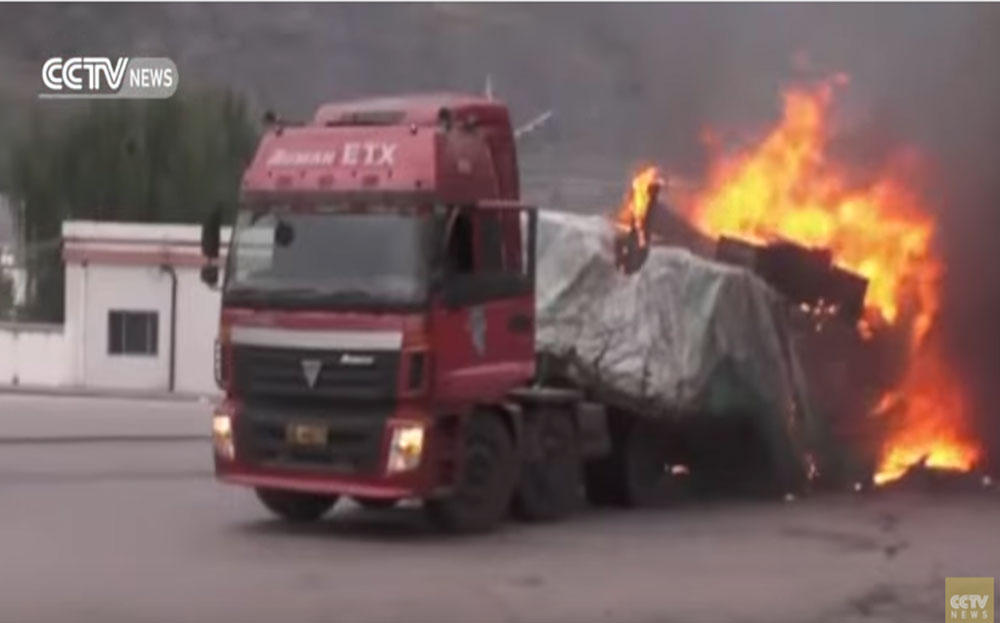 IF YOU can see a light at the end of the tunnel, it could be a blazing lorry heading straight for you.

That’s the sight that would have greeted anyone unlucky enough to be peering down a tunnel on the Lanhai highway in Ghizhou province, China, last Friday, November 6, as the driver of a lorry raced for his life.

The trailer of the large articulated lorry caught fire in the tunnel, but rather than stop the truck and risk injuring other motorists, its courageous driver, reportedly called Mr Xiao, put his foot down and accelerated as fast as he could out of the tunnel to a safe place where the fire could be extinguished.

The car parts being transported by the lorry could not be saved by firefighters, but the heroic Mr Xiao escaped unharmed.