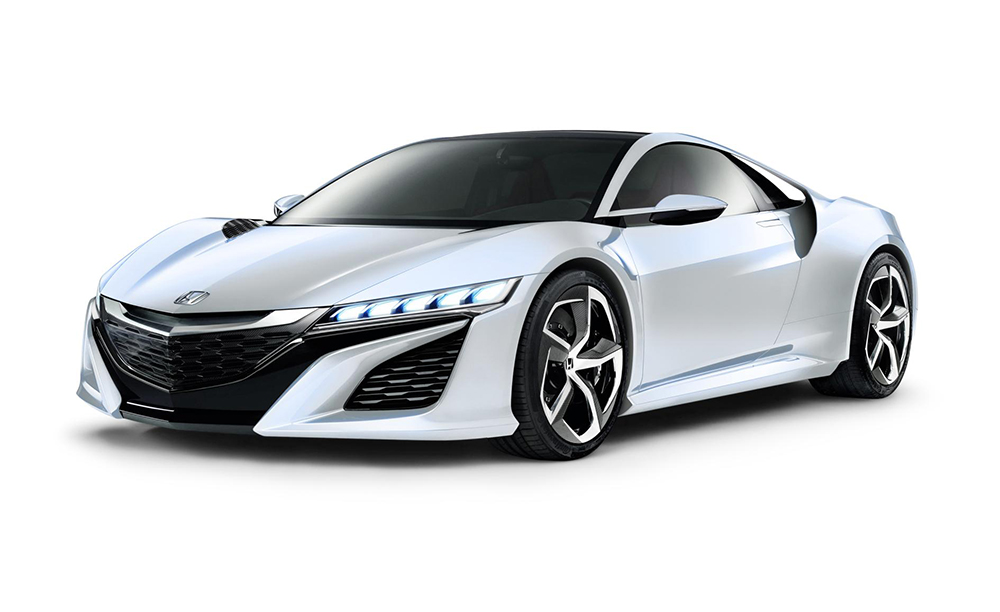 TWENTY-ONE YEARS since 10 Honda NSXs sprinted up the famous hillclimb at the first Goodwood Festival of Speed in 1993, the hotly anticipated hybrid version, due to be launched next year, will repeat the run at this year’s event (June 26-29).

The new car, which will be making its world debut, will be joined in the paddock by another important NSX: the example previously owned by legendary Formula One driver Ayrton Senna, who was killed at the 1994 San Marino Grand Prix.

The NSX celebrations will be one of many tributes paid at this year’s Goodwood Festival of Speed, the annual event held in the grounds of Goodwood House in Sussex.

Fittingly this year, the 100th anniversary of World War One, Mercedes will be showing a racing car that scored the marque’s first victory at a race in France held on the eve of the Great War, in 1914. It will be among more than 10 important racing cars that Mercedes, the Festival’s featured marque, will be displaying as it celebrates 120 years in motorsport. It’ll bring that history bang up to date when it shows off its latest F1 drivers, Lewis Hamilton and Nico Rosberg.

Talking of racing drivers, festival-goers are invited to return to the Goodwood hillclimb when Sébastien Loeb takes to the wheel of his record-breaking  Peugeot 208 T16 Pikes Peak Car. It’s sure to be a thrilling spectacle.

As thrilling as hearing a herd of Maseratis at full chat? That’s what the Italian car maker is promising as it celebrates its centenary with what organisers claim will be a “massive number” of cars including 20 racing cars competing in their own class, the Cartier “Style et luxe”.

Jaguar will aim to draw some of the attention its way with a collection of rare D-type endurance racing cars.

Meanwhile, next year’s Honda NSX won’t be the only hybrid supercar taking on the hill; the new McLaren P1 will join 40 supercars, including the Porsche 918 Spyder, in a mouth-watering, money-no-object “shoot out”.

American cars and racing more your thing? There’ll be an entire class of American racing cars at Goodwood. Among the famous US drivers lending their support will be Richard Petty, who chalked up 200 NASCAR wins and seven championships. He’ll be bringing cars from his own collection and driving the Pontiac he whipped to victory in his last win in 1984. Fellow countryman Al Unser will also make an appearance, driving the Penske Lola he raced to top honours in the 1978 Indy 500.

Great cars, great racing drivers past and present, and some great racing ‒ Goodwood is shaping up to be another memorable weekend.