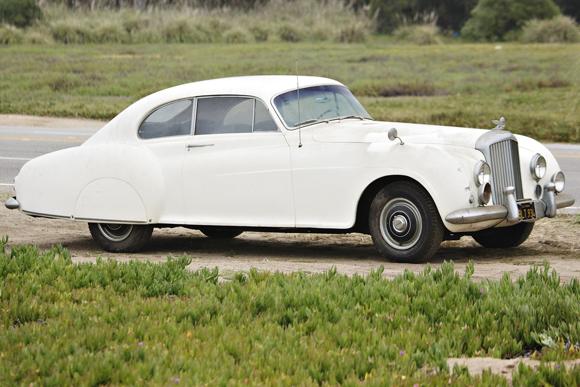 A 60-YEAR-OLD Bentley bought by Ian Fleming, the creator of James Bond, is to go under the hammer next month. The Continental Type R Fastback was bought by Fleming for his friend Ivar Bryce, who was the inspiration for the CIA agent Felix Leiter.

Browse the Bentleys for sale on driving.co.uk

Bryce, whose middle name was Felix, had worked with Fleming for British intelligence during the war, stationed in New York.

Although Bond is usually associated with Aston Martins in the films, in Fleming’s books he is a Bentley boy. In Thunderball, 007 buys a damaged Continental — which “some rich idiot” had crashed into a telegraph pole — and rebuilds it with a more powerful 4.9-litre engine.

In On Her Majesty’s Secret Service he has had it supercharged — against Bentley’s wishes — and uses it to win a race in France against the woman who later becomes Mrs Bond.

The 1953 Type R Fastback was reportedly found languishing in a garage in Hollywood and requires full restoration. It will be part of the Gooding & Company auction at Pebble Beach, California, on the weekend of August 15-16, and is expected to fetch $1.4-$1.8m (£900,000-£1.2m).