I HAD always intended to learn to drive, but somehow never got round to it. I live in the middle of a city, where public transport is not only the quickest way to get around, but also the cheapest. Why pay for a car, fuel, insurance and rip-off parking permits when a monthly Travelcard could get me wherever I want to go in London by bus and train?

Also, at 28, the urge to go through the lessons and the test had vanished: shortly after my 17th birthday, I endured a few fraught lessons with my dad, but the L-plates had been gathering dust ever since. I regarded cars as a luxury — expensive and unnecessary.

Then a life-changing event made me realise that I not only needed to pass my test, I needed to pass it quickly, or else run the risk of losing my mind.

The first stirrings of change came three years ago when my fiancé Ashley and I celebrated the birth of our daughter, Hendrix. Weeks later our world was turned upside down when I discovered I was pregnant again, and this time I was carrying not one baby but three. Eight months after Hendrix was born, our triplets Senna, Solace and River arrived at just 25 weeks.

“I’d only left the house five times during the triplets’ first year and rarely saw my friends; Ashley and I would fantasise about a family holiday to Center Parcs.”

Fast forward a couple of years (I’ll spare the details but needless to say, it wasn’t easy): as the children celebrated their second birthdays I was still without wheels and in effect housebound. I’d only left the house five times during the triplets’ first year and rarely saw my friends; Ashley and I would fantasise about a family holiday to Center Parcs.

When we did go out, I required a quad buggy (ordered from New Zealand). This helped with getting to hospital appointments — the triplets needed checkups, as they were born so early — but was useless on public transport. The Tubes that had been so convenient when I was single were off limits: the buggy was too large to manhandle down escalators or stairs, meaning I was confined to buses. Even here things weren’t straightforward: getting a quad buggy on board a bus is hard work, and if there was another pushchair on board we couldn’t fit. We’d have to wait for the next bus and hope the buggy space was empty.

The breaking point came three months ago when, desperate to get out of the house, I agreed to go to a friend’s birthday party with the four children in tow. The friend lived only 12 miles away — a journey that would take half an hour by car. Three hours later we still hadn’t arrived. Eventually, two fellow guests were dispatched in cars to rescue us from the bus stop. We had to leave the party half an hour after we had arrived to make sure we got home in time. On the way back Ashley said: “We’re not doing this any more — we have to have a car.”

Misty with fiancé Ashley and four children, Hendrix, Senna, Solace and River at home (right) and unable to get on a bus due to the size of the quad buggy

The question was where and how: a long drawn-out series of lessons simply wouldn’t work with four children to look after. Besides, we needed a car quickly if I was to retain my sanity.

The Sunday Times suggested an intensive driving course. Five days of cramming, followed by a test. The test is booked in advance and lessons scheduled accordingly. It seemed ideal — Ashley could book a week off work to look after the kids while I had the lessons.

The pressure was on: I had to pass. After five days of lessons from 9am to 5pm with 5Day, a London company specialising in intensive training, I found myself in the test car under exam conditions. I was so nervous, I didn’t see how I could possibly pass.

I pushed too hard on the brakes as I stopped for an oncoming car. I heard an “Arghhh!” from the passenger seat and, as we arrived at the test centre, I looked around to see the examiner holding his neck. “I’m so sorry,” I stammered. “Is your neck all right?”

Then fate threw me a lifeline. Our test route seemed familiar. My instructor had shown me these roads that morning. The reverse around a corner happened at the same corner I had practised on. Things seemed to be going my way. Then I made what I was convinced was a terminal mistake. Edging out of a side road, I pushed too hard on the brakes as I stopped for an oncoming car. I heard an “Arghhh!” from the passenger seat and, as we arrived at the test centre, I looked around to see the examiner holding his neck. “I’m so sorry,” I stammered. “Is your neck all right?”

He looked over at me. “It’s OK,” he said. “I was meaning to see my osteopath anyway.

With those three words my life, and the lives of my children, changed. And now I have my own set of wheels — a slightly battered Renault Grand Scénic people carrier that seats seven and was handed down to me by my dad.

Misty learned to drive with 5day and instructor Steve. The intensive course was perfect for Misty as she was short on time and already knew the basics of car control

There’s only one problem — I have discovered that putting the third row of seats up to fit the kids in means there’s not enough room for the massive quad buggy. That means we can get the whole family from A to B, but we can’t push them around at the other end. Instead we take child reins and make sure we’re a short walk from wherever we need to be — but as long as our family days out are no longer spent at bus stops, I’m happy.

Would I recommend intensive driving courses? If you’re a complete beginner, it may not be the best way to get your licence, as a lot of time would be lost getting to grips with the basics. My crash course didn’t come cheap — costing me the best part of £1,000. And it could have been more: one fellow learner spent hundreds on additional pre-test tuition.

Fortunately, I had some experience behind the wheel, thanks to my early lessons with my dad, so though costly it proved a perfect solution. 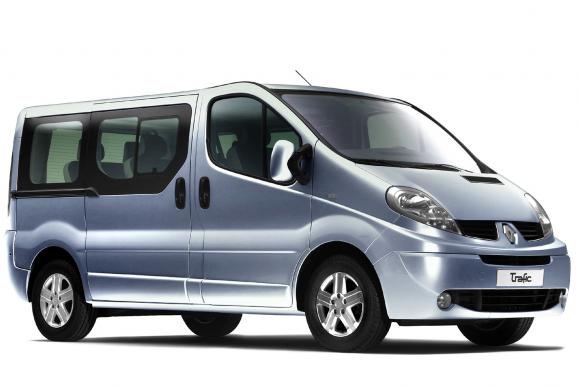 The good Efficient engines; plenty of them around The not so good Not the most refined option 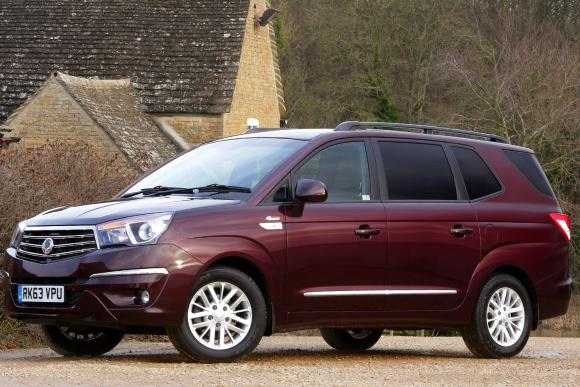 The Multimac car seat is a single bench seating three (£1,299) or even four (£1,499) children aged 0-12 years old. Though pricy, it is a clever solution for compact family saloon and estate cars where fitting four individual seats could be impossible. Visit website: multimac.co.uk