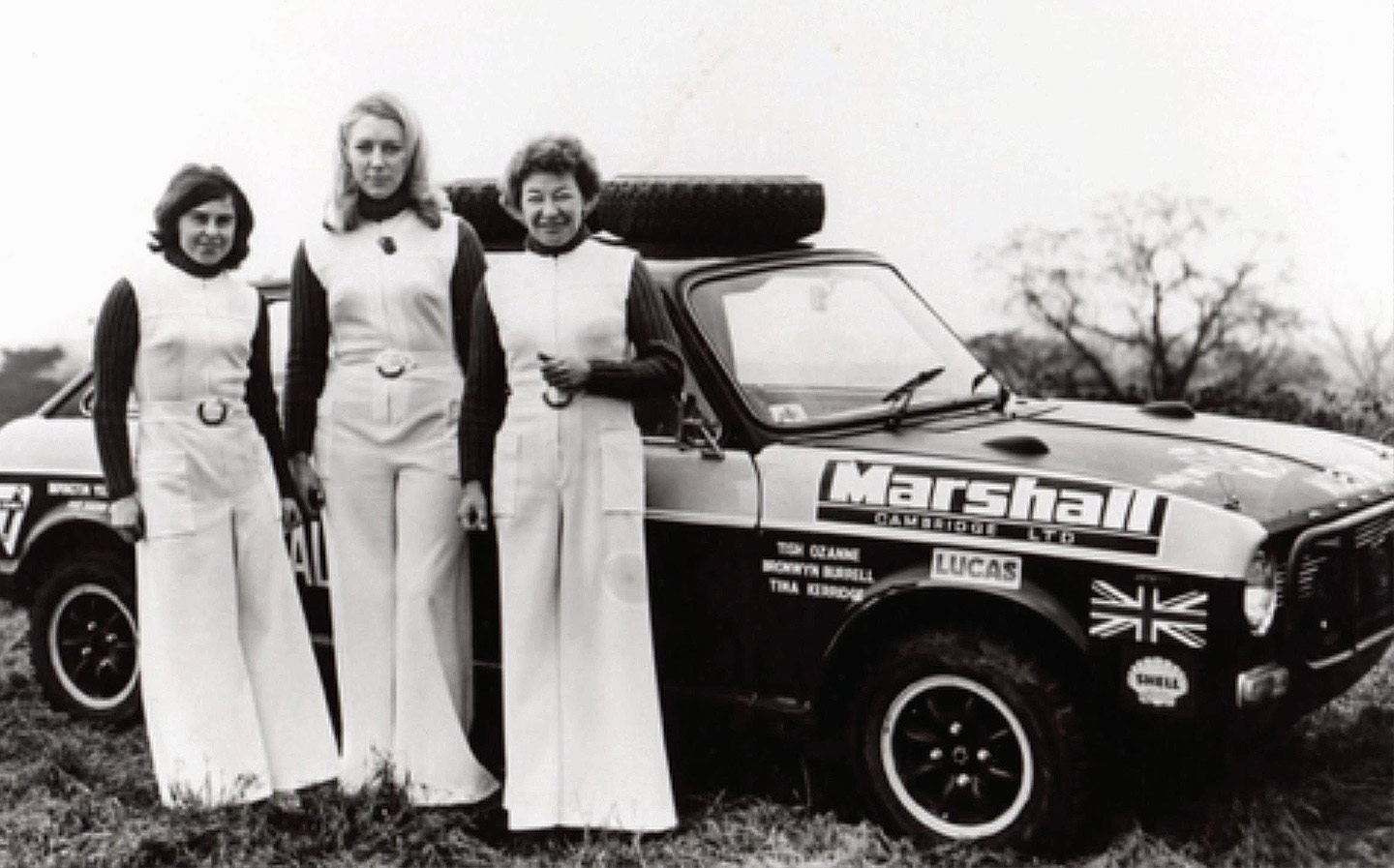 IN 1970 Bronwyn Burrell put on her short dress, stepped into an Austin Maxi and revved off in the world’s most arduous car rally.

With her all-female crew she departed from London en route for Mexico City, tackling jungles, deserts and mountains until their adventure came to a shuddering end when they got stuck in a ditch outside Buenos Aires.

In two months, Ms Burrell, a former Miss Castrol now aged 72, will resurrect her rally fantasies. In a glorious display of nostalgia, she will compete in her beloved Austin Maxi from 1970 nicknamed Puff the Magic Wagon. “Life is an adventure to be enjoyed,” she said yesterday. “It is so short that I for one am going to enjoy it.”

Ms Burrell, who had to give up her amateur rallying career shortly after the 1970 London-to-Mexico World Cup Rally because of a family bereavement, began to revisit her past glories only in 2013. “My partner died and somebody had said to me that they did not know that I had been a rally driver. So I googled myself,” she said.

She discovered that one of her 1970 team, Tish Ozanne, had died but found clues to the whereabouts of her navigator, Tina Kerridge-Reynolds. She tracked her down and they began visiting vintage car shows together. It was in August 2013 at the Fenland Country Fair that fate dealt its hand.

“There was Puff,” she said. “I couldn’t believe it. The owner said why don’t you drive it. I climbed in, the brakes were non-existent, the clutch was heavy but, oh, it was just fantastic. I felt brilliant.”

“It’s not what you do in life, it’s what you don’t do that you regret”

Then last year she saw Puff at a car show and was given the chance to buy it for upwards of £10,000. Several thousand pounds of modifications later and Puff, in its original livery, is ready to race, albeit at a slower pace than in 1970.

“I don’t think Puff wants to be a show pony and I want her to endure,”Ms Burrell, of Milford on Sea, said. With Ms Kerridge-Reynolds as her navigator, she has signed up for March’s Three Legs of Mann Classic Rally on the Isle of Man and the London-to-Lisbon rally the following month. She said that rallying appeared to be a lot easier now than in 1970, when she was 25, Ms Kerridge-Reynolds 29 and Ms Ozanne 45.

“The helmets then were like eggshells — you would not last long if you crashed. There were no mobile phones if you got into trouble. We got very good at fixing punctures. Our best time was 1 min 53.”

“We would be racing for five days and only sleeping for one night. Which, as you can imagine, meant a lot of organisation with our knickers. We had pink, white and blue ones and would just throw them out of the window when done. My mother told me that you should always have clean knickers in case you fall under a bus.

“Because of the countries we were travelling through last time we were even offered guns, but I said ‘There’s that time of the month when woman can get a bit edgy and we might end up shooting each other’.”

In 1970 the women were in 35th place after the European stages of the rally, when the accident in Argentina put them out of contention.

“This is a new lease of life for both Tina and I,” she said. “Life is for living. I am thrilled to be doing it. It’s not what you do in life, it’s what you don’t do that you regret.”

The two women are keen to attract corporate sponsorship to fund their second rallying careers. Inquiries can be made to sarah@addzestmkg.co.uk.