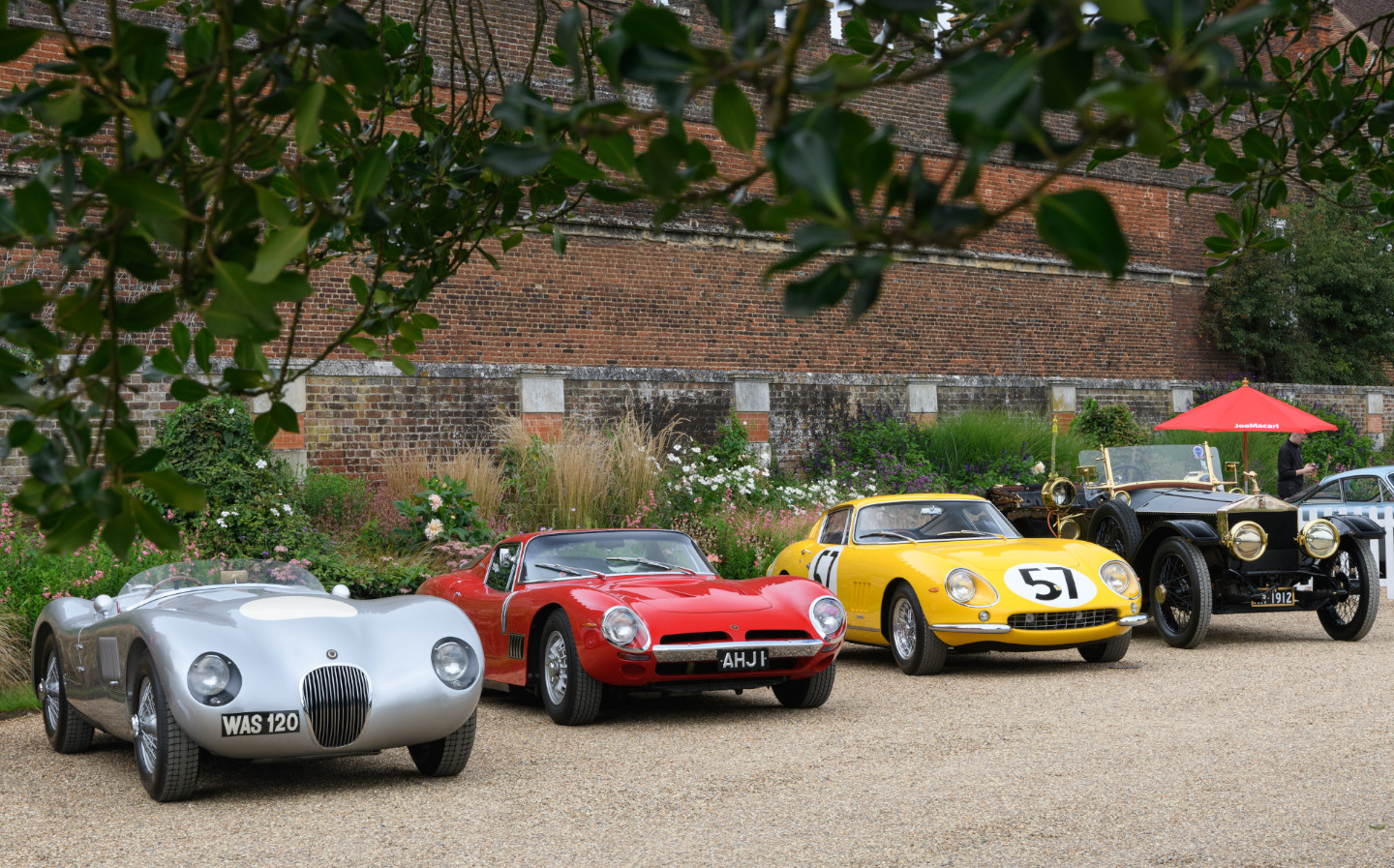 THE ANNUAL Concours of Elegance, a celebration of the world’s rarest and most beautiful cars, took place this weekend at Hampton Court Palace. That’s two weeks after the same organisers hosted the London Concours, one of the first big motoring events to take place after the coronavirus lockdown eased.

While there weren’t as many cars present as in recent years, there were still a large number of gems (as well as the picnic basket and cucumber sandwich atmosphere we know and love), and as a Concours (“contest” en francais) there had to be some winners. Here are a few of the highlights. 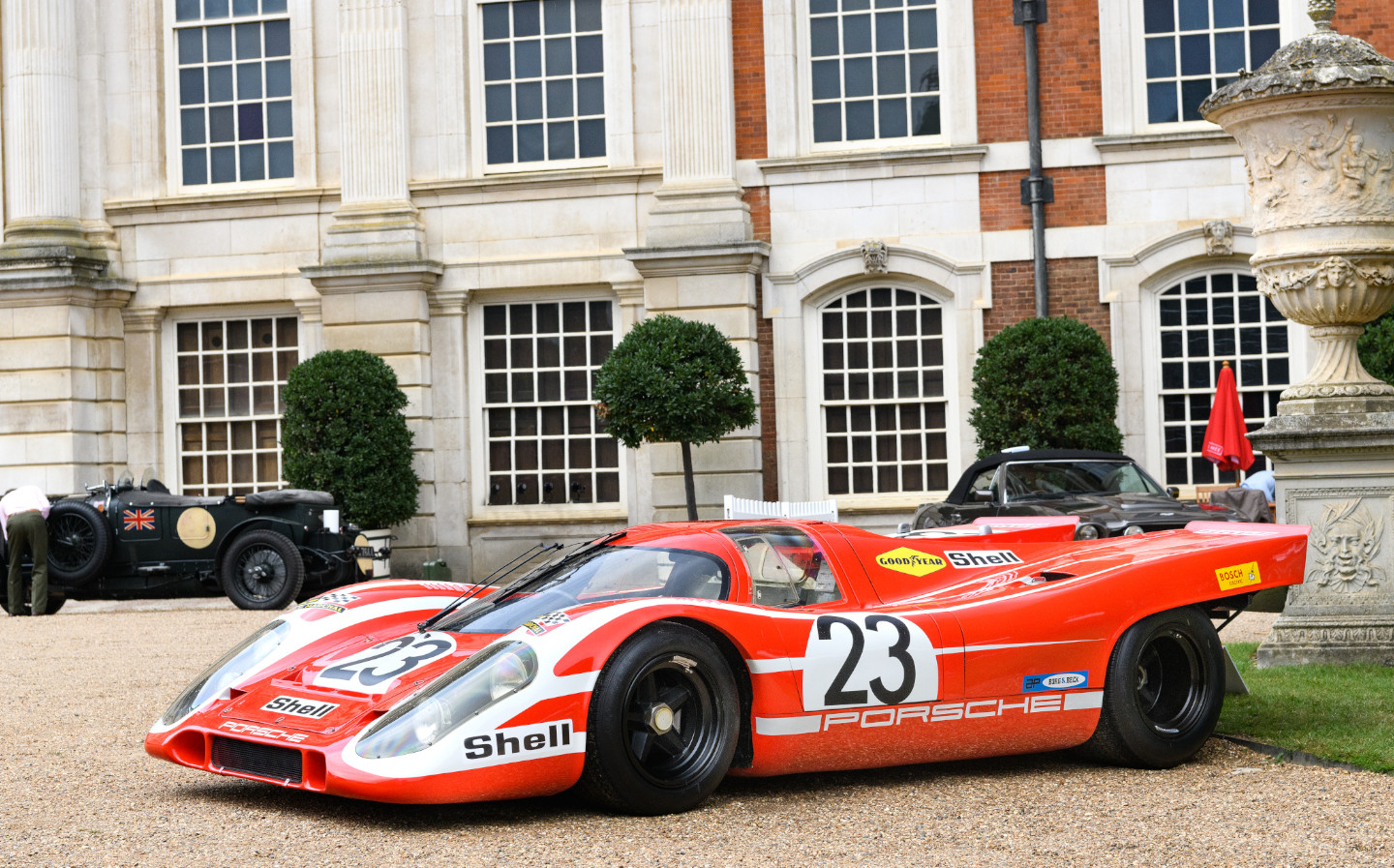 Winning Best in Show at the Concours of Elegance is no mean feat, and it takes a great car with a great story to do so. Enter the 1970 24 Hours of Le Mans-winning Porsche 917K, one of the most famous cars in motorsport history.

Driven by Hans Hermann and Richard Atwood (both of whom also competed in Formula One), it was one of only seven cars to finish the rain-addled race and gave Porsche its first overall victory at Le Mans. The 917K would of course, albeit in different livery, be immortalised in the 1971 Steve McQueen film Le Mans, which used footage of the 1970 race.

Best of Show in the Junior category was a petrol powered half-scale model of the 917K, in the same Salzburg livery.

A bunch of beautiful Bugattis 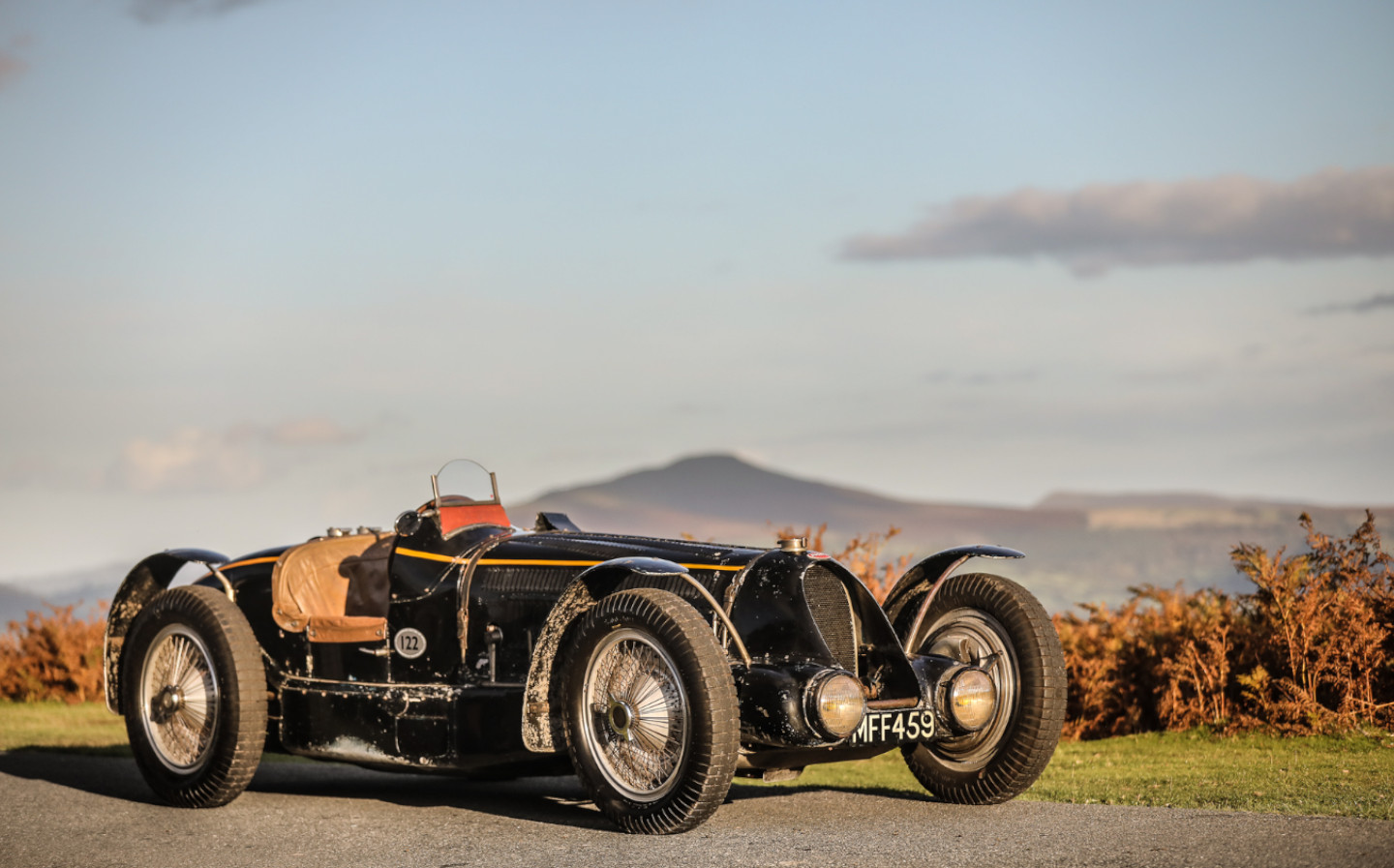 The Concours weekend includes an auction, and this year’s Passion of a Lifetime auction put 15 cars up for sale. They went for a combined total of (you might want to sit down for this) more than £38m. More than half of this astounding total is accounted for by a trio of late 1920s and early 1930s Bugattis. A stunning 1934 Type 59 that campaigned as a grand prix car during the 1934-35 seasons went for a staggering £9,535,000, the highest amount that a Bugatti has ever gone for at auction.

However, design buffs will perhaps be more interested in the sale of a 1937 Bugatti Type 57S Atalante, one of the most beautifully (albeit extravagantly) styled cars of the 1930s. Displaying incredible aluminium coachwork designed by Jean Bugatti, as well as retaining the original chassis, bodywork, engine and period-installed supercharger, it sold for £7,855,000, the most a T57S Atalante has ever gone for at auction. A Type 57 Atalante with coachwork by Gangloff also won the Bridge of Weir Leather Design Award. 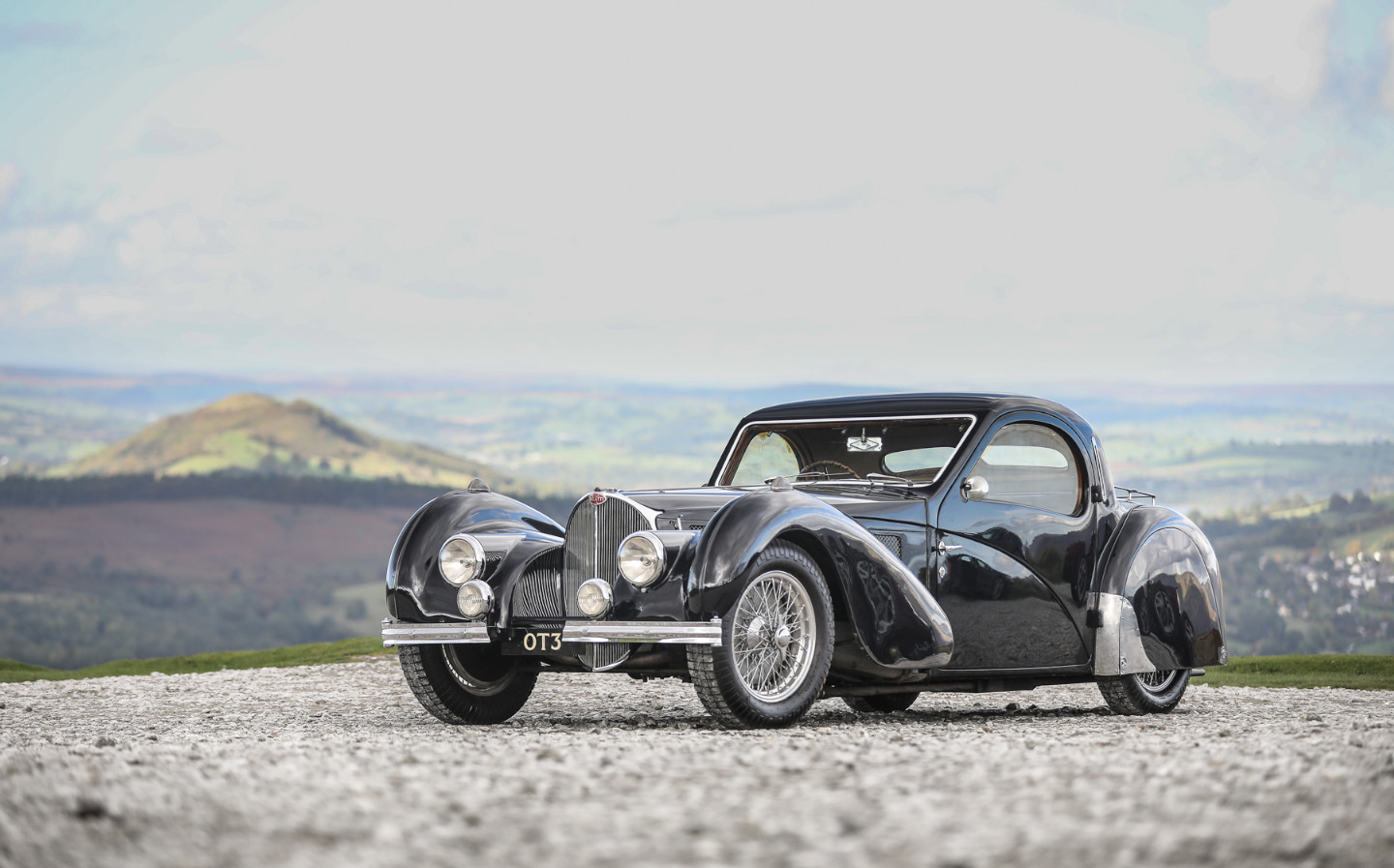 Other highlights at the auction included a Lamborghini Miura SV, one of just 150 made. Restored by Italian specialists to its full glory in Oro Metallizzato livery (“metallic gold”) it’s a perfect example of why people are willing to pay so much money for a car famously riddled with issues: incredible looks.

In fact, speaking to Jodie Kidd live at the Concours for the Chubb Interviews podcast, Gregor Fisken (former racer and now a rare car seller) summarised the modern paradox of the Miura. His sentiment expressed the fact that the Miura was something of a pariah in the classic car community only a few years ago. He said: “When I first started in the trade, the Miura was to be avoided. They wouldn’t start and then when they did start, they generally caught fire. The clutches were like something from a London bus and the driving position was for very small Italian men with short legs.” Who can argue with those looks, though? 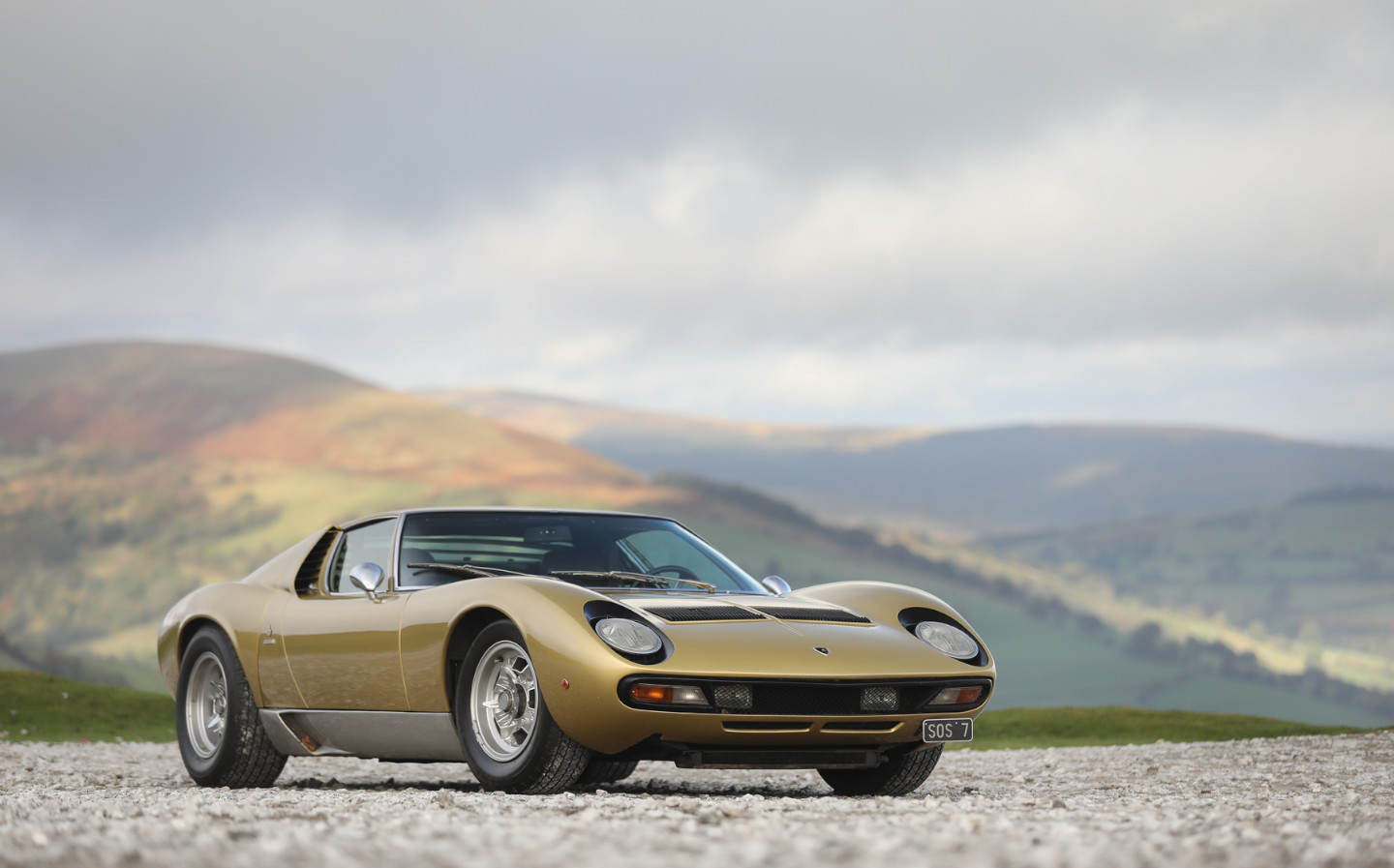 The only car of the 15 not to sell was an Aston Martin DB4 GT Zagato, which failed to reach its reserve, despite receiving a bid of £6.3m. 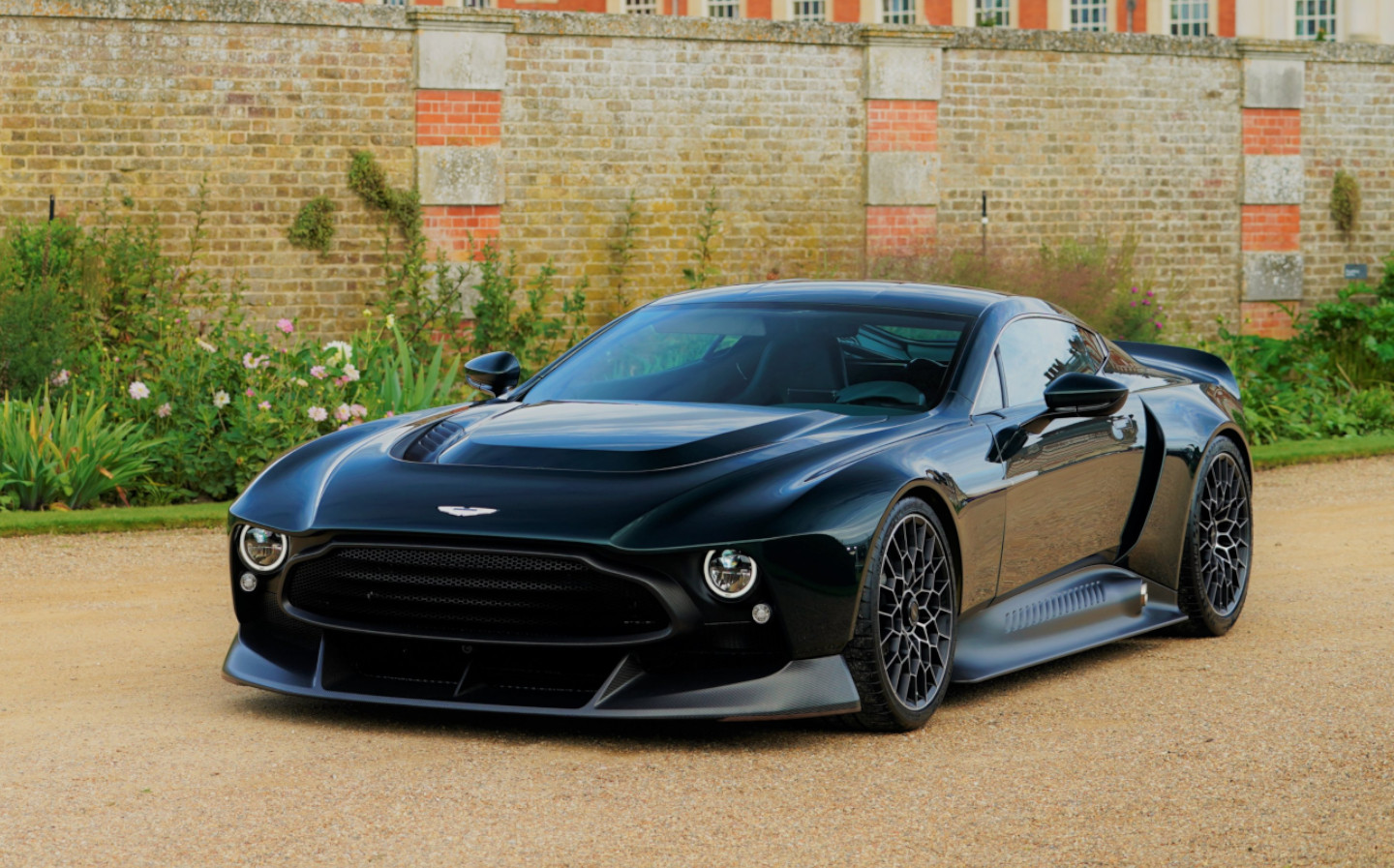 Don’t get too excited — the Aston Martin Victor isn’t really a new Aston Martin model, per se. It’s a one-off model commissioned from Aston Martin’s bespoke Q division, and it’s essentially a Chimera of three of Aston’s most off-the-rocker cars: the One-77, the Vulcan and the Valkyrie.

A carbon monocoque chassis from the One-77 has been refurbished and forms the underpinnings, and the Victor’s 7.3-litre V12 also comes from the One-77. The engine, despite being taken from one of Aston’s fastest-ever cars, has also been looked at by Cosworth (of recent note for the stunning Aston Valkyrie and Gordon Murray T.50 engines), who went and added another 86-or-so bhp to the already fairly impressive 750bhp — while keeping it naturally aspirated.

Add the dampers, steering wheel and inboard springs from the Vulcan, the rear lights from the Valkyrie and some incredible V8-inspired aesthetics, and you’ve got what nearly amounts to an Aston Martin greatest hits album.

The first ever Land Rover 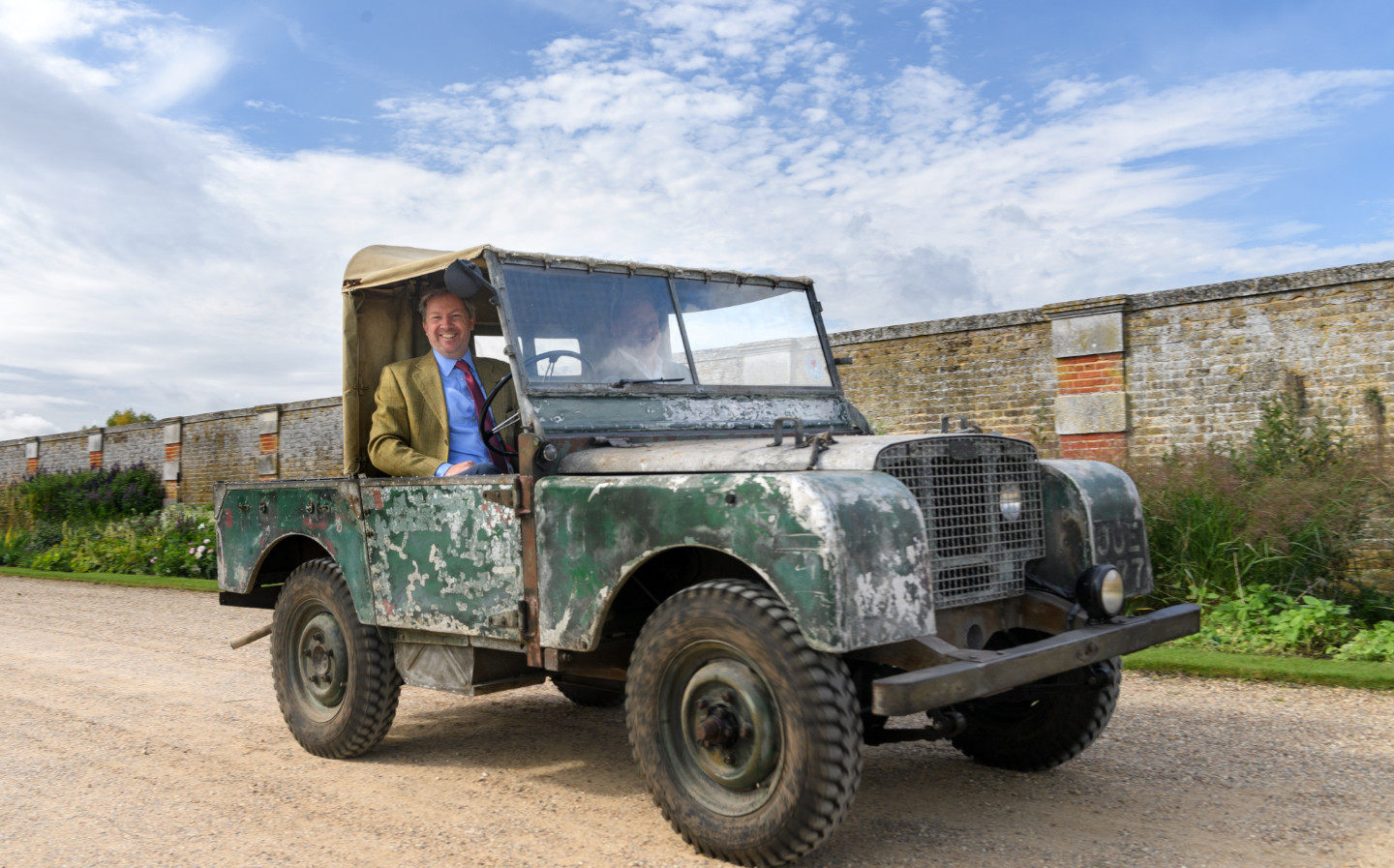 The Concours of Elegance is a haven for old cars. The oldest this year, at quite a bit more than a century old, was a 1904 Fiat Type 24/32. However, perhaps more significant for the British petrolhead was the first ever production Land Rover, registration JUE 477, chassis number 86001. After a life that has included both agricultural work and periods of dormancy in a shed, it was fully restored a few years ago — although, charmingly, it has been left with its patina.

This is arguably the most extraordinary car at @ConcoursUK. 1921 Leyat Helicar. Never thought I'd see one in action – incredible. #Concoursofelegance pic.twitter.com/GobupRw0l6

Although the Concours might exude an aura of sophistication (its official picnic partner is Fortnum and Mason), it’s not above the ever-so-slightly ridiculous. This includes the 1921 Leyat Helica, designed by aeronautical engineer Marcel Leyat.

It is undoubtedly like any other car seen at the Concours (or anywhere else, for that matter). Two passengers sit in single file, like in old-timey aircraft, and the whole thing is powered by a propeller running from an 8bhp engine. Using a wooden frame meant that it weighed just 550-650lb, less than half the weight of competing cars of the day. That made it quick, even by modern standards, with the Helica reaching speeds of 106mph. However, a more-than-partially obscured view thanks to the propeller, as well as unmanageable steering, meant that the idea didn’t catch on.