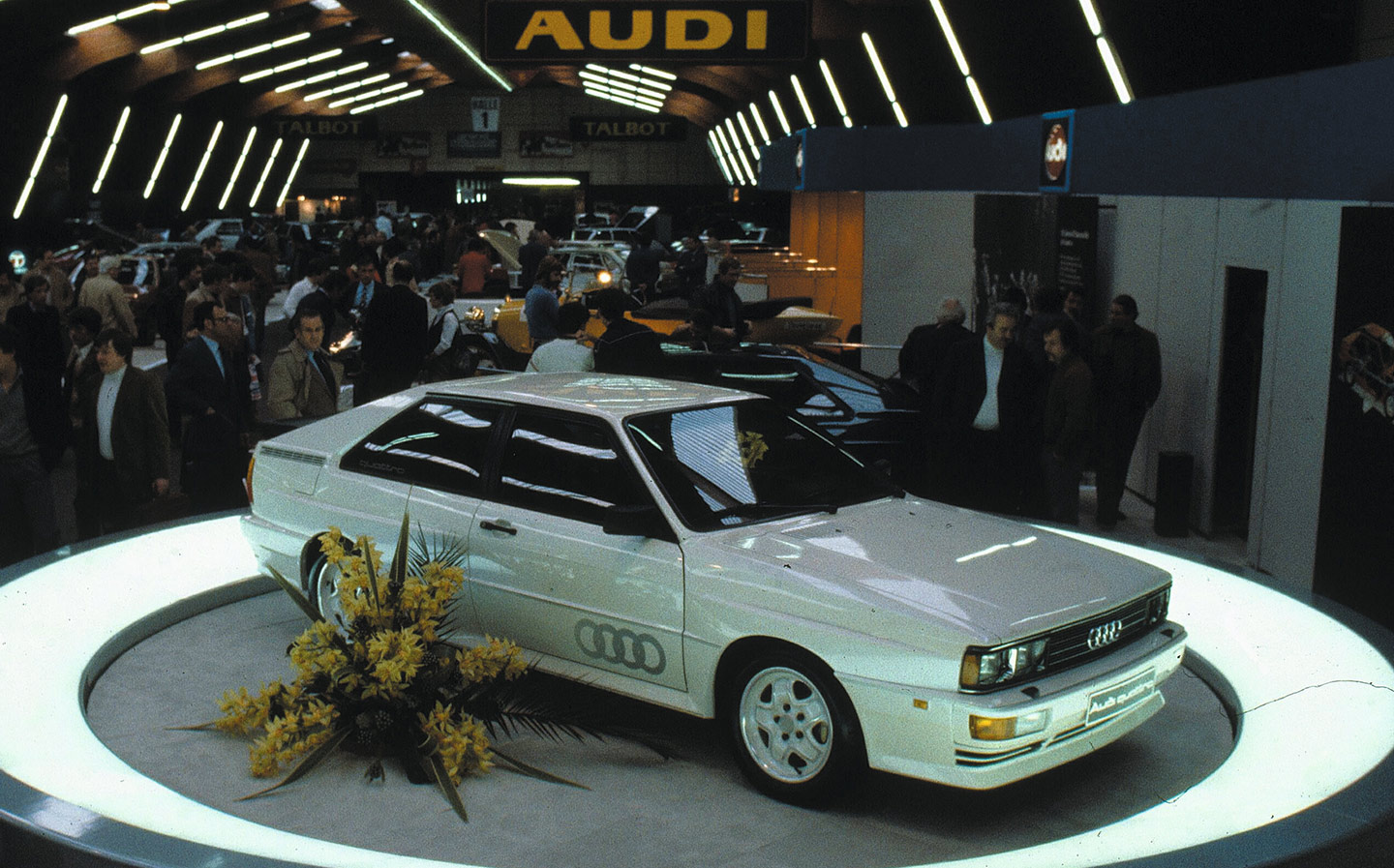 THE WORLD was a pretty grim place in 1980, blighted by war, political unrest, urban riots and industrial strikes (plus ca change, eh?). But in the car world, the dawn of a new decade brought the dawn of a new era in motoring. An era of rapidly developing design and technology that made cars faster, safer, greener.

Many of the cars launched in 1980 set a template that rivals spent the rest of the decade scrambling to match. Some became icons. Some did both. Whether that applies to the five cars highlighted here is open to debate, but all of them became an integral part of the motoring landscape in their own way.

Audi’s image, which had been ultra-conservative, got a massive boost with the launch of the Quattro. Inspired by Volkswagen’s gawky Iltis off-roader, it combined a turbocharged engine and four-wheel-drive to devastating effect.

The numbers weren’t that impressive by today’s standards. The 2.1-litre, 5-cylinder engine produced 197hp and 210 lb ft of torque, though that translated to a 0-62mph time of 7.1 seconds and a top speed of 137mph, which made it a rocketship compared to most road cars of the day. What really marked out the Quattro, though, was its ability to deploy all that performance whatever the conditions thanks to Audi’s four-wheel drive system. It made the car the consummate cross-country weapon; a point underlined by the rally version’s domination in the early 1980s.

But more importantly, the Quattro proved four-wheel drive had its place in a conventional road car, not just purpose-built off-roaders. By the end of the decade, near enough every car manufacturer around the world was offering a 4WD variant of at least one of its models. Even BMW eventually got the idea. 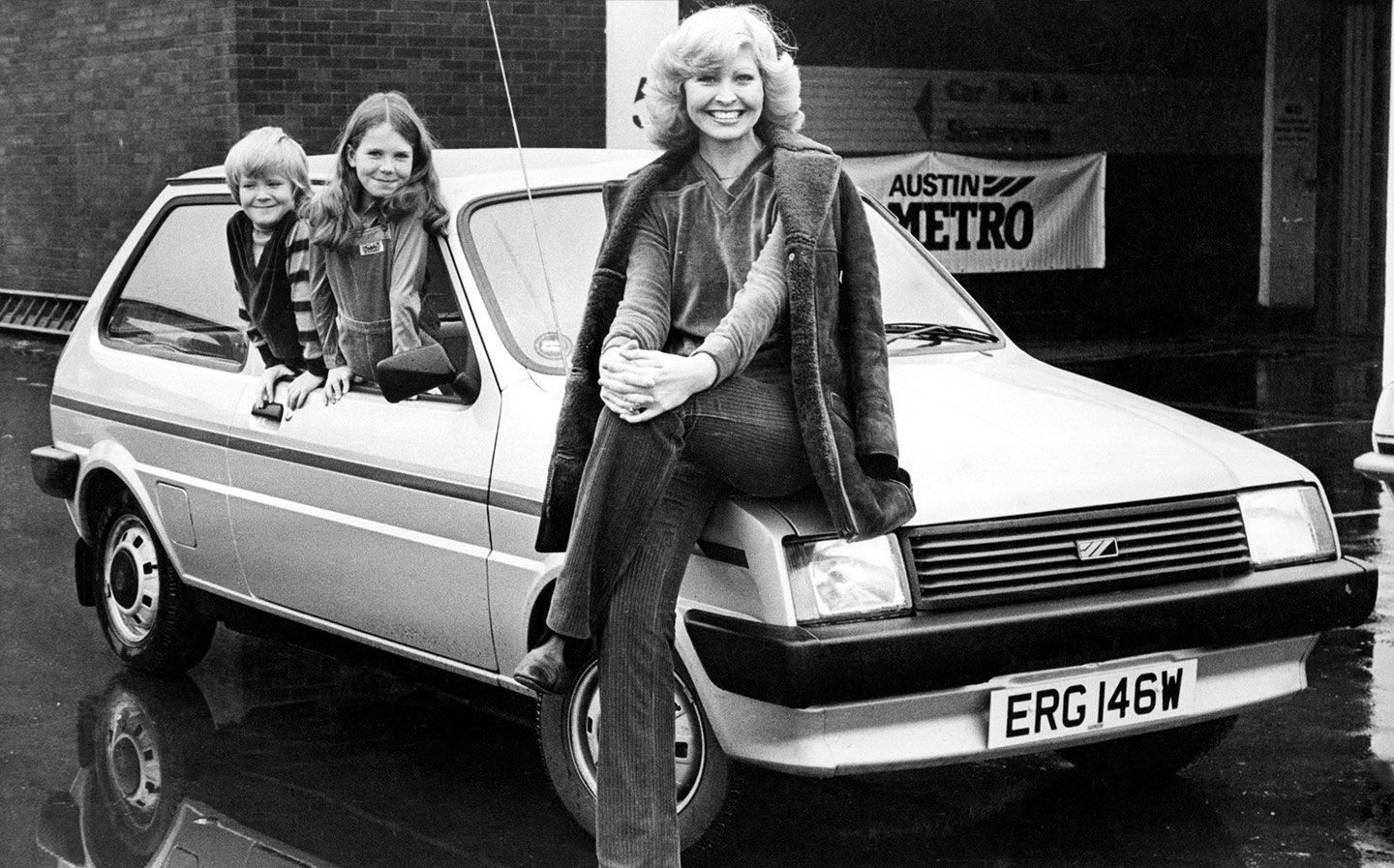 “A British car to beat the world,” trumpeted the lavish TV adverts for the all-new miniMetro. It wasn’t just tubthumping, though, as the Metro was a genuinely good car that could go toe-to-toe with Europe’s growing band of superminis.

Engines, gearboxes and Hydragas suspension were taken from the Mini, the rest was a clean sheet design. Which made it monstrously expensive. It’s probably not going too far to suggest that, had the Metro not succeeded, British Leyland would have gone under. Even earlier, that is.

Fortunately, the Metro launched to universal acclaim. It was notably spacious, the engines were keen and the handling was proper fun. The public loved it, sales comfortably exceeding expectations. Even typically awful build quality didn’t dampen enthusiasm for it.

But BL’s perennial lack of cash took its toll. Successive facelifts couldn’t disguise the Metro’s advancing years. An all-new replacement was canned, so the existing car was repackaged as the Rover Metro for 1990. It couldn’t hide the years, either.

So began a slow decline. Another facelift was rebadged as Rover 100 in 1995 but the writing was well and truly on the wall. An appalling showing in a EuroNCAP crash test finished it off. What was once one the UK’s most popular cars had become little more than a bad joke. 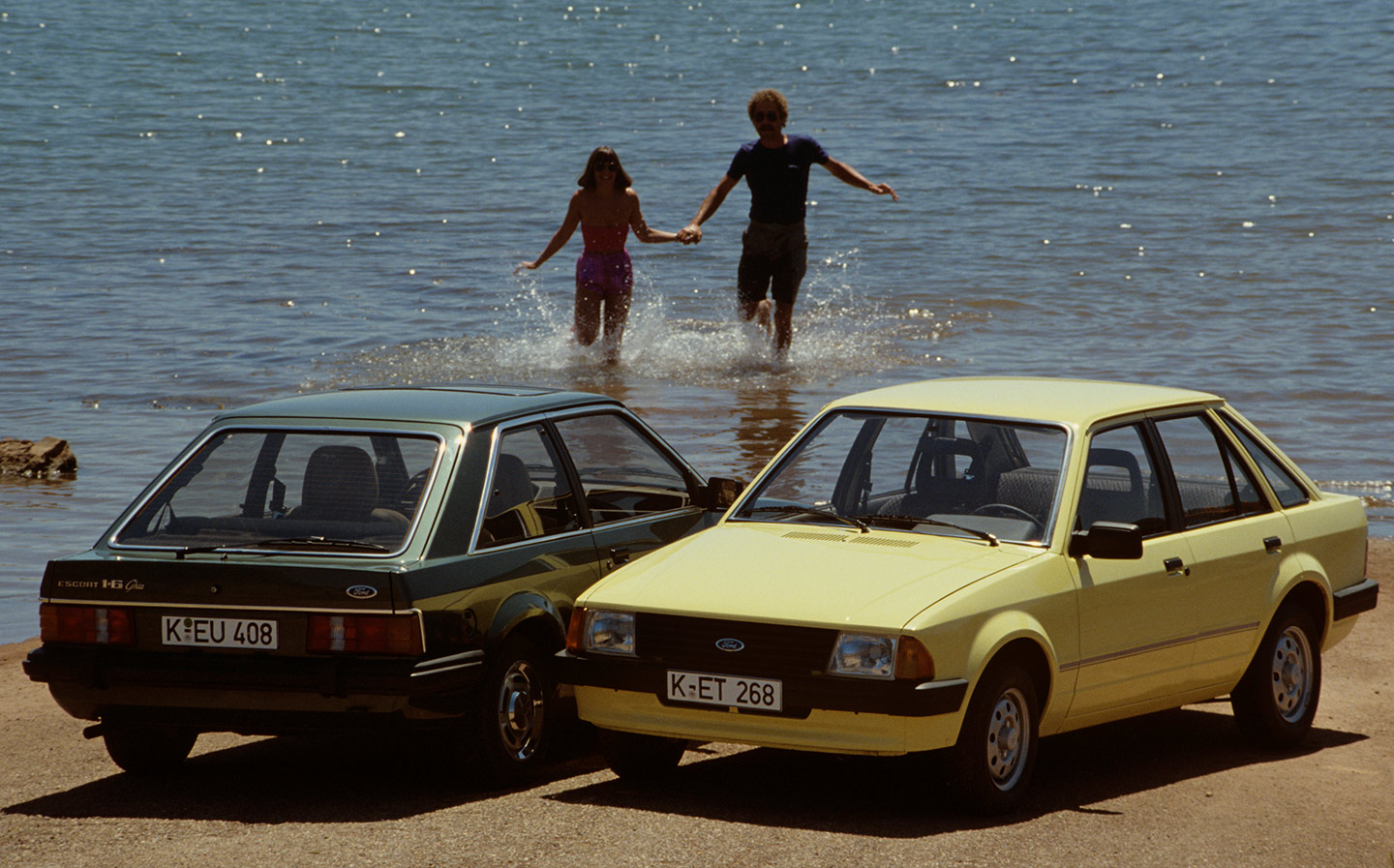 The rear-wheel-drive, saloon-shaped Escort Mk.2 was looking laughably old fashioned next to a slew of front-wheel-drive hatchback rivals. Ford finally caught up with the Escort Mk.3.

It looked sharp, handled neatly and was offered with a bewildering array of bodystyles, engines and trims, all keenly priced. On the downside, the engines were harsh, the ride tough and the build quality spotty. But it covered all the bases well enough and there was a dealer on every corner. Almost immediately, the Escort Mk.3 became the default choice for a huge variety of buyers.

Whether it was a family car, a company car, a rental car or, in the case of the sporty models, a young blade’s pride and joy, the Escort kept millions of Brits mobile throughout the Eighties. Indeed, the Mk.3 and updated Mk.4 Escort held the top spot on the UK’s bestseller list for the entire decade. 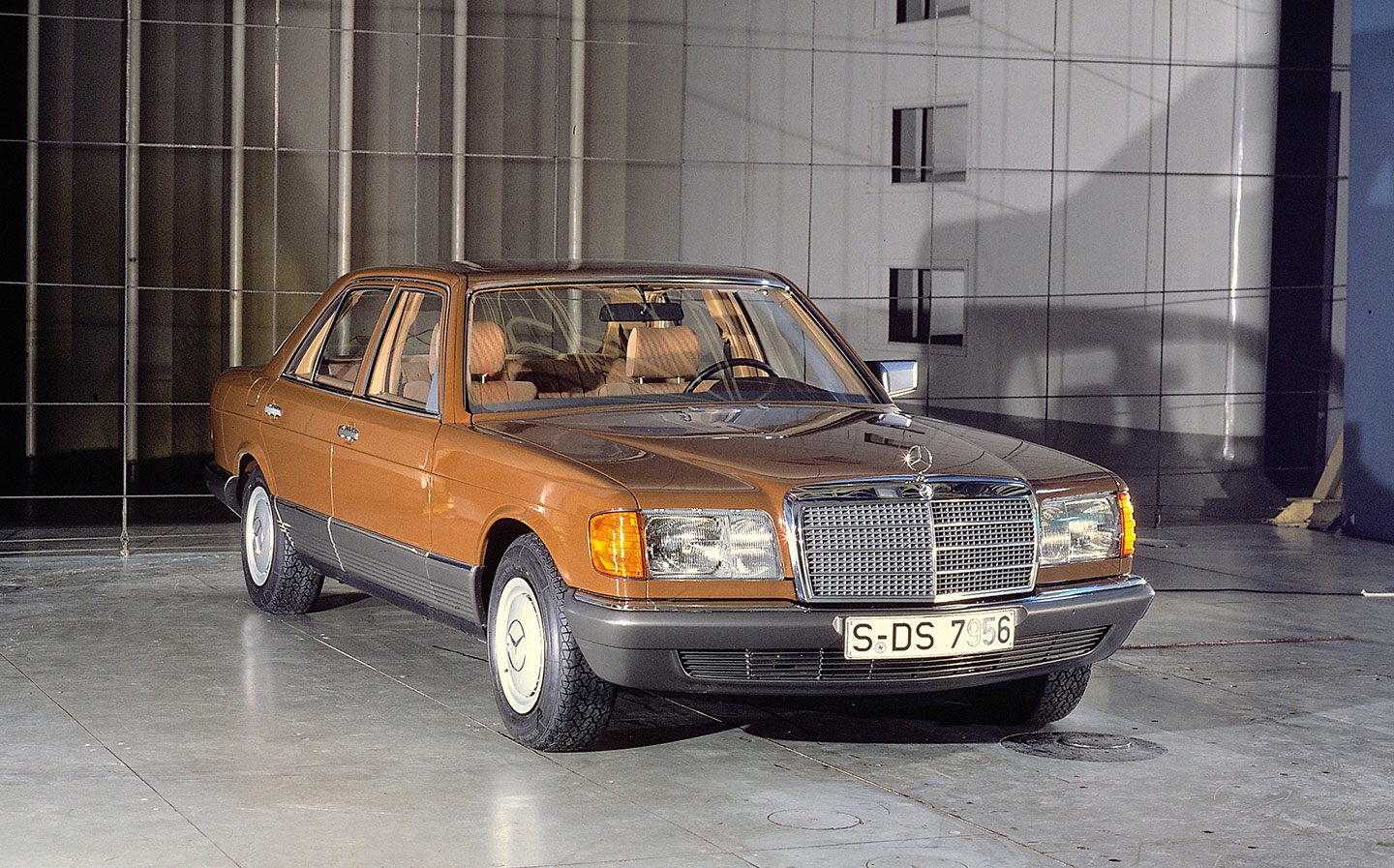 The 1980 Mercedes S-Class, codenamed W126, is arguably one of the most important cars ever built. It was one of the first cars available with airbags, seatbelt pretensioners, traction control and deformable bumpers, all of which would eventually be added to the vast majority of cars sold around the world.

But the W126 was more than a rolling testbed for safety technology. Space, comfort and equipment were in a different league to all its rivals. With a V8 engine it was very fast, and it had the handling to match. It was a handsome thing, too.

Vast numbers were sold to such a diverse range of buyers that the W126 became sort of classless. It could just as easily have been the local crime lord behind the wheel as the lord of the manor. But whoever you were, the W126 marked you out as someone who appreciated — and could afford — real quality.

The W126 S-Class wrote the formula that successive generations have built on and rivals have struggled to match to this day. 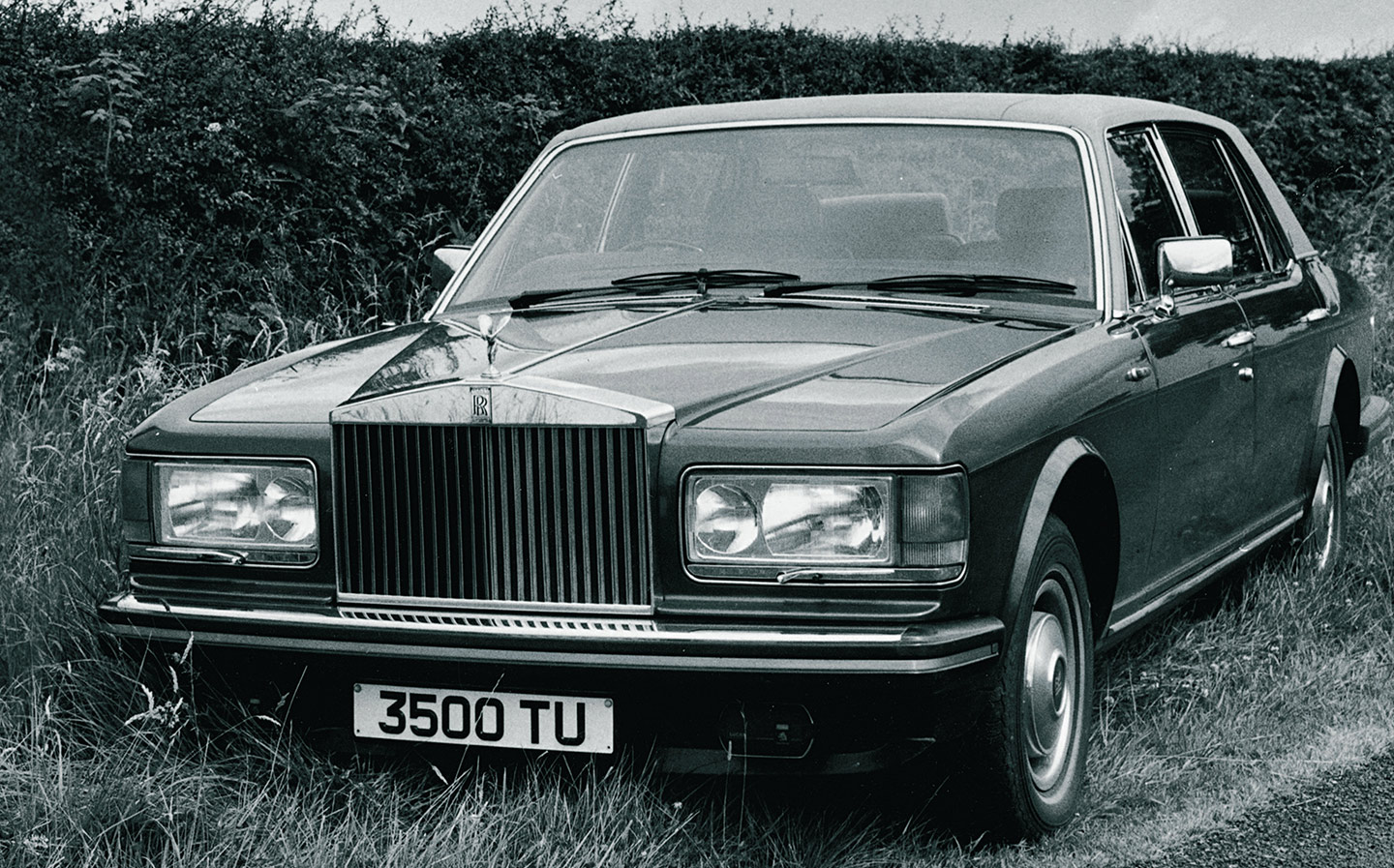 Rolls-Royce styled itself as the maker of the best cars in the world. But by the end of the Seventies, that wasn’t really the case. The Silver Shadow had been a fine car when it was launched in 1965 but 15 years later it was extremely long in the tooth.

Enter the Silver Spirit. Underneath, it was based on the old car but the bodywork was all new. Behind the sharp lines was a more spacious, better equipped interior. It was still a bit of a boat to drive, but it was imperious and indulgent in a way that no other car could match.

The Silver Spirit also marked a revival of Bentley’s fortunes. In an effort to separate Bentley from Rolls, a turbo was added to the 6.75-litre V8 engine, turning the Mulsanne into a proper hot rod. The later Turbo R refined the formula and was soon outselling the Spirit.

A seemingly endless stream of updates successfully disguised the car’s age, keeping the Spirit and its many derivatives going until the all-new Seraph was launched in 1998, by which time Rolls-Royce was owned by BMW. Would the Germans have been interested had the Spirit not been such a success?