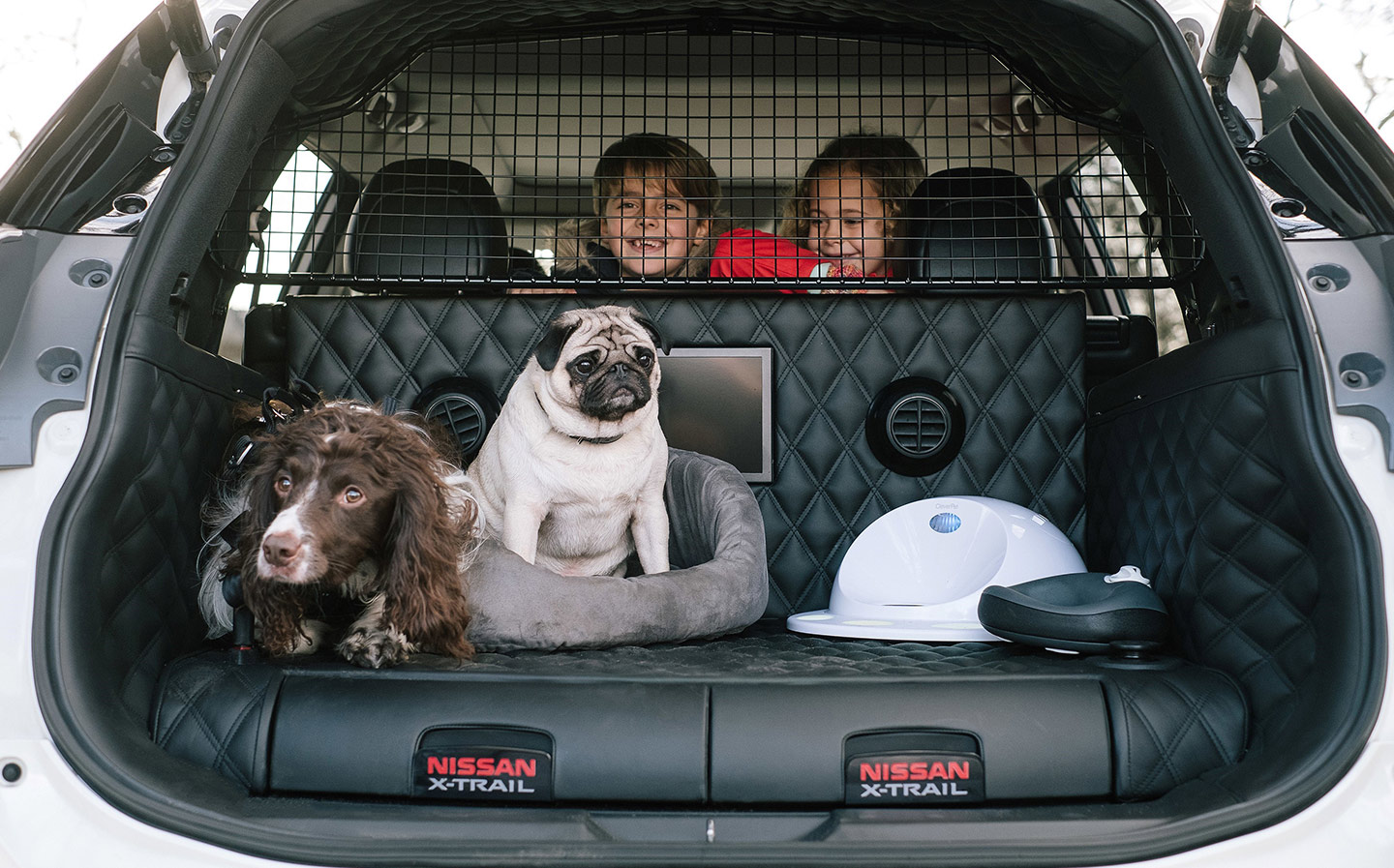 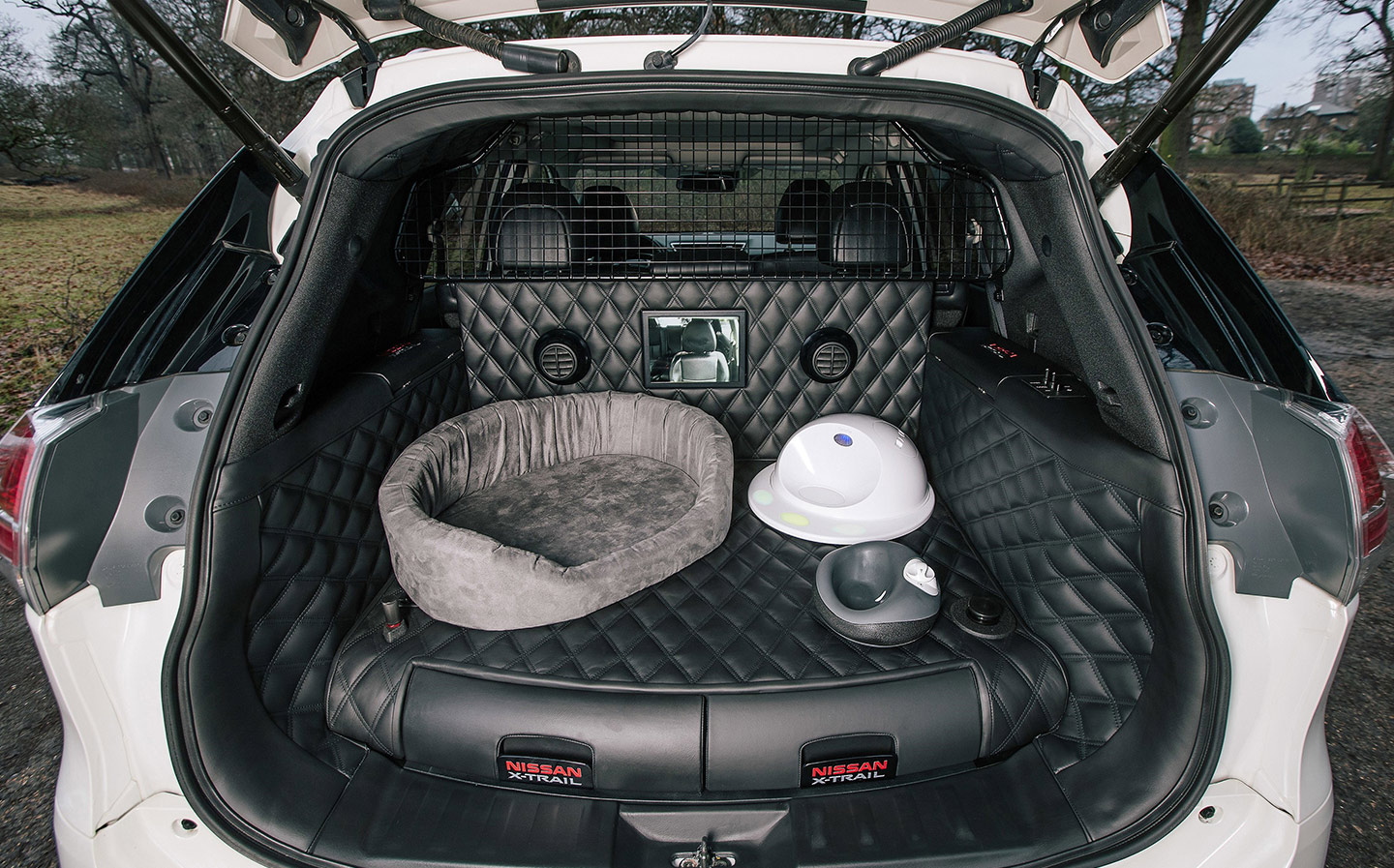 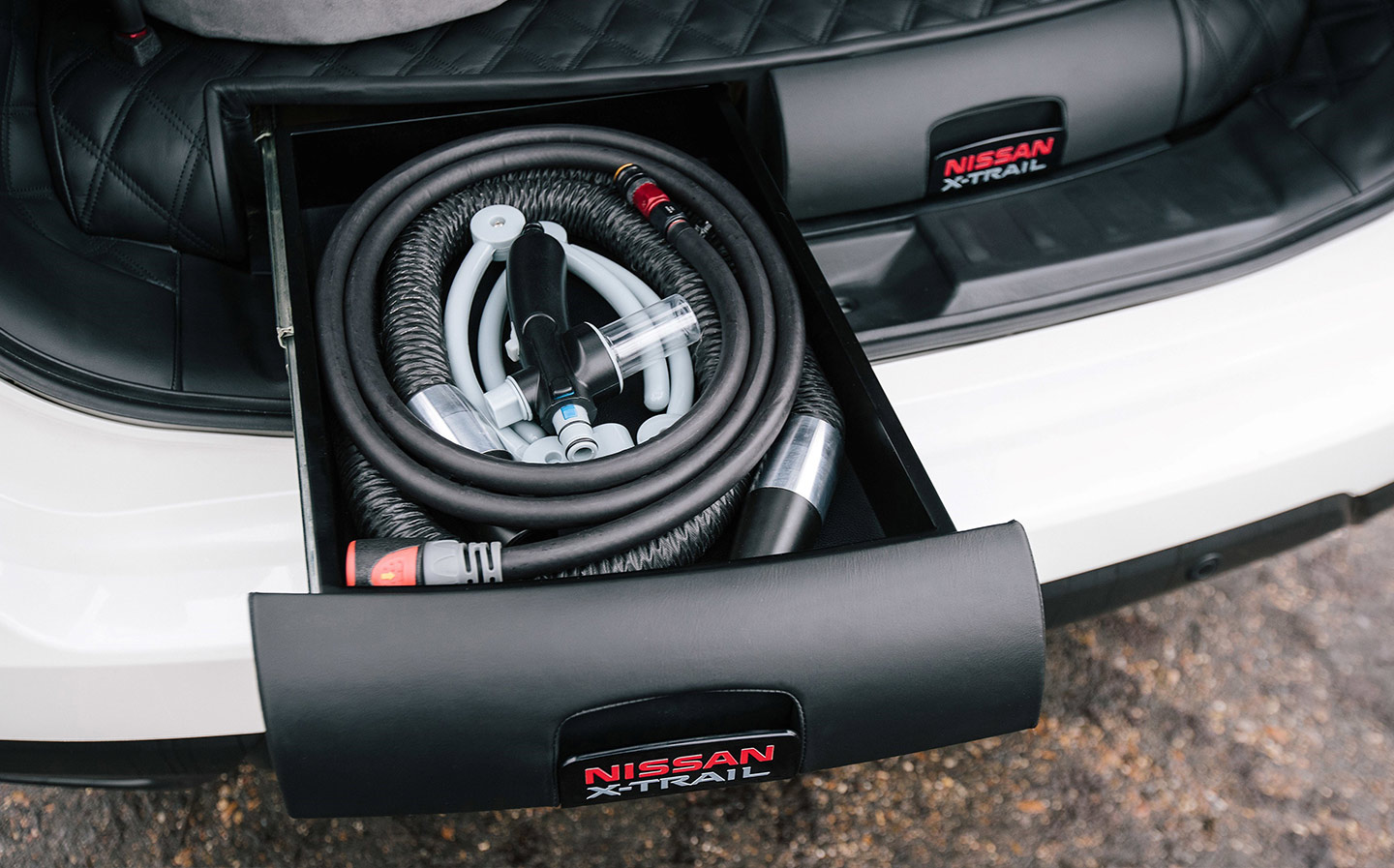 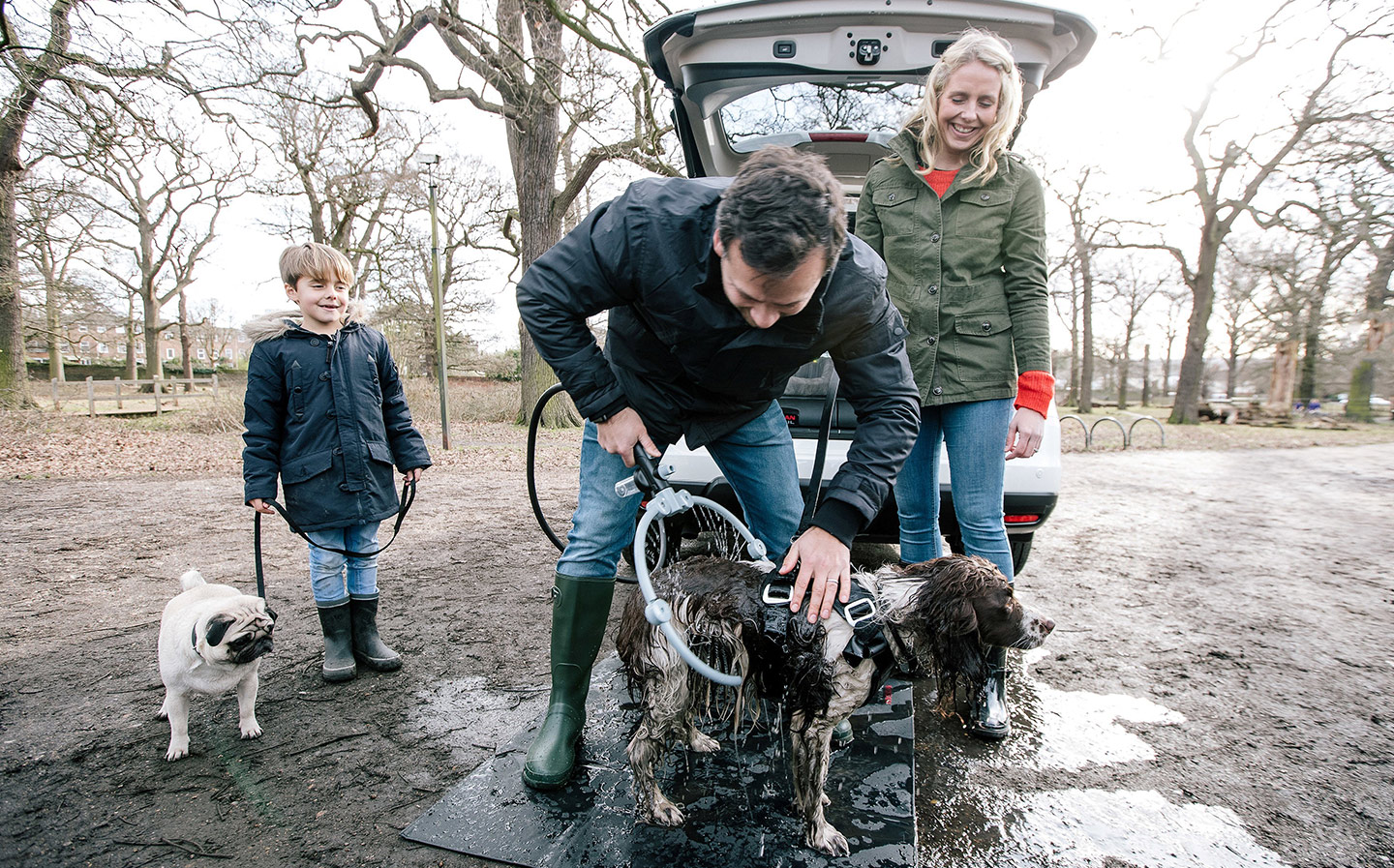 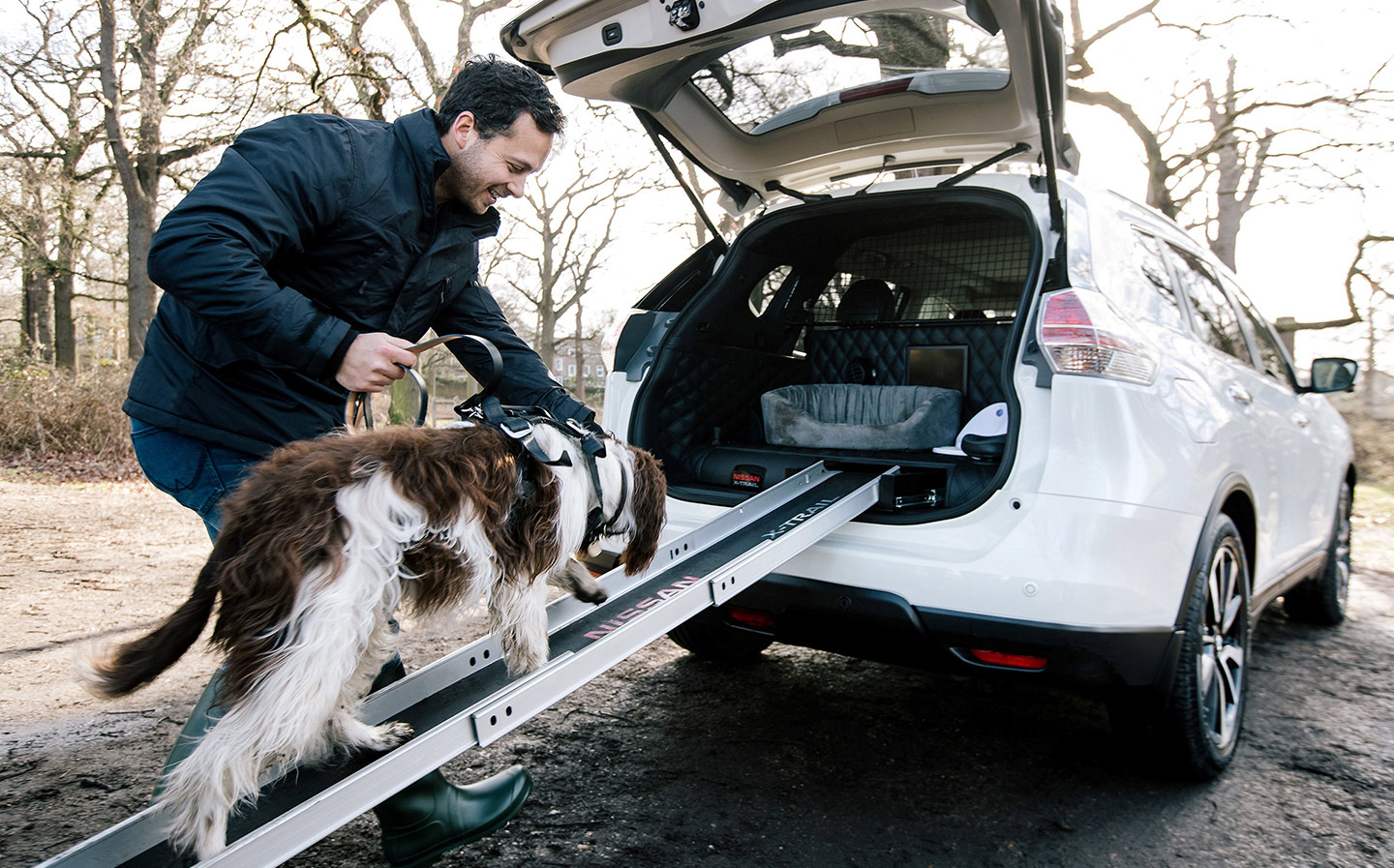 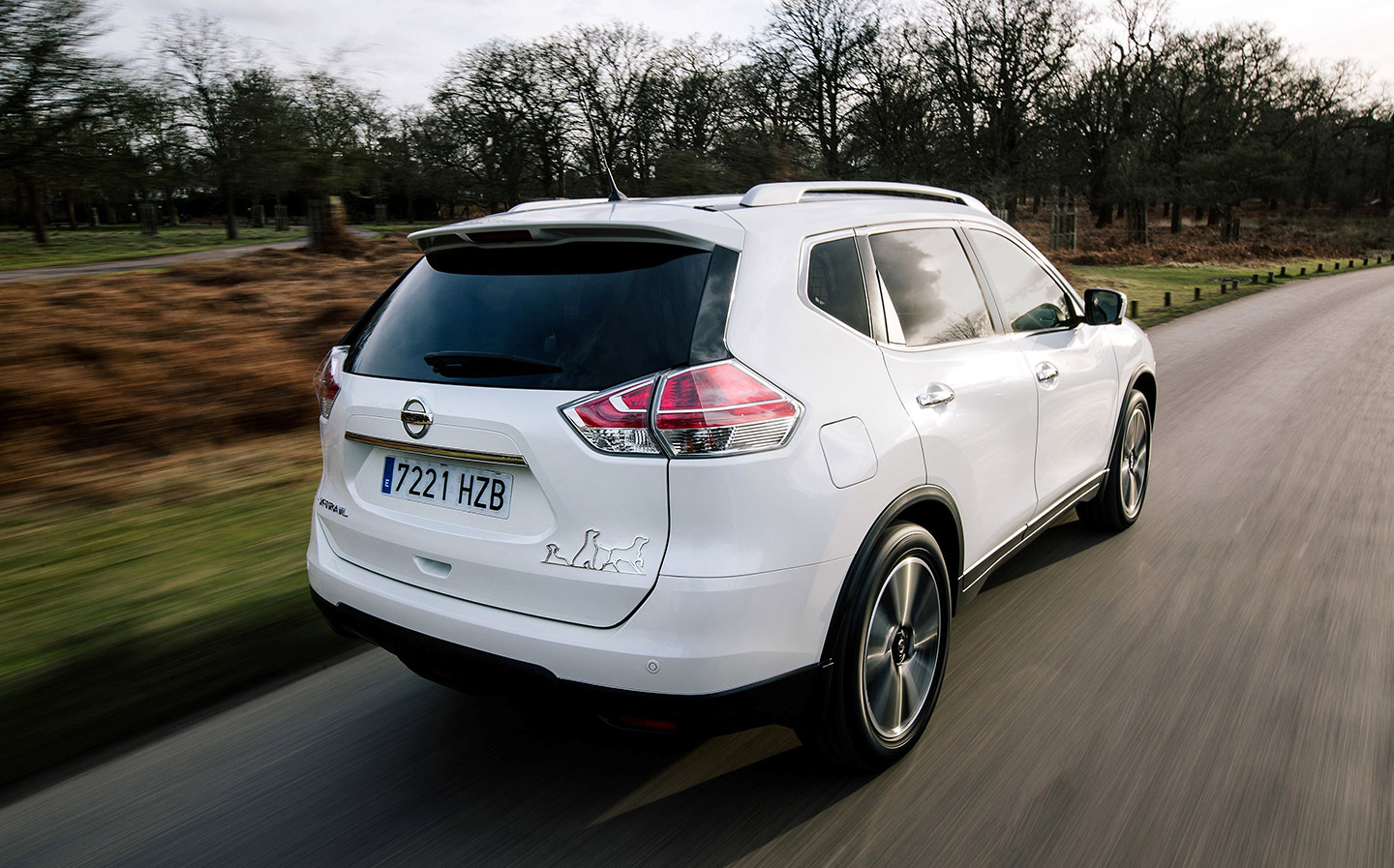 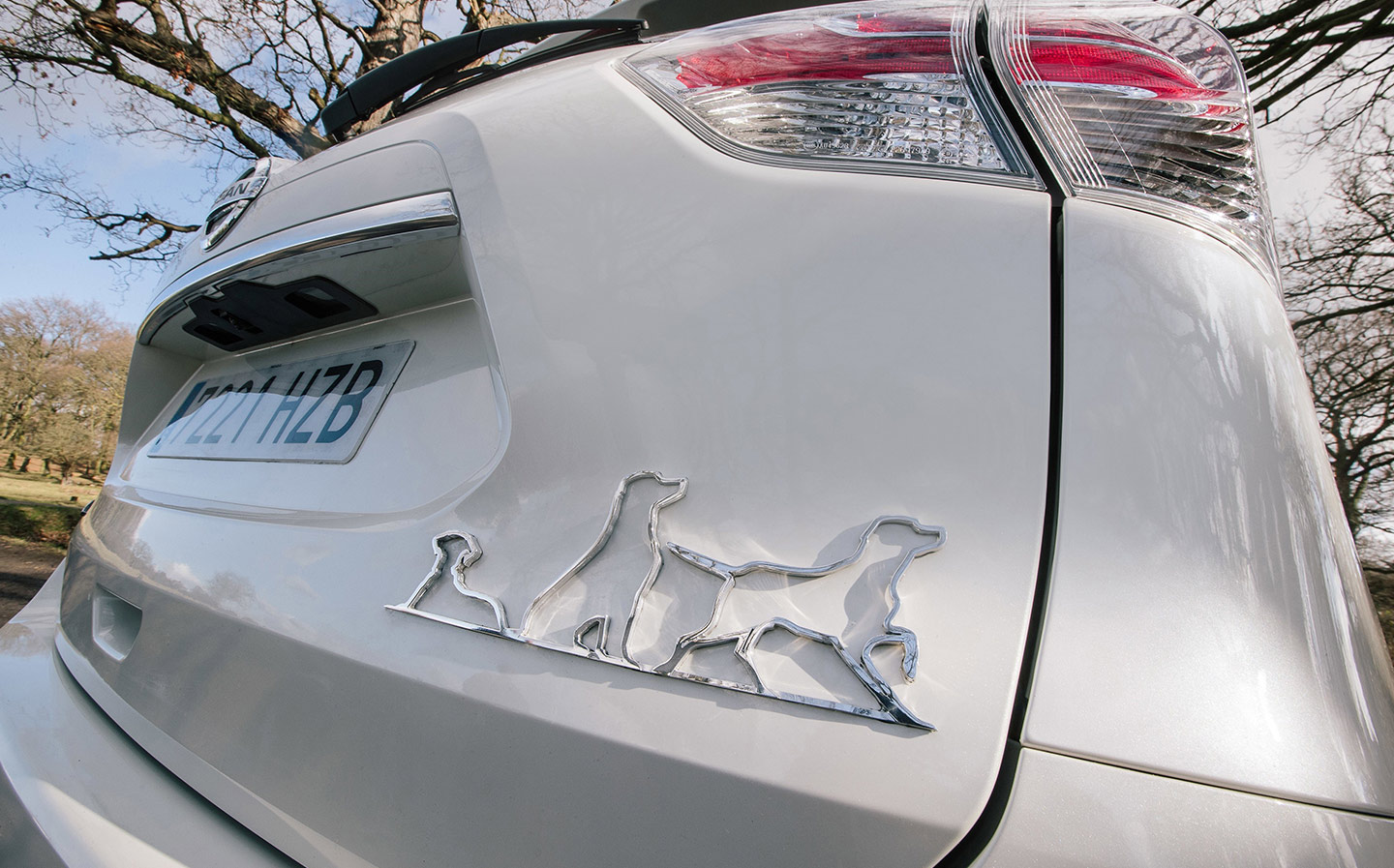 COULD this be the perfect car for dealing with muddy dogs after a day of traipsing through the woods? The Nissan X-Trail 4Dogs features a shower, a pull-out fur dryer and even a television screen to keep pets occupied while their driver takes them home.

The car, which may also appeal to those with children, is just a concept, but Nissan said it has been impressed by the public response.

The Japanese manufacturer said the 4Dogs’s main feature was a wipe-clean leather-upholstered boot, with a ramp for access, big enough for two pets.

Ryan Gains, chief marketing manager for the X-Trail, said that for dog owners “ensuring their pet’s needs are catered for is often just as important as making sure the children are comfortable and happy”.

Refreshments are served in a “no-spill” water bowl and a smart treat dispenser, which dogs can activate by pressing a pad. Side compartments have storage space for leads, treats and waste bags. A two-way camera and audio link on the dashboard allows drivers to keep their pets calm if they are nervous passengers.

The idea came after a survey carried out among Kennel Club members revealed that 90% wanted a vehicle with added dog-friendly space. Rachel Homeny, a vet, said the features were perfect for taking dogs out in all weathers.

“In particular, the wash and dry functionality allows dogs to be dogs, so owners don’t need to worry about messing up the car interior,” she said.

The X-Trail starts at £22,800; if the concept ever becomes a reality, pet owners could expect to pay at least a further £1,000 to snap up the 4Dogs version.

The only part of the concept that can be bought now is the grille that keeps dogs in the no-frills boot.

Dogs and cars: what the Kennel Club research found