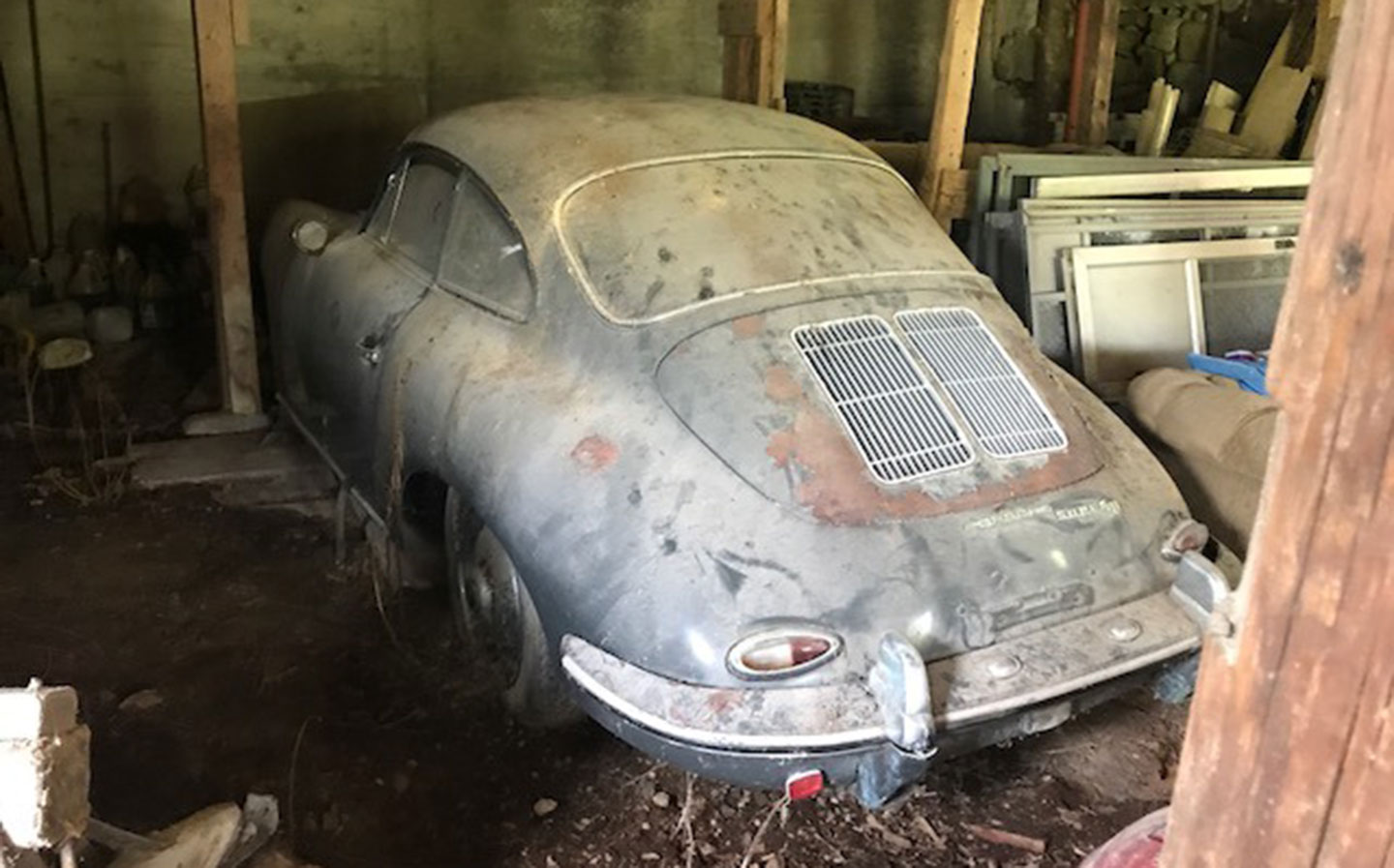 AN UNRESTORED example of a highly desirable Porsche sports car has been discovered tucked away near New York.

Currently up for sale by the classic car vendor Gullwing Motor Cars, the Porsche in question is a 1962 Porsche 356B coupe that’s alleged to have been gathering dust near the Big Apple for roughly 40 years.

This particular example is also a very long way from its original homeland. Despite residing near the east coast of North America, the Porsche 356 you see here was originally sold in Europe, before being imported over to the United States in the early 1970s by a German priest.

Of more interest to Porsche afficionados, though, will be the specification of this unrestored Porsche. As well as sporting one of the more desirable exterior/interior trim combinations (Slate Grey paint with red cloth-and-leather upholstery), this example is also one of the very sought after, race-derived Super 90 models — with the larger rear engine vents indicating this vehicle was one of the first 356s to be fitted with the ‘T6’ coupe bodywork.

Despite being an unrestored example, this Porsche 356 isn’t a wholly original car, with the vendor stating a replacement engine was fitted at some point in the car’s life. With a registered 44,000 miles on the clock, the Porsche 356B barn find also hadn’t been a garage queen before being locked away in the late 1970s.

Being listed for a non-negotiable price of $56,500 (£42,633), this Porsche 356B Super 90 could also be seen as a bargain to any prospective Porsche collector. Even well-maintained higher mileage cars are known to sell for close to double that amount, so whoever decides to buy and spruce up this intriguing little Porsche sports car could have a mighty valuable car on their hands after sprucing it up a bit.