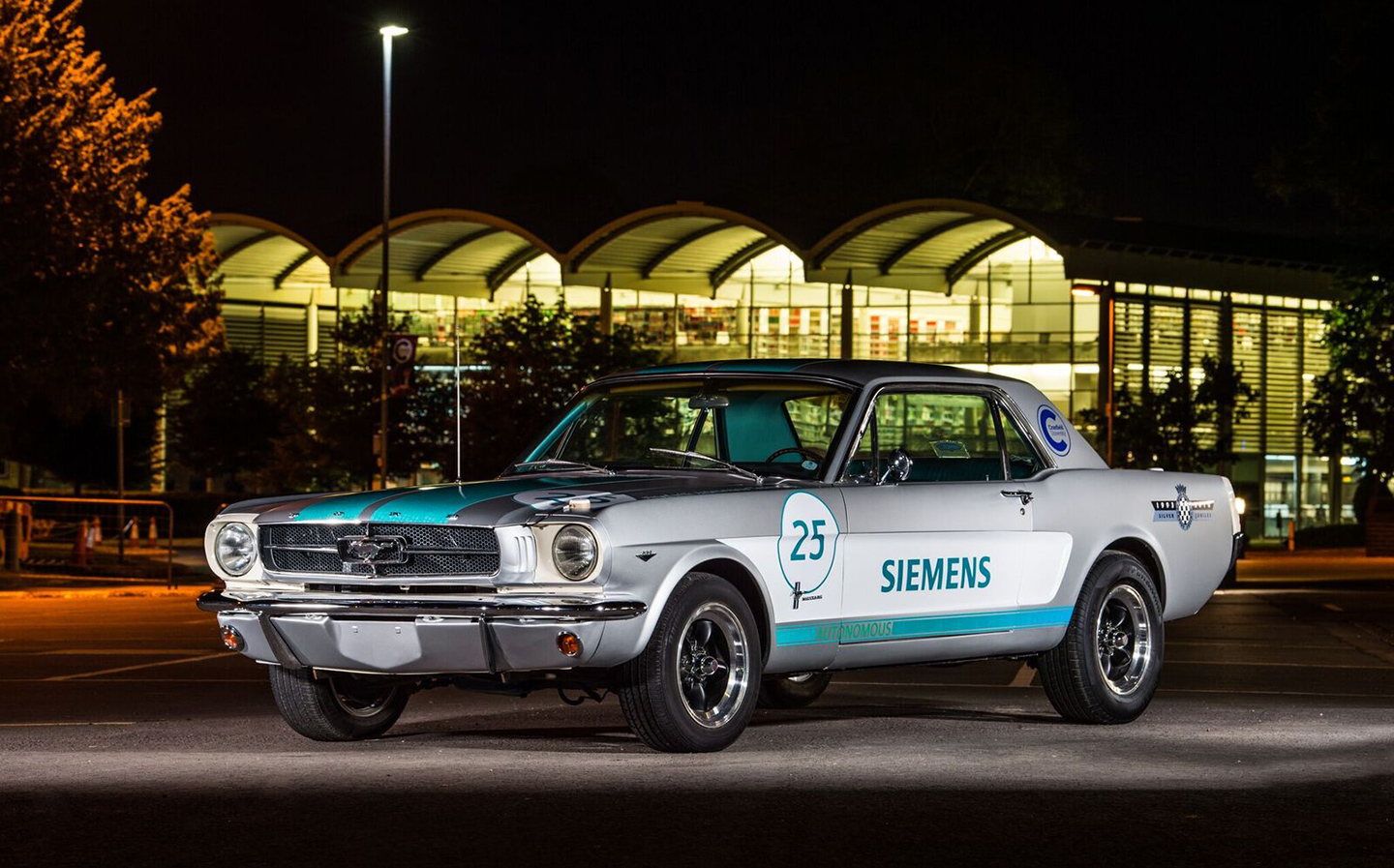 THE TECHNOLOGY firm Siemens will conduct the first ever autonomous hill climb run at Goodwood, in perhaps the most unlikely of cars: a classic Ford Mustang.

Co-developed by Siemens and Cranfield University, the self-driving Mustang will make its first attempt at the Goodwood Festival of Speed’s hill climb on the opening day, tomorrow.

With the basis of the project being a 53-year-old Pony car, the development team had quite a few hurdles to overcome. One particularly troublesome aspect was ensuring the autonomous systems could provide the “delicate handling control” needed to keep the car on the narrow and bumpy course.

To best avoid a collision with the hay bales, highly advanced scanning tools have been used to create an accurate 3D image of the route, allowing the autonomous ‘Stang to navigate the 1.16-miles of tarmac successfully.

Though a run during the Timed Shootout is unlikely, Siemens has confirmed it’ll be sending the autonomous Ford Mustang up the hill over all four days of the Festival of Speed. When it isn’t tackling the tricky route, the tech showcase Ford Mustang will be proudly displayed in the main paddock area.

The Siemens-prepared Ford Mustang won’t be the only autonomous car attempting a Goodwood hill climb run: the self-driving Robocar will also be let loose on Lord March’s driveway during this year’s Festival of Speed.