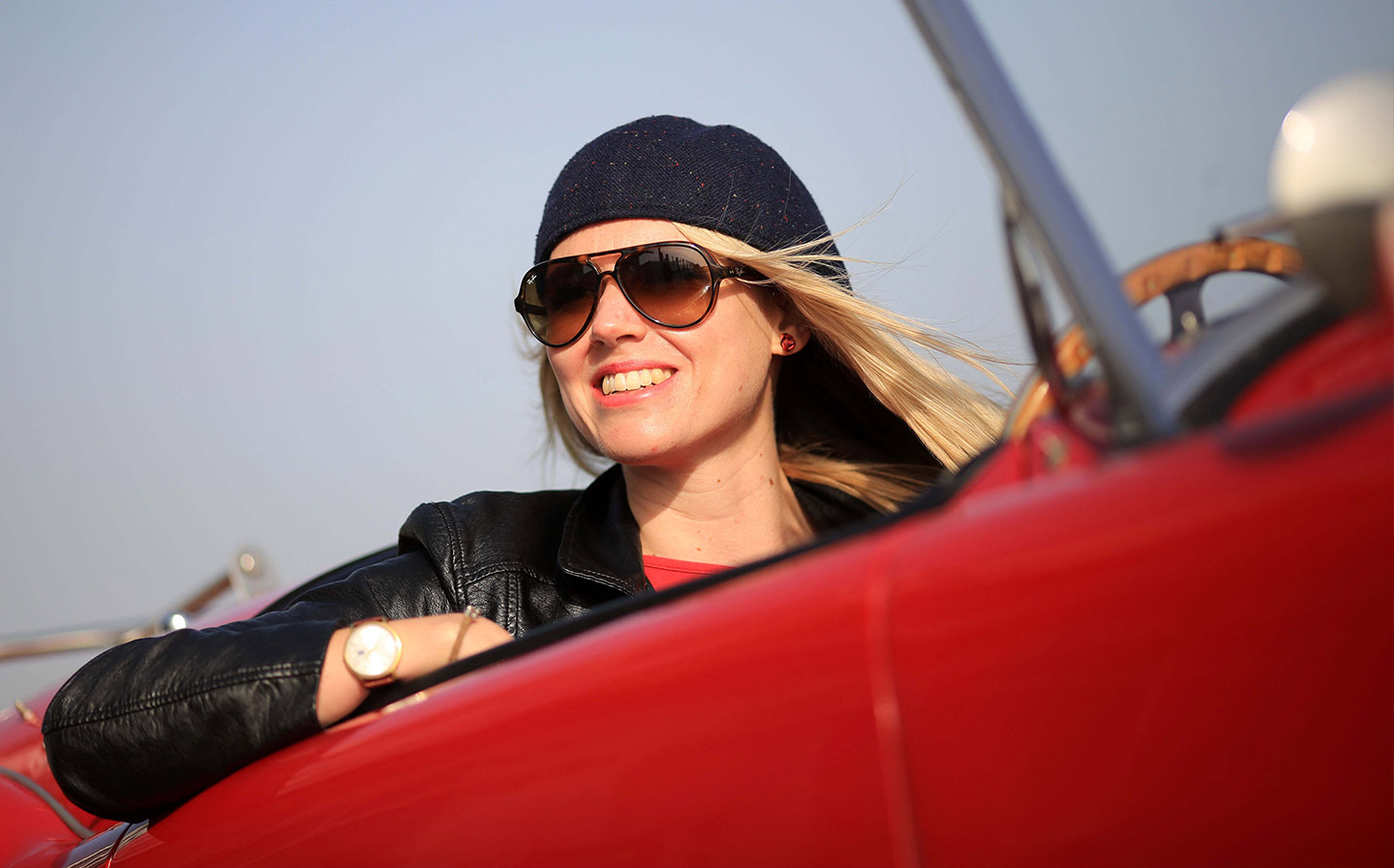 ASK TWO people to define “classic car” and their ideas may differ. A child of the 1980s might covet a Peugeot 205, but to someone who grew up in the 1950s that might seem terrifically modern – and unlikely ever to become a true classic.

Looking for an official definition doesn’t help much. Vehicle excise duty (often known as road tax) allows cars more than 40 years old to be exempt as historic vehicles. But HM Revenue & Customs rules on company cars recognise classics as those of at least 15 years old with a market value greater than the original price and at least £15,000.

That’s why specialist insurers of classic cars have a degree of flexibility. “Typically, vehicles over 20 years old would qualify for classic car insurance,” says Pieter Bolton, Underwriting Manager at Footman James. “However, rarer and more prestigious cars are more likely to be accepted from a much younger age.”

A sensible policy, given that a few “modern classics” – limited-edition performance models, in particular – surpass their original values well within 20 years. 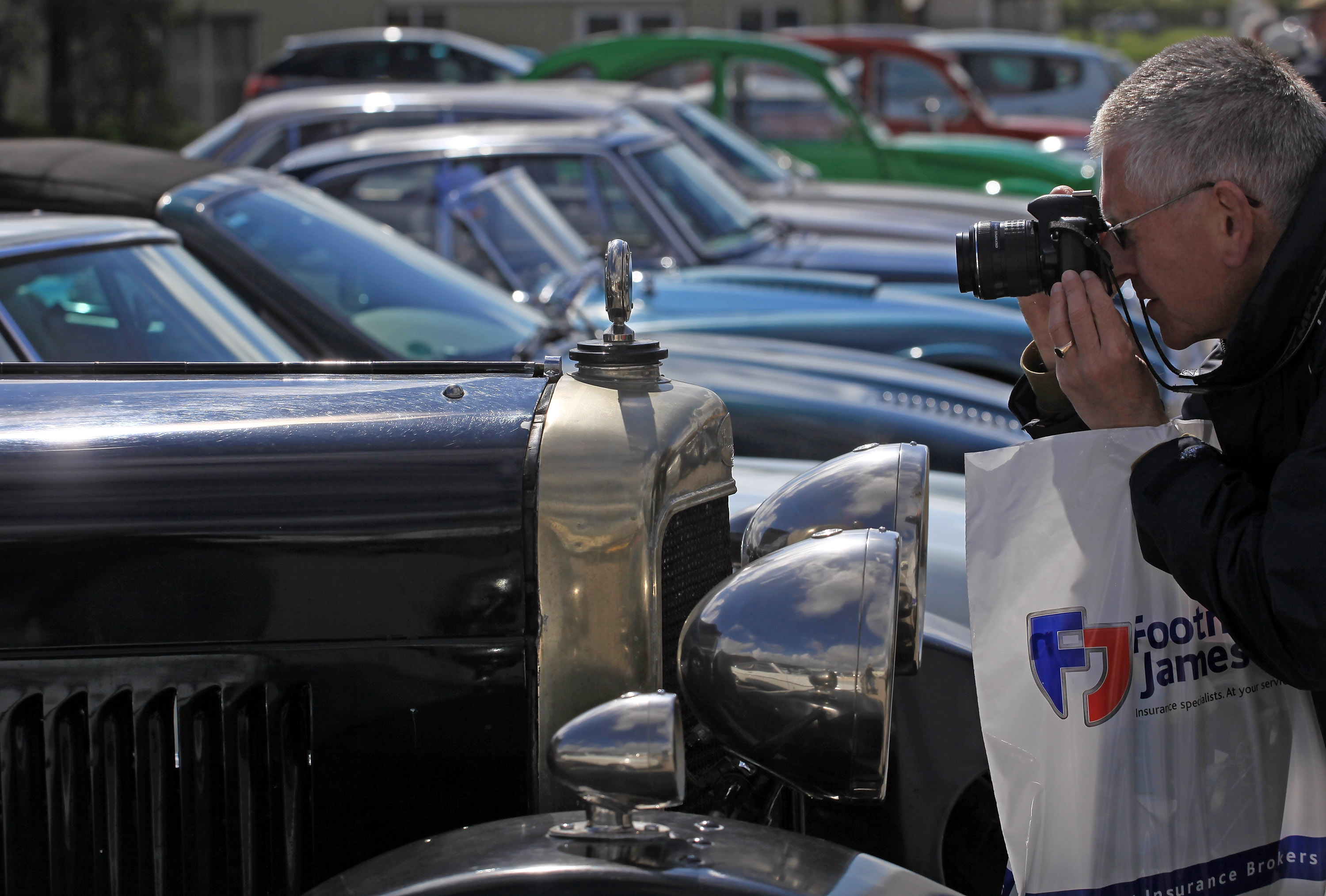 Classic car insurers can cover participation in shows and events

A typical classic car policy offers more detailed cover than a standard policy, however old the car. Even the most basic Footman James policy allows participation in shows and events, and the option to retain the salvage in the event of a total loss.

“Modern car insurance policies typically don’t recognise the unique requirements of a classic customer at the point of claim,” says Bolton. “A classic policy with Footman James allows you to go to a garage or repairer of your choice, be pointed in the direction of a specialist repairer by our own network of garages or take a cash in lieu settlement.”

Such a settlement allows customers to do their own repairs, covering the cost of labour and parts.

“We understand that classic vehicle owners generally know their vehicle inside out and may prefer to do work themselves or use their own trusted garage,” says Bolton.

What’s more, Footman James allows you to tailor your classic car policy with extensions (known as FJ+) such as use of the vehicle for wedding hire or track days.

In addition, its sports car insurance covers hobbyists who regularly take their car for a spin around a track, while competition car insurance is for competitive eventing with vehicles manufactured, modified or otherwise altered for motor sport. 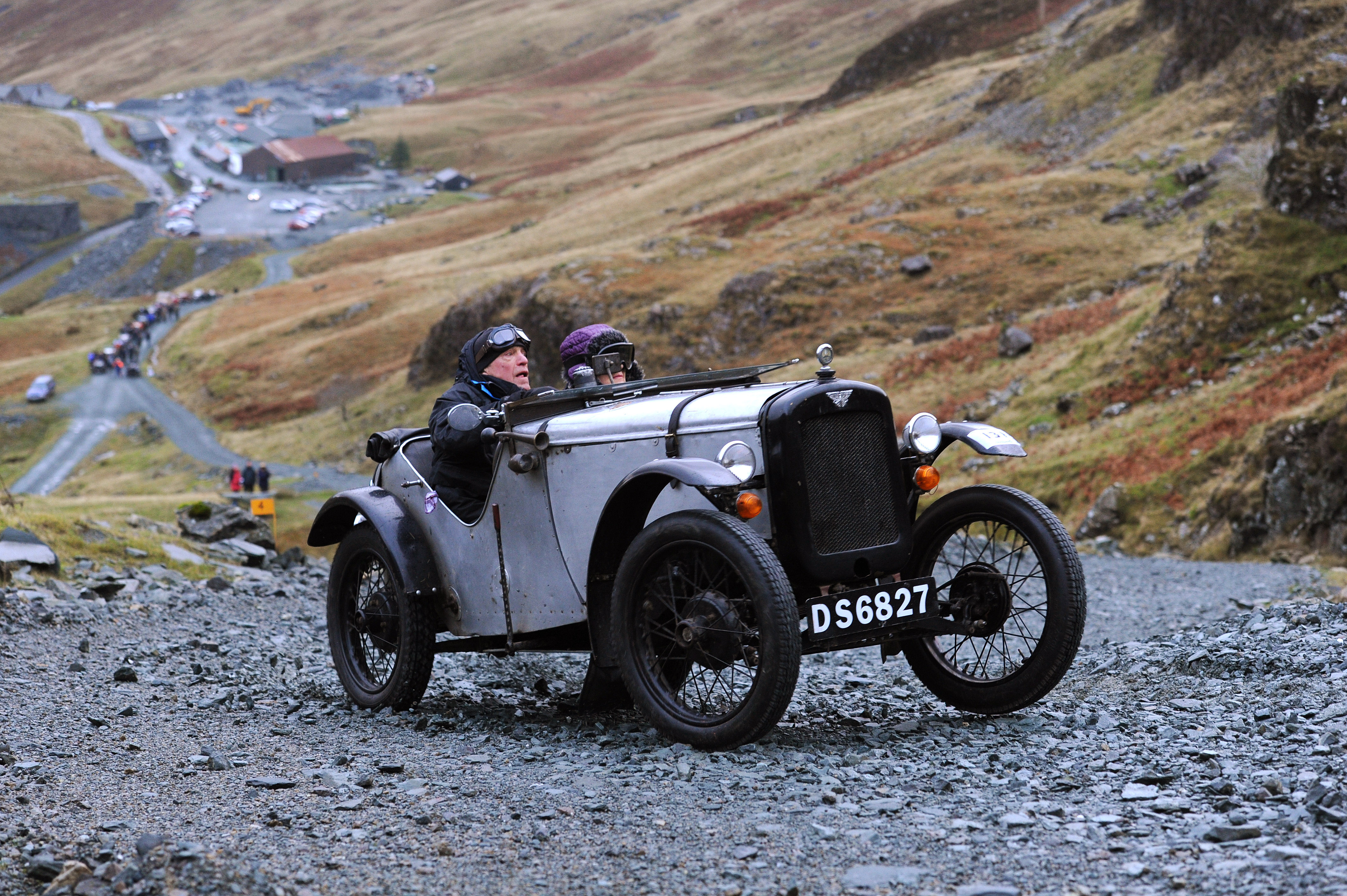 Want to enter your classic into a motor sports event or trial? Specialist insurers have policies to suit

In most cases a classic car is considered too precious to be used as a daily drive; commuting and weekly shopping trips in them are not the norm. That’s why classic car policies often come with limited-mileage allowances. Whereas a policy for a modern car would start coverage at 6,000 or 8,000 miles a year, a classic car policy can cater for customers driving between 2,000 and 10,000 miles.

The less time you spend on the road, the less likely you are to be involved in an accident, so premiums can be kept low. Footman James, which has fine-tuned its specialist policies over 35 years and has more than 75,000 vehicles on its books, also understands that taking risks on the road isn’t part of a classic car owner’s vocabulary, however much they like to drive.

This means that policies can be more affordable than you might imagine. Based on 2,000 miles a year, a driver aged 44-74 with a full, clean UK licence could expect to pay less than £100 a year to insure an MGB GT valued at £10,000.

Coverage for rare classics is also surprisingly inexpensive; if that same driver were lucky enough to own a 1964 Jaguar E-type valued at £160,000, Footman James would charge about £370 a year. 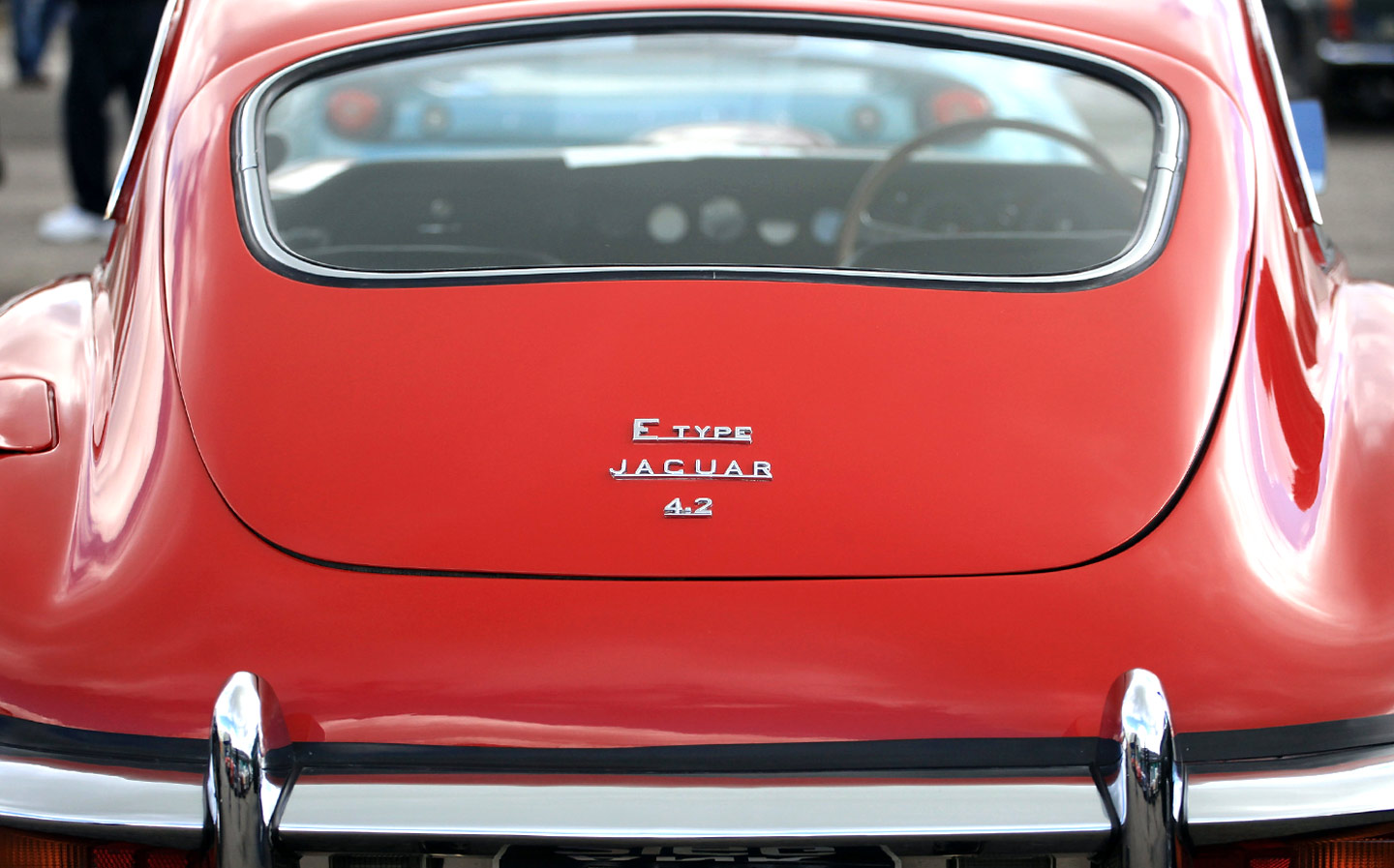 Even high value classics like a Jaguar E-type can be insured without breaking the bank, if the insurer knows what they’re doing

Most insurers won’t offer policies to young classic car enthusiasts, because they are the group most likely to make a claim; if they choose to take to the road in a classic car – which usually lacks safety features such as crumple zones, air bags, electronic stability control and antilock braking (most are lucky even to have disc brakes) – the risks are even greater.

Step forward, specialist insurers. To encourage the next generation to get behind the wheel, Footman James operates a young drivers’ initiative for Morris Minor Owners Club members, allowing those as young as 17 to be covered. 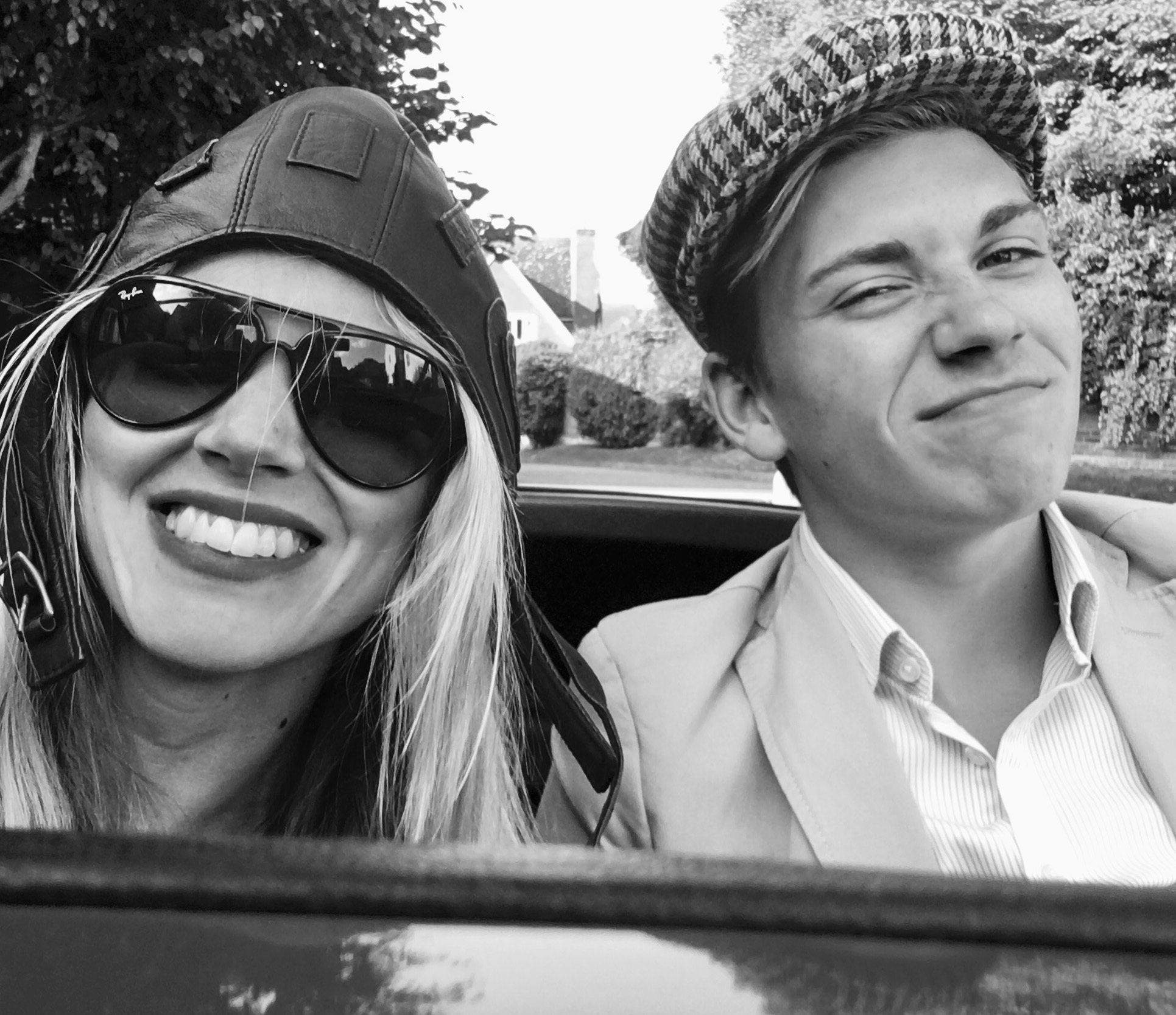 How to keep classic insurance costs down

To pinch back some pounds and pennies, customers can take advantage of discounts offered to car club members. The majority of insurers believe such affiliations demonstrate drivers are serious about understanding and taking care of their beloved classics.

Another policy extension that can keep costs down is deciding on an agreed value, which ensures that you will be paid that amount (less your policy excess), regardless of the market value at the time of the loss. Footman James uses approved car club experts with extensive knowledge of the marque when establishing an agreed value, but independent valuations can be accepted with proper evidence.

Be aware, though: modifications beyond the manufacturer’s original specifications – whether for cosmetic, performance or safety reasons, including alloy wheels, a respray, an updated engine or a stainless steel exhaust – need to be declared.

Bolton says that, without that, “it could be undervalued, and the consequence could be that you get paid out less than what the car is worth, or it may end up that the vehicle is inadvertently written off as an economical loss”.

If you’re not taking the car on the road

If you declare your vehicle as SORN (statutory off-road notification) – whether it’s for a nuts and bolts restoration, or to display it in a museum – it’s still at risk from fire, theft or damage. Off-road insurance, otherwise known as laid-up, or restoration, storage and transit insurance, isn’t a legal requirement but it offers extra protection.

David Bond, Managing Director at Footman James, says: “It’s clear that many owners cancel their insurance policies when they declare their classic car as SORN. But our laid-up policy provides peace of mind should the worst happen while they’re restoring, garaging or exhibiting their vehicle long term.”

It’s often cheaper than a normal policy, of course. With Footman James you’ll typically pay about £95 a year, but it can be as little as £40. The cost for a 1994 Land Rover Discovery TDI (the car most registered as SORN in the third quarter of last year, according to the Driver and Vehicle Licensing Agency) would be about £70.

Dave Richards, a classic car enthusiast who owns eight vehicles, said: “For me, taking out laid-up or off-road insurance is a no-brainer. It’s so cheap, and although it won’t make up for the loss of what are usually treasured vehicles, at least it covers the financial loss if there has been theft or damage.” 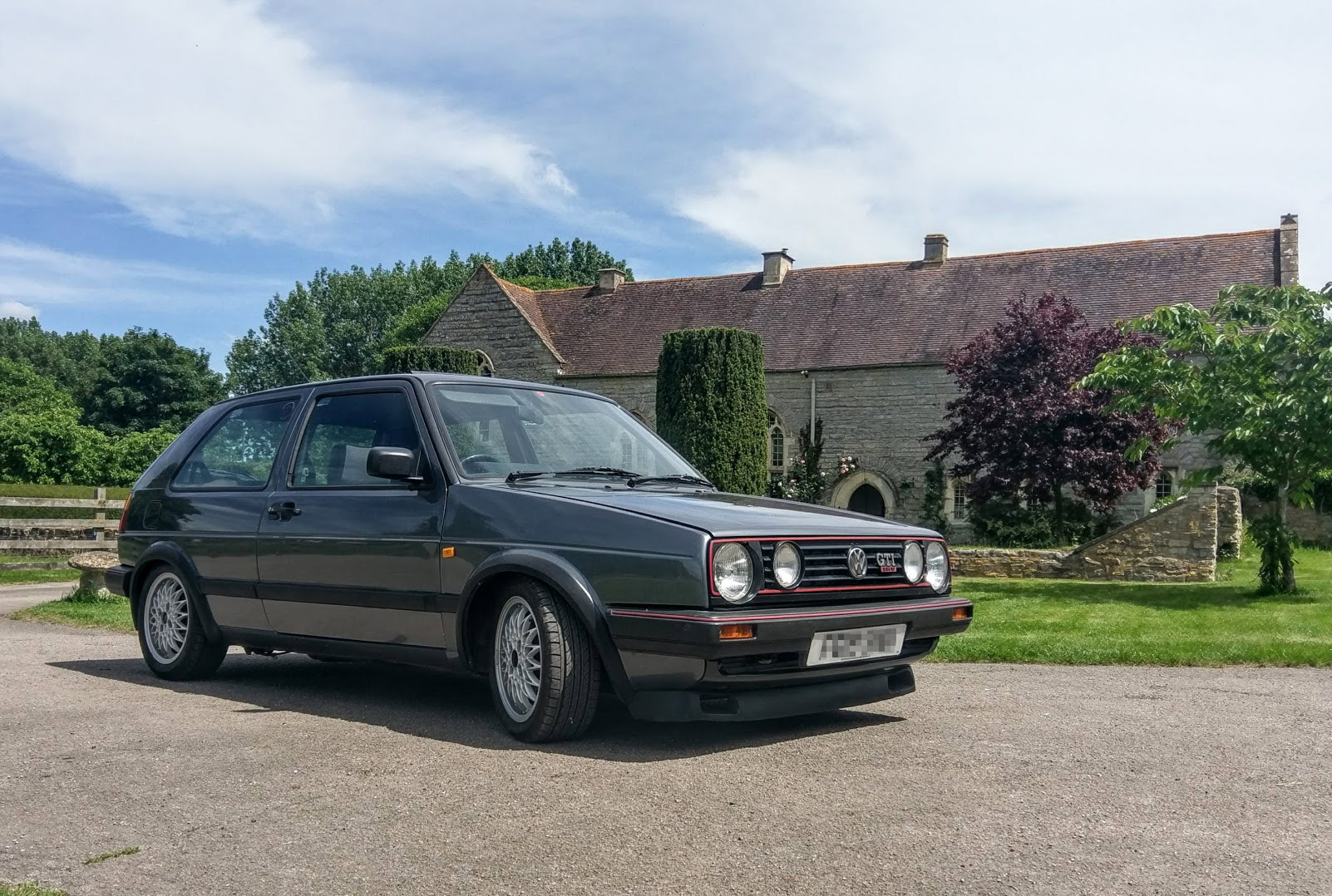 Ben Stinson bought a policy that covered his classic VW Golf GTI while it was off the road and undergoing restoration work.

Ben Stinson, Marketing and Social Media Co-ordinator at the Classic Motor Hub in Bibury, Gloucestershire, took out a laid-up policy while working on his Volkswagen Golf GTI Mk2 over the winter.

“Footman James was able to offer me a good agreed valuation, and offered a lower rate while it is ‘laid up’ in storage for the winter months,” he says.

Stinson has spent time and money undoing the 10 previous owners’ botched jobs and tweaks to try to get the Golf as close to the original as possible.

“I set my sights on finding one that had original paint and had a body in excellent condition – after all, everything else can be sorted or replaced a lot more easily – and it was the very last of the ‘small bumper’ Mk 2 Golfs.”

Stinson has a multi-car policy with Footman James that also covers a 2007 Golf R32 (his daily drive), which helped to bring the cost down.

Will Brexit change anything?

At the time of writing there’s great uncertainty about the conditions under which Britain will leave the EU, or indeed whether it will leave at all.

Footman James says cover for its customers driving in Europe will not change, but how a customer provides evidence of their insurance may be affected.

In the event of a no-deal Brexit with no extra rules agreed, customers driving abroad after March 29 this year will need to provide physical proof of insurance at the border by means of the insurance Green Card.

Other tips for insuring your classic car

1 Make sure your policy covers breakdowns. Such problems are more likely with classics, so think about recovery and onward travel.

2 Check your theft cover. Make sure your pride and joy is covered for theft from home but also check that it will be covered in the event that it’s stolen while in the care of a third party (for example, a mechanic). – not sure if our policies cover this?

3 If you keep your car garaged… Don’t leave the keys in it. You won’t be covered if it gets stolen.

Insure your classic car at footmanjames.co.uk