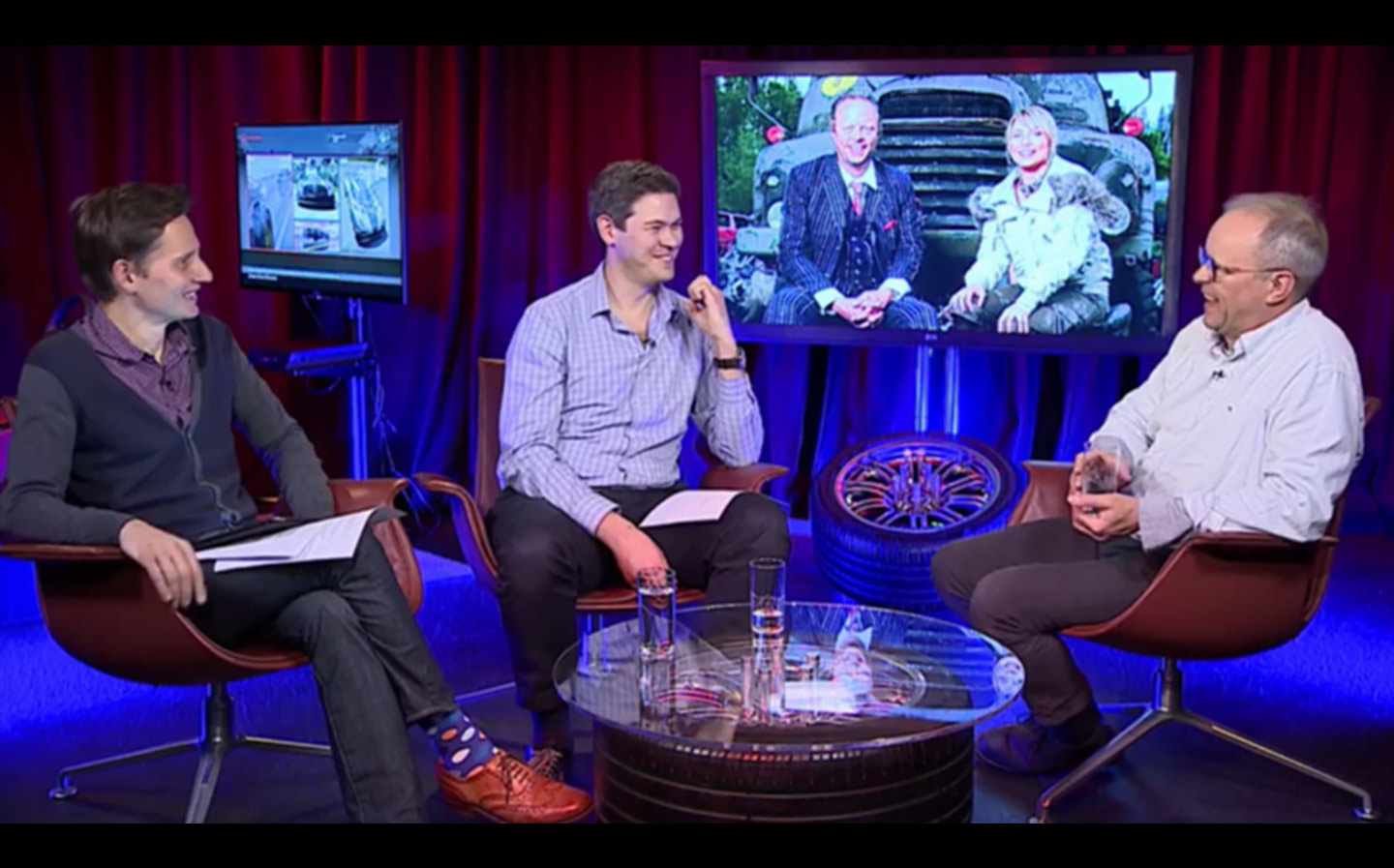 DRIVING has launched a new series of Facebook Live videos that put readers in touch with celebrities who want to talk cars.

In a break from convention the shows aren’t shot from the windscreen of a car, with James Corden or Jerry Seinfeld in the driver’s seat. Instead they’re broadcast live from the studios at the Sunday Times office in London.

With its working title of Kicking the Tyres, a studio setting and a posh coffee table fashioned from the alloy wheel of a BMW M3, the new weekly series of shows allows any members of Facebook to watch and join in, asking questions as the interview is being carried out.

Episode one starred Amy Williams MBE, the British gold medallist who took the title in the women’s skeleton at the 2010 Vancouver Winter Olympics.

Having taken part in one of Top Gear’s most exciting challenges, where Williams raced down a mountain run in Lillehammer, Norway, against James May in a Mini Cooper rally car, she shared her thoughts on Top Gear old and new, as well as her impressions of Clarkson, Hammond and May — the trio of presenters now behind new Amazon motoring programme, The Grand Tour.

Williams also revealed how sliding down luge runs at more than 90mph on a tiny sled has taken its toll, physically.

In a lively interview, episode two featured comedian, writer, actor and eco-champion, Robert Llewellyn. Despite having learnt to drive in a fast, smoky go-kart, Llewellyn now prefers to explore hybrid and electric cars. He told viewers that he believes drivers won’t own a car in the future; instead, they’ll summon one for the trip they need to take “because 90% of cars are parked up doing nothing for 90% of the time.”

To keep him on his toes, we ask Robert to attribute quotes to either Red Dwarf, the sci-fi comedy series in which he plays a “mechanoid” called Kryten, or Jeremy Clarkson, the Sunday Times Driving columnist.

Viewers can submit questions for Driving’s guests in advance of, or during, the Facebook Live broadcasts. Episodes go live at around lunchtime each Wednesday. Guests will be announced the day before each show.