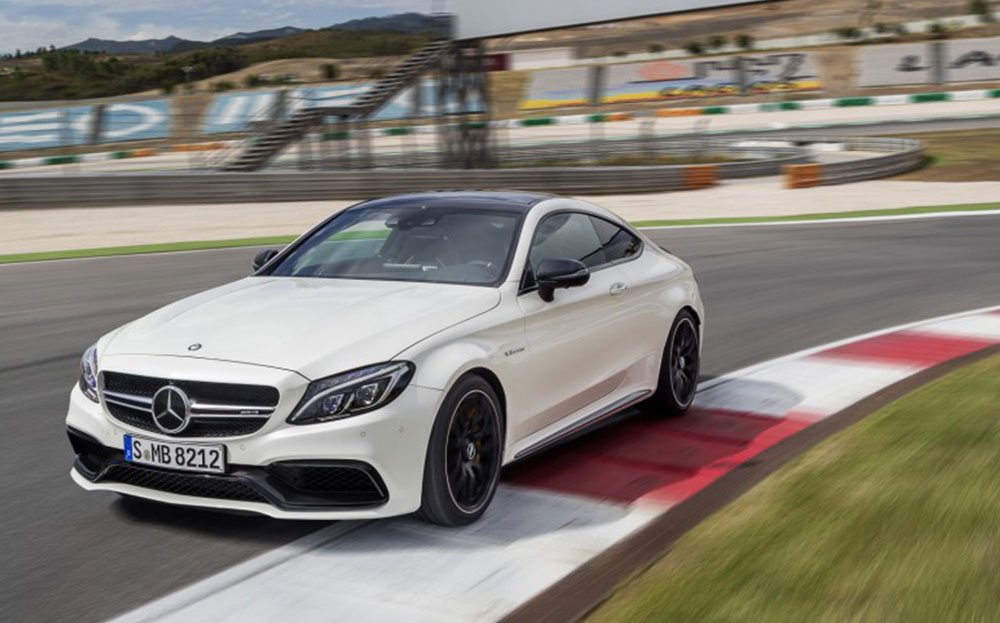 CHANCES are that on your daily drive to work you pass a dozen Mercedes-Benz C-class saloons. A favourite of middle managers the world over, the capable four-door Mercs are popular but about as exciting as a PowerPoint presentation.

You probably won’t, however, pass too many of this close relative: the Mercedes-AMG C 63 coupé. This is the flagship version of the new range of C-class coupés — themselves a more exciting take on the staid saloon. The AMG version is easy to spot because it has a quad exhaust system and two “powerdome” bonnet bulges to accommodate the V8 engine.

Put it this way: if the C-class saloon is a car in a business suit, then the coupé has removed its jacket and unbuttoned its collar, while the AMG is downing shots in the nightclub.

The range-topping 503bhp AMG C 63 S is more supercar than commuter and will accelerate to 62mph in 3.9 seconds. Its top speed is limited to 155mph, but drivers can increase that to 180mph with the optional driver’s pack.

Helping it stick to the road are uprated suspension, rear tyres almost a foot wide and a sliver of rear spoiler on the boot lid to create downforce. 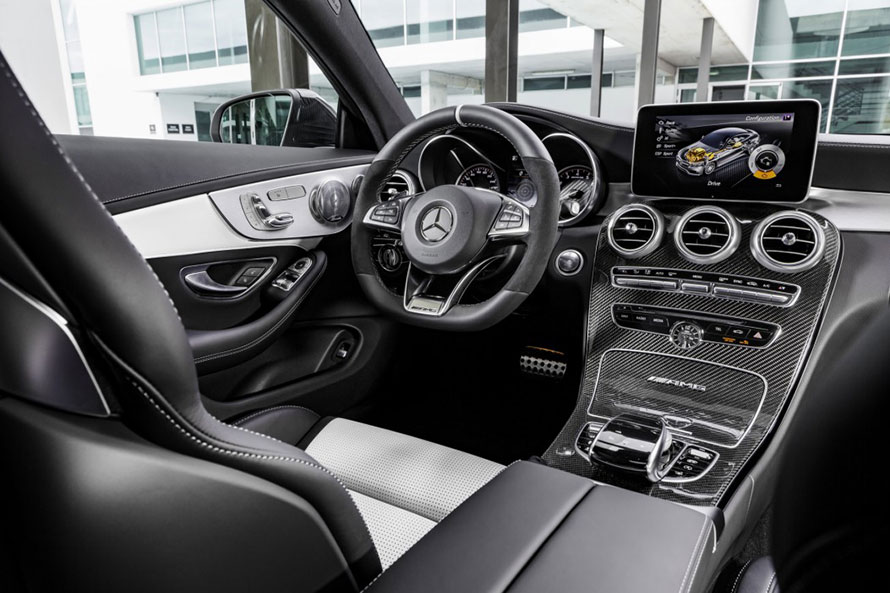 The layout is classic old-school hot rod, with a big V8 under the hood and rear-wheel drive, but it’s a car built for the digital age. The compact engine has its twin turbochargers between the two banks of cylinders, which reduces turbo lag, and the driver can choose from four transmission settings, three suspension modes and three levels of intervention from the stability control — one of which is the tyre-squealing Off. There’s also an active exhaust, which parps and growls more fiercely during racy driving.

For those looking for a chic C-class without the fireworks and bodywork bulges, the standard coupé is available with the same diesel and petrol engines as the saloon. Prices start at about £30,000.