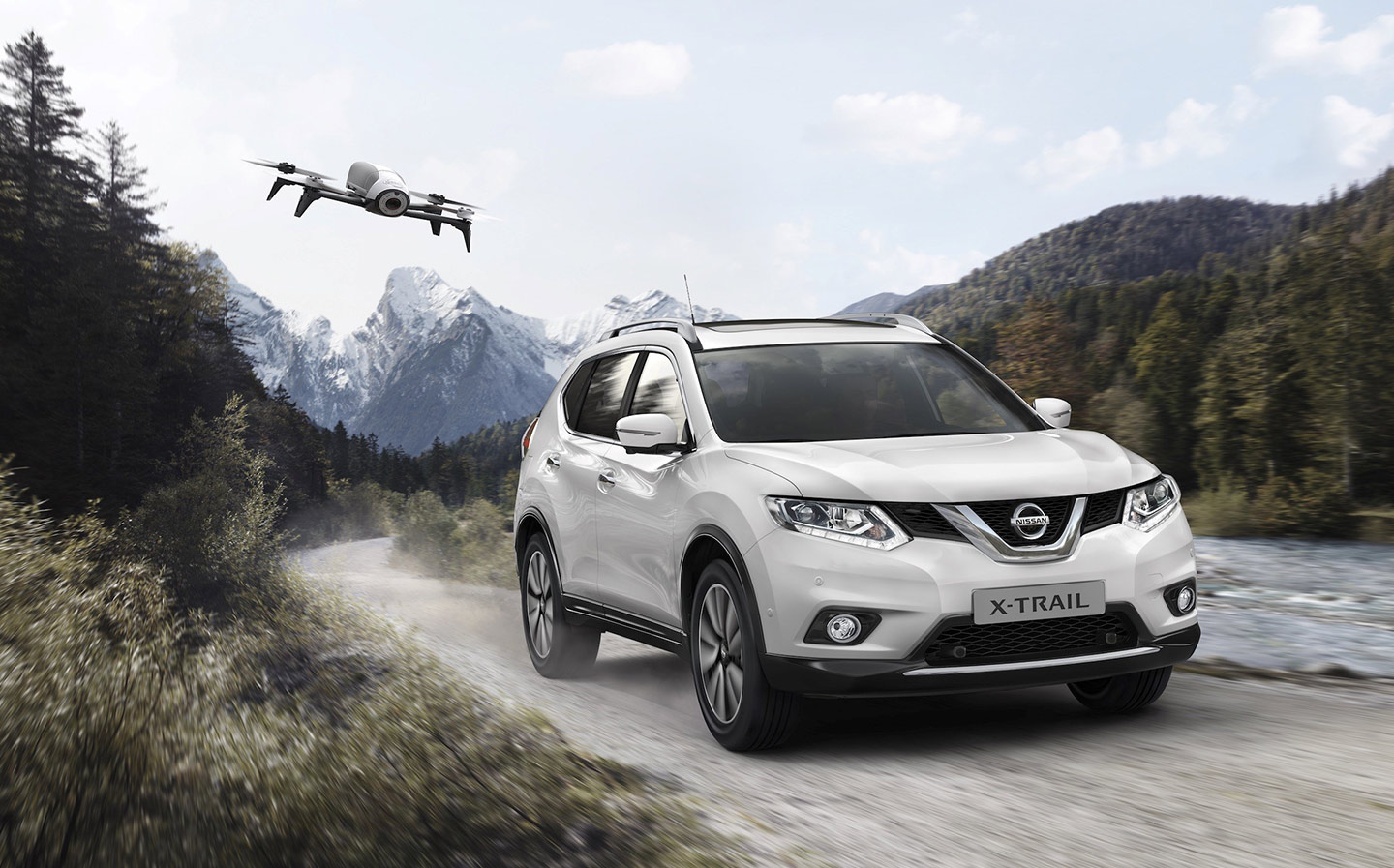 NISSAN has launched an option pack for the X-Trail SUV that includes a drone to capture aerial footage of owners’ driving.

The X-Scape Special Version pack, available with five and seven-seat N-Vision and Tekna specification X-Trails, has a Nissan-branded Parrot Bebop 2 drone that can be flown by remote control for around 25 minutes before it needs to be recharged.

The Parrot headset, which is included in the pack, shows a “first-person view” live feed from the drone’s 14Mp camera. A “follow me” system, not included, makes the camera track a wristband via GPS. Nissan says the band could be attached to, say, the car’s wing mirror.

The X-Scape Special Version pack costs £500 on top of cost of the X-Trail N-Vision or Tekna grades (£27,595 and £29,595 respectively). The Bebop 2 drone can be bought from the Parrot website for just £440, but Nissan throws in a backpack-style padded storage case, premium floor mats, the NissanConnect infotainment system with sat nav, roof rails and a panoramic sunroof.

Nissan plans to build 1,200 X-Trail X-Scape Special Versions for Europe, with 200 allocated to the UK.