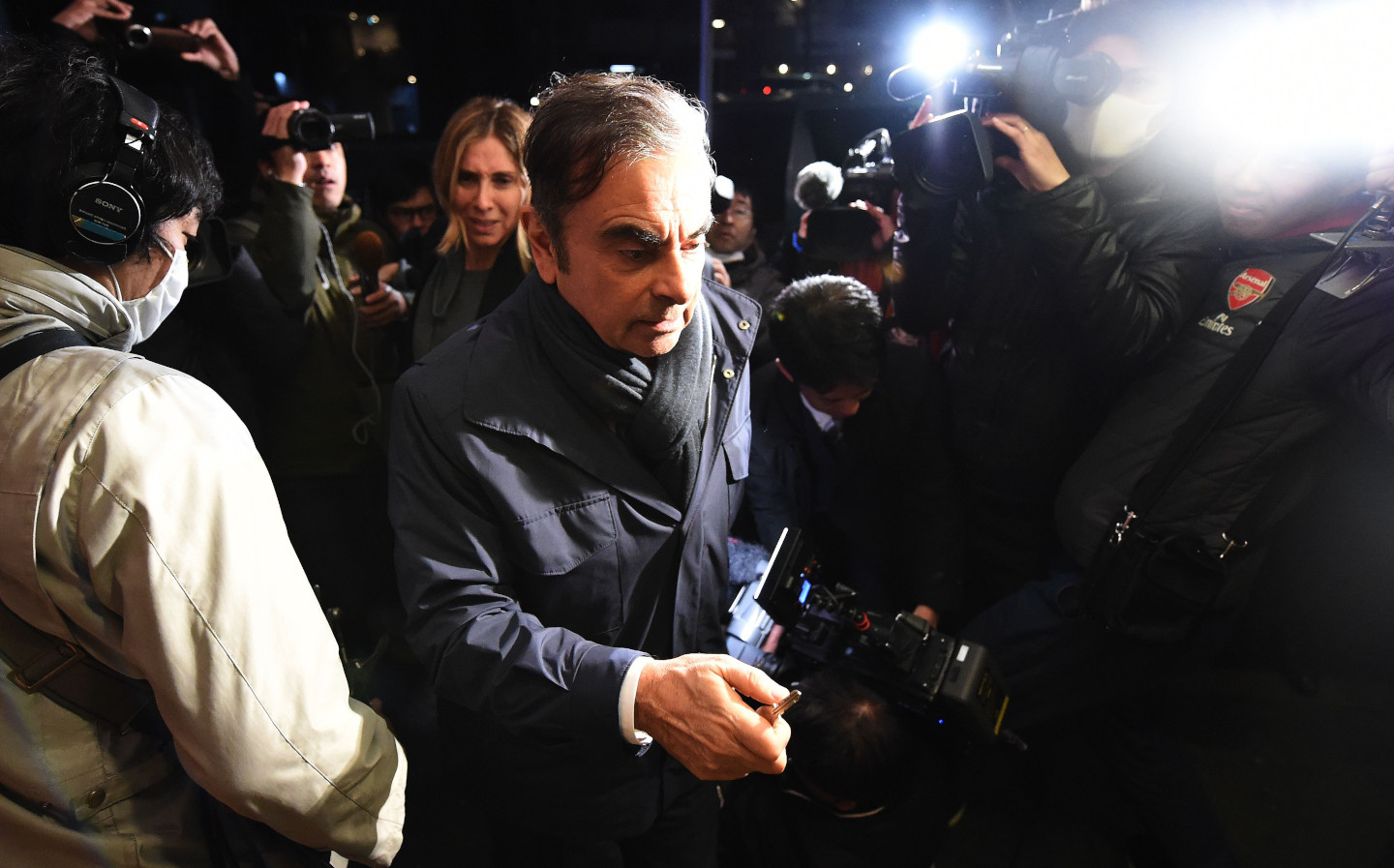 CARLOS Ghosn, former boss of the Renault-Nissan-Mitsubishi alliance and international fugitive, has been interviewed in a world exclusive for The Sunday Times Magazine.

The article, due for publication tonight, reveals new details of Ghosn’s daring midnight escape from house arrest in Tokyo, why he ran (at great risk to himself), his current life in exile in Lebanon, and his plans for the future. Ghosn, 66, maintains that he did not commit the crimes of which he is accused.

The Sunday Times’s reporter John Arlidge travelled to Ghosn’s home in Beirut for the interview. The £7m house, which was bought by Nissan and refurbished by the company at a cost of £6m, is a far cry from “freezing”Japanese prison cell in which the CEO was held for 130 days after being detained by police, before being placed under house arrest in Tokyo.

The Beirut home is one of five provided to him by the Alliance, which Ghosn claims were also used as offices and were considered better value and more secure than hotels. He retains access to it after a Lebanese court ruling, and Ghosn says he is attempting to buy the house off his former employer.

Ghosn said he was unaware of many of the escape plans being made by “associates”, who are now facing extradition to Japan to face criminal charges, but revealed he used a “burner” phone to make “quick and confidential” exchanges while under house arrest.

Ghosn was ‘unaware of many of the escape plans’

Other details of the escape were obtained from officials in Bahrain and an interview featured in Vanity Fair with exfiltration expert Michael Taylor, who is alleged to have hatched the escape plan. Asked by Arlidge whether or not he feels guilty about the prospect that Taylor and his 27-year old son could face jail time for assisting in his escape, Ghosn replied: “No comment.”

Since escaping to Lebanon, Ghosn has written a book in which he sets out his defence against the charges. Written in French (one of four languages Ghosn speaks) and titled Le Temps de le Verité (“The Time for the Truth”), it may prove to be Ghosn’s best opportunity to set out his side of the story.

In the book — and The Sunday Times interview — he argues there was a conspiracy within Nissan to oust him, and that he was the victim of a corporate takedown.

“Japan has become nationalistic. There was talk about the ‘re-Japanisation’ of Nissan,” he told Arlidge, arguing that leaked emails corroborate this narrative. Ghosn’s ambition to push through a merger with Renault conflicted with this alleged goal, he claims, adding that the company subsequently conspired to “put me completely out of the picture — that meant putting me in jail.”

Nissan has said that “a robust and thorough internal investigation” found “substantial and convincing evidence” that Ghosn “intentionally committed serious misconduct”. The company told The Sunday Times: “The facts surrounding the misconduct will be shown and the law will take its course”.

Former colleagues of Ghosn’s have also disputed his version of the story. One former senior executive told The Sunday Times in the Carlos Ghosn world exclusive that part of Nissan’s incentive for undertaking criminal proceedings against its former boss was that his lifestyle of excess conflicted heavily with Japanese custom, and that it was becoming increasingly difficult to separate his personal and professional lives. “He was taking the piss and the resentment in Tokyo simply reached boiling point,” the former executive said.

Ghosn also revealed his plans for the future in the interview. He has begun teaching a management course at Holy Spirit University of Kalisk in Lebanon, educating local entrepreneurs in the hope that he can help the economy of Lebanon recover from the devastating explosion that took place in Beirut in August.

Leading politicians in the country have called for him to join the Lebanese government but Ghosn said he would only take a position as an informal advisor — he is politics-weary after a career working for politically-affiliated company.

For now, he says, he is “enjoying simple pleasures: being with Carole [his wife] and my kids”.

To read the full Sunday Times world exclusive interview with Carlos Ghosn, which includes the all the details of his daring escape from Japan, pick up a copy of today’s The Sunday Times Magazine or visit The Sunday Times website. You may also like to read this article about his first press conference after arriving in Lebanon.