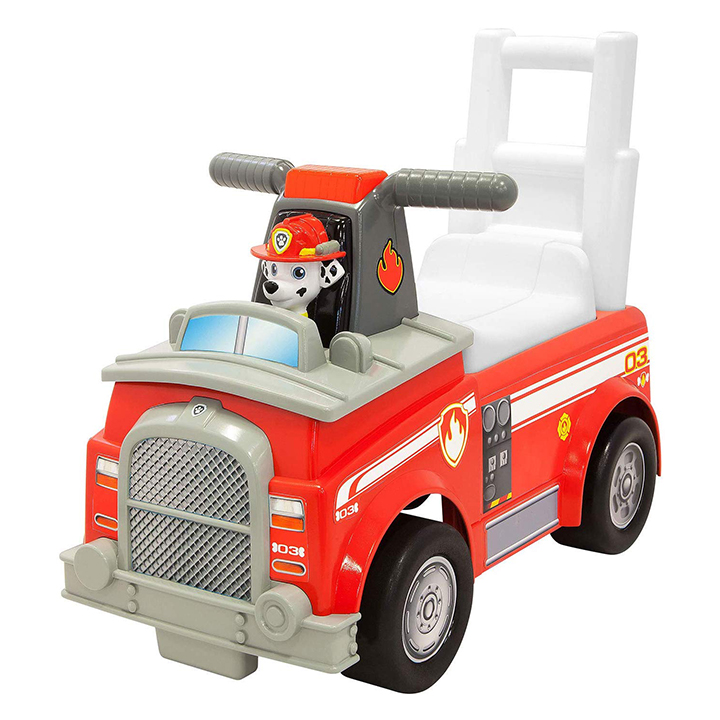 A THREE-YEAR-OLD boy could qualify as the latest member of the Paw Patrol after riding one of the cartoon’s licensed toy trucks to the rescue, after his dad suffered a seizure.

Stefan Snowden was at home in Twenty, Lincolnshire, when his father Marc, 28, became ill. According reports, he left the house and covered a quarter of a mile on the Paw Patrol ride-on, part of which was along the busy A151 road between Spalding and Bourne, with cars beeping and driving around the child.

It wasn’t until two women spotted him that disaster was averted, with one running into the road to stop the traffic.

The youngster was taken to one of the women’s home, where they waited for the police. Snowden is reported to have told the officers that his “daddy is poorly”.

In Paw Patrol, a group of hero dogs with specialist skills come to the rescue of  people and animals in need, using a variety of vehicles. Snowden’s ride-on truck, similar to the one pictured, is themed with the character Marshall, the fire-fighting pup.

The boy’s mother, Carla Neve, 25, had popped out to run an errand when the drama unfolded. She said Marc suffers from epilepsy and loses consciousness when he has a seizure.

She said: “Marc suffers from epilepsy. He was on the sofa and loses consciousness when he has a seizure. Stefan knows how to get out of the front door and must have gone to get his truck.

“He was definitely going for help.”

Inspector Rachel Blackwell from Lincolnshire Police praised the woman who stepped in to rescue Snowden from the man road, highlighting the danger posed to Snowden. “Without her speedy actions the child could have been seriously injured or worse,” she said.

“The action of the second woman who opened her home was amazing. She entertained the boy while the first woman tried to track his family down.”

According to the Daily Mail, neighbours went door to door until they found Miss Neve’s home where she was waiting for an ambulance for her husband, unaware Stefan was even missing.

She added that Marc Snowden was now “doing fine” and said the couple were “so thankful to these two amazing people” who helped their son.