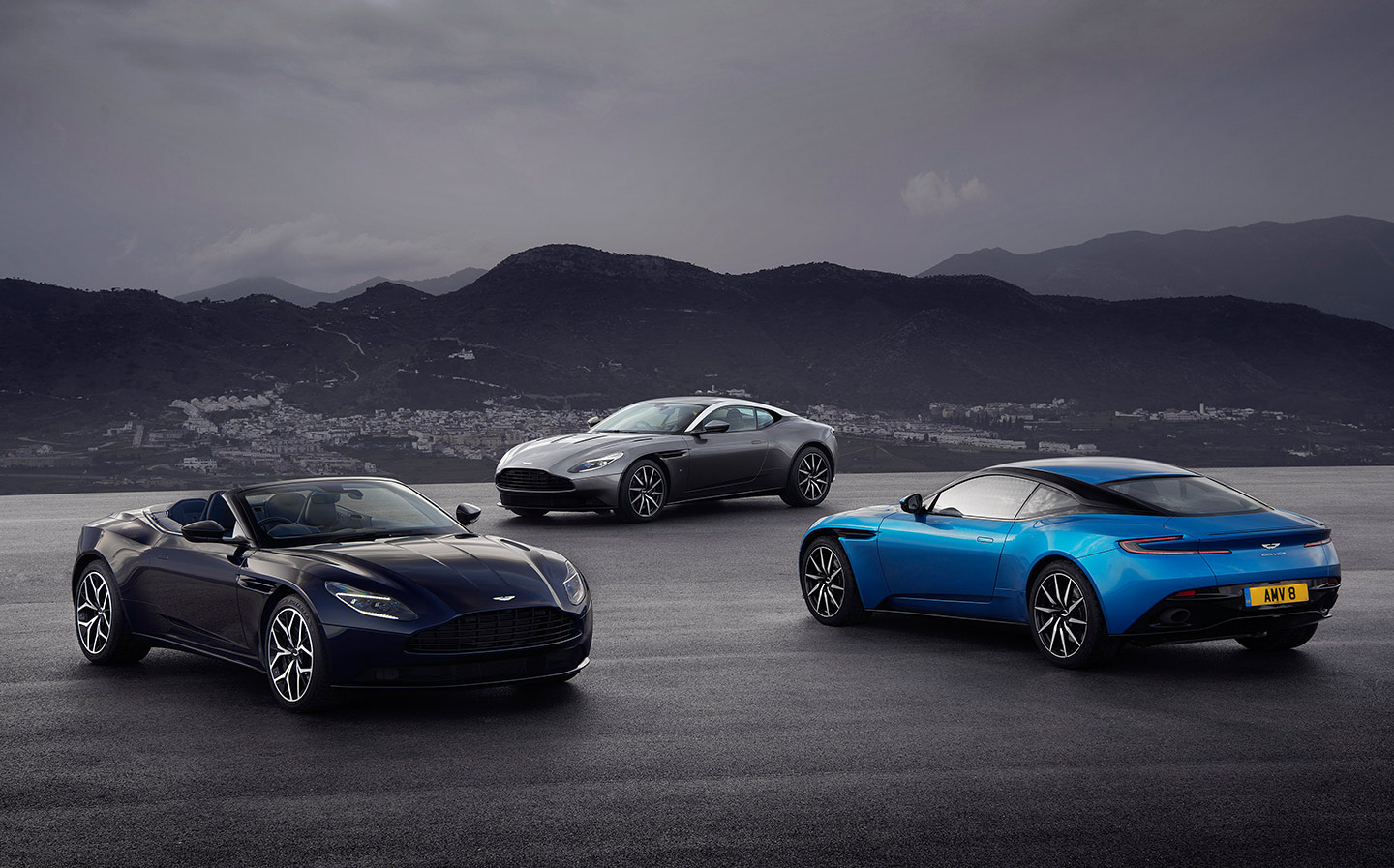 UK new car sales are continuing to nosedive, according to figures released today by the SMMT, but no-one told Aston Martin: the British sports car brand has reported the highest percentage growth in its history, with profits soaring by a quarter of a billion pounds as unit sales exceeded 5,000 for the first time since 2008.

Aston’s total value is now $3.6bn (£2.6bn), up 268% year-on-year, according to the 2018 Brand Finance Auto & Tyres Report, which ranks world’s most valuable car and tyre brands. That performance means it Aston jumps from 77th to 24th spot in the table.

Last year Aston Martin launched the DB11, which closely-resembles the DB10 model that created specifically for the James Bond film Spectre, as well as special models including the stunning Vanquish Zagato Coupe and the retro DB4 GT Continuation model, which Jeremy Clarkson drove in series two of The Grand Tour.

There’s also a new Vantage on the way; it will be one of the stars of this week’s Geneva motor show, alongside a racing version known as the Vantage GTE, and the new DB11 Volante (convertible).

David Haigh, CEO of Brand Finance, commented: “Aston Martin is roaring back into the top ranks of luxury car makers. The brand is famed for offering a high-end product, and respected for the quality they deliver. Exploiting one of the strongest and broadest series of planned model launches in the sector, Aston Martin is now a darling for investors and a brand that Britain should be proud of.”

Andy Palmer, Aston Martin’s president and chief executive officer, said: “Following on from our tremendous financial results, this endorsement of the Aston Martin brand is further proof of our successful global brand strategy. Our Second Century Plan is gaining momentum: the DB11 has achieved sell-out demand, the new Vantage has just been revealed to critical acclaim and the next model under the plan, the replacement to the Vanquish, is on schedule to be revealed later this year.

“The pride and the trust in the Aston Martin brand starts with our employees and spreads out across the globe to our customers, our racing teams, our brand ambassadors and our loyal fans.”