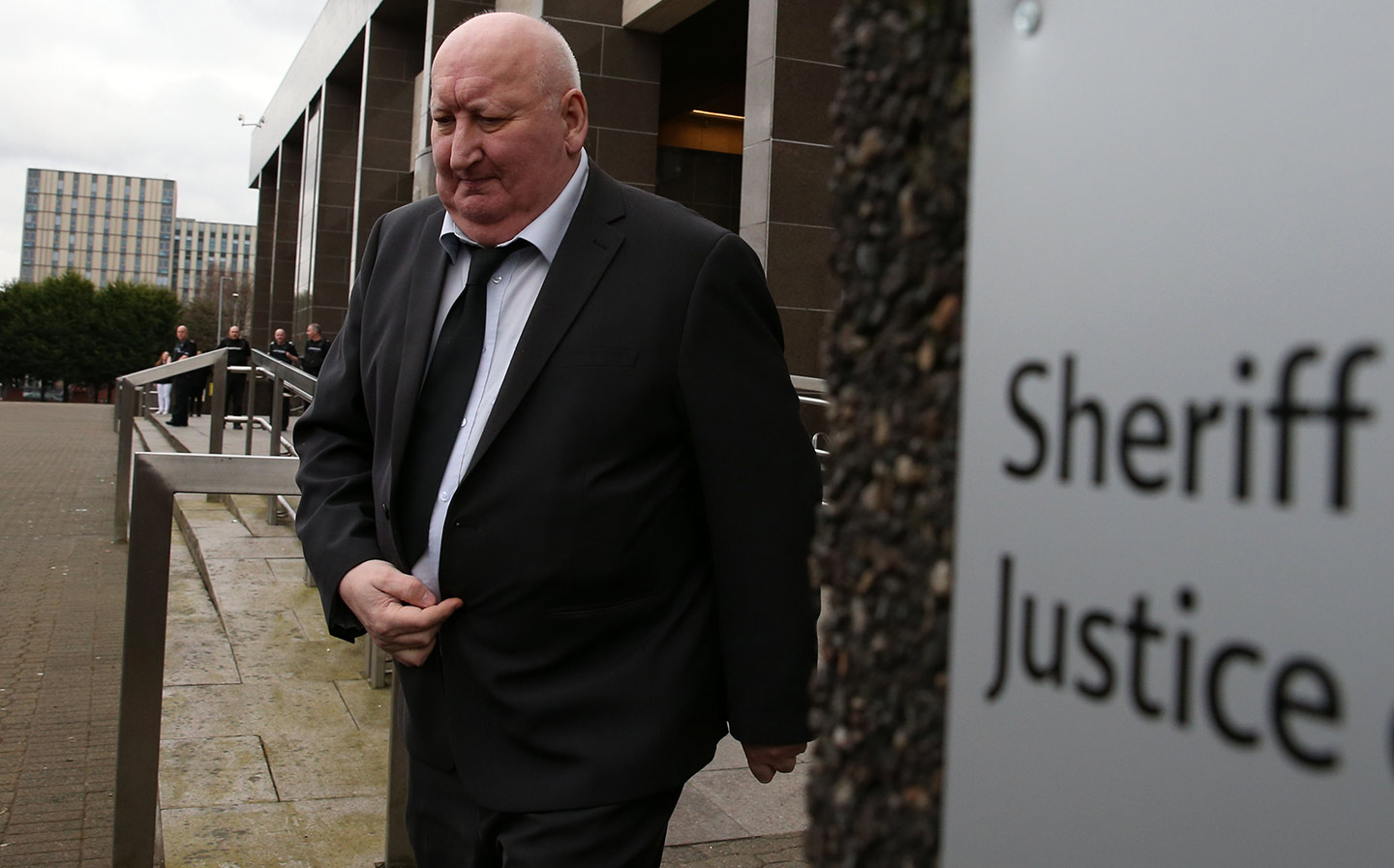 A BIN lorry driver who killed six Christmas shoppers in Glasgow in 2014 when he blacked out at the wheel has admitted driving without a licence barely nine months later.

Harry Clarke, 60, pleaded guilty at Glasgow sheriff court to culpable and reckless driving. His licence had been revoked for a year in June 2015; six months after the 26-tonne lorry he was driving veered out of control in the centre of Glasgow. Clarke, of Baillieston, Glasgow, had a lengthy history of blackouts and dizziness but had “repeatedly lied in order to gain and retain jobs and licences”, the court was told at the time.

Appearing in court, he admitted driving a car in Glasgow on September 20, 2015. He will be sentenced at a later date.

Mark Allan, for the prosecution, told the court that Clarke’s neighbours had seen him climb into his white Vauxhall Corsa. “Both witnesses saw the accused enter into the driver’s seat, switch on the exterior lights and drive out of the car park onto Buchanan Street.”

He said Clarke returned two hours later, at about 10.15pm. “He went round to either the passenger door or boot and retrieved some carrier bags before walking to his home address.”

Clarke initially told police he had merely moved the car back and forward to “keep the wheels turning a wee bit . . . I wasn’t out driving in the road”.

The Appeal Court in Edinburgh ruled in December that relatives of the six people killed in the Glasgow accident could not launch a private prosecution against Clarke.