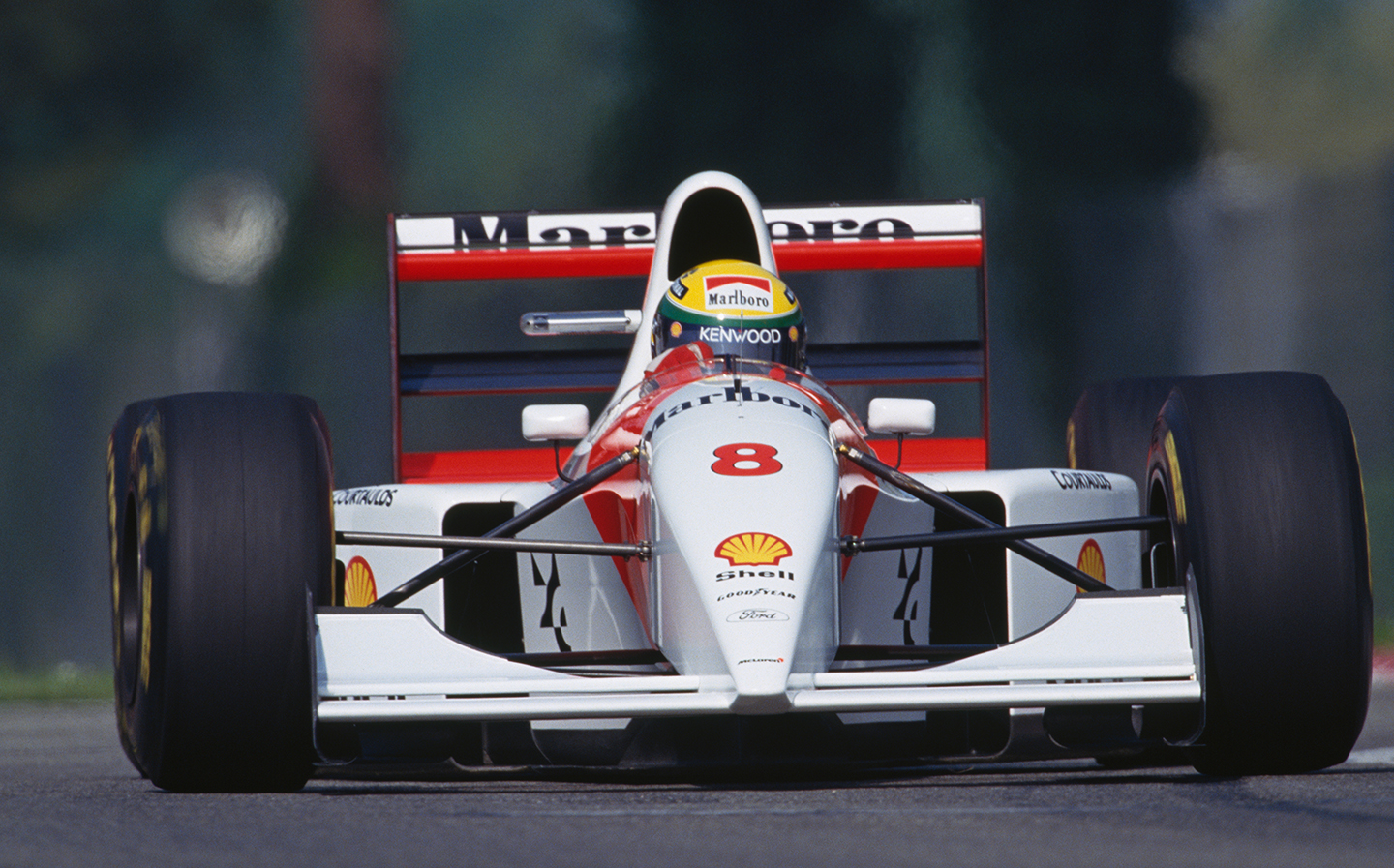 AYRTON Senna’s 1993 Monaco Grand Prix-winning Formula One car has sold for €4.1m (£3.7m) at auction in Monaco, 25 years after the Brazilian drove it to victory.

The McLaren-Ford MP4/8, painted in McLaren’s classic red and white Marlboro livery and still fitted with the original Ford engine and gearbox used at Monaco in 1993, was sold after a lengthy and spirited bidding exchange at a Bonhams auction on Friday evening.

Media reports had stated that former Formula One boss Bernie Ecclestone — who was in the principality and has an extensive collection of racing cars — was the buyer, but he later denied the rumours, according to the Reuters news agency.

The MP4/8 was the last F1 car raced around the street circuit by the triple world champion and took Senna to his record sixth win in the principality. It was also the car with which he drove from fifth to first in a single lap at a rain-soaked Donington Park that year; the feat was later dubbed the “Lap of the Gods”.

Senna was killed in an accident at Imola the following year, after joining the Williams F1 team.

Mark Osborne, Head of Motorsport at Bonhams, said: “Ayrton Senna was the most charismatic Grand Prix car driver of the modern era. And the MP4/8A was the car with which his team, McLaren, surpassed Ferrari as the most successful team in Formula One World Championship history.”

Meanwhile Michael Schumacher’s 2001 world championship-winning Ferrari, which was sold for $7.5m (£6.6m) at a Sotheby’s auction in New York last November, is believed to be the record fee paid for a modern F1 car.