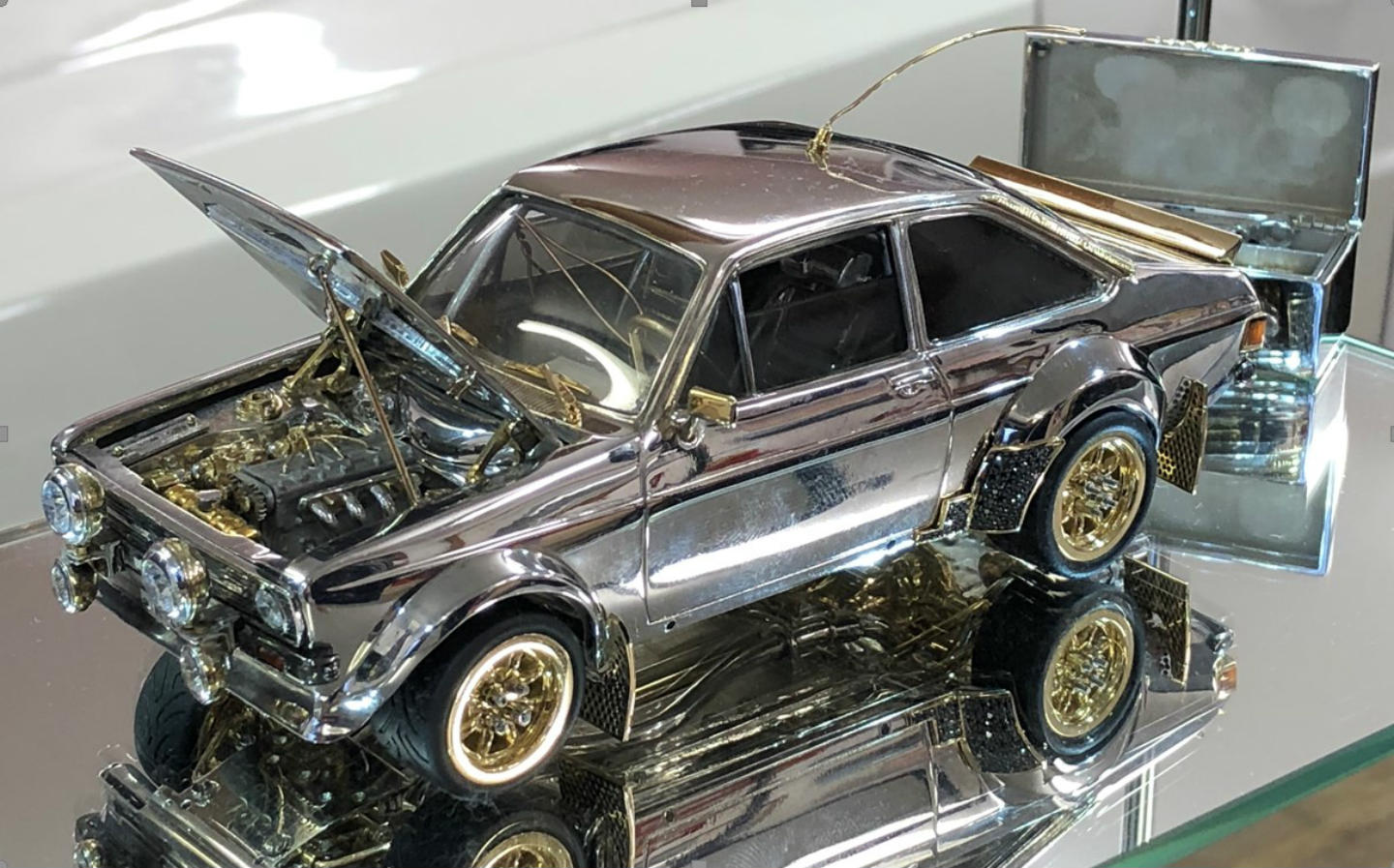 WITH CLASSIC Ford Escorts now highly coveted by collectors, it’s not uncommon to see immaculate examples every now and again. Few, though, will match the exquisite detailing on the (admittedly, rather small) Escort RS1800 rally car you see here.

What this 1:25 scale model of the car driven to victory in the 1981 World Rally Championship by rally legend Ari Vatanen lacks in size, it makes up for as a painstaking craftsmanship.

The pocket-sized Escort rally car was a labour of love for its creator, Russell Lord, who reportedly put 2,500 hours and £78,000 into the build, is crafted from materials more befitting a piece of jewellery than a die-cast kit.

Around 80% of the vehicle is made from solid silver, while rubies and sapphires are used for parts like the lights and the oval Ford badge on the boot lid. Lord even set 630 black diamonds into the model’s mud flaps in order to reduce their silvery shine.

That painstaking work extends under the solid metal skin, too, as the engine bay and interior have been recreated in incredible detail. Many of these pieces aren’t fixed in place: the seat headrests, gear lever and pedal box are all fully adjustable, and there’s even a claimed element of ‘springiness’ to the rose gold suspension.

Perhaps the most remarkable pieces of all, though, are the tiny, threaded studs that hold the 18-carat gold wheels in place. You can even loosen the studs and remove the wheels using a mini, fully-functioning wrench, if you so wish.

Anyone with a desire to own this hand-crafted Ford Escort model will be pleased to know it will be going under the hammer at an online auction on May 2. There’s no estimate for the lot, though Lord has confirmed all of the profits from the sale will be donated to charity.