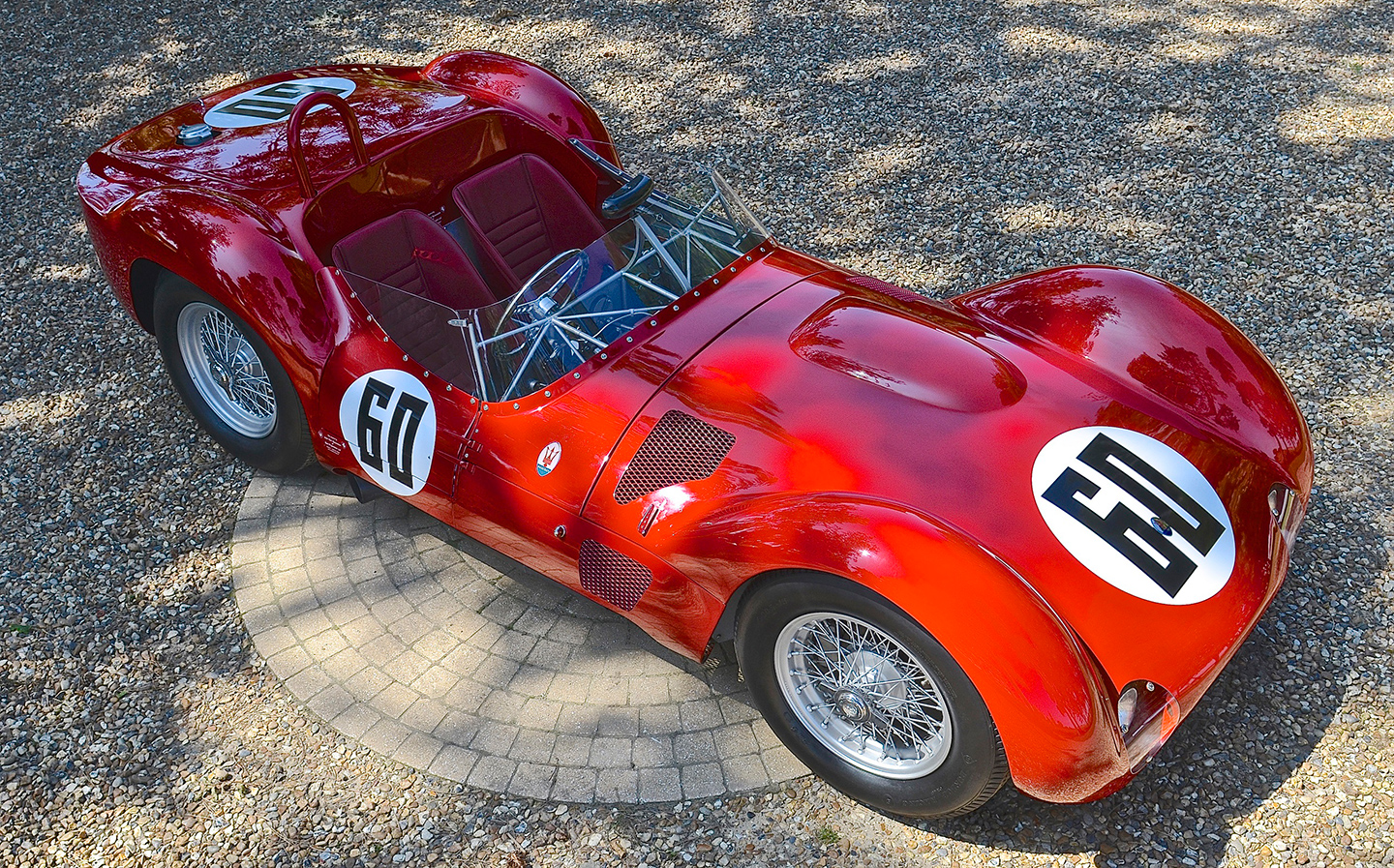 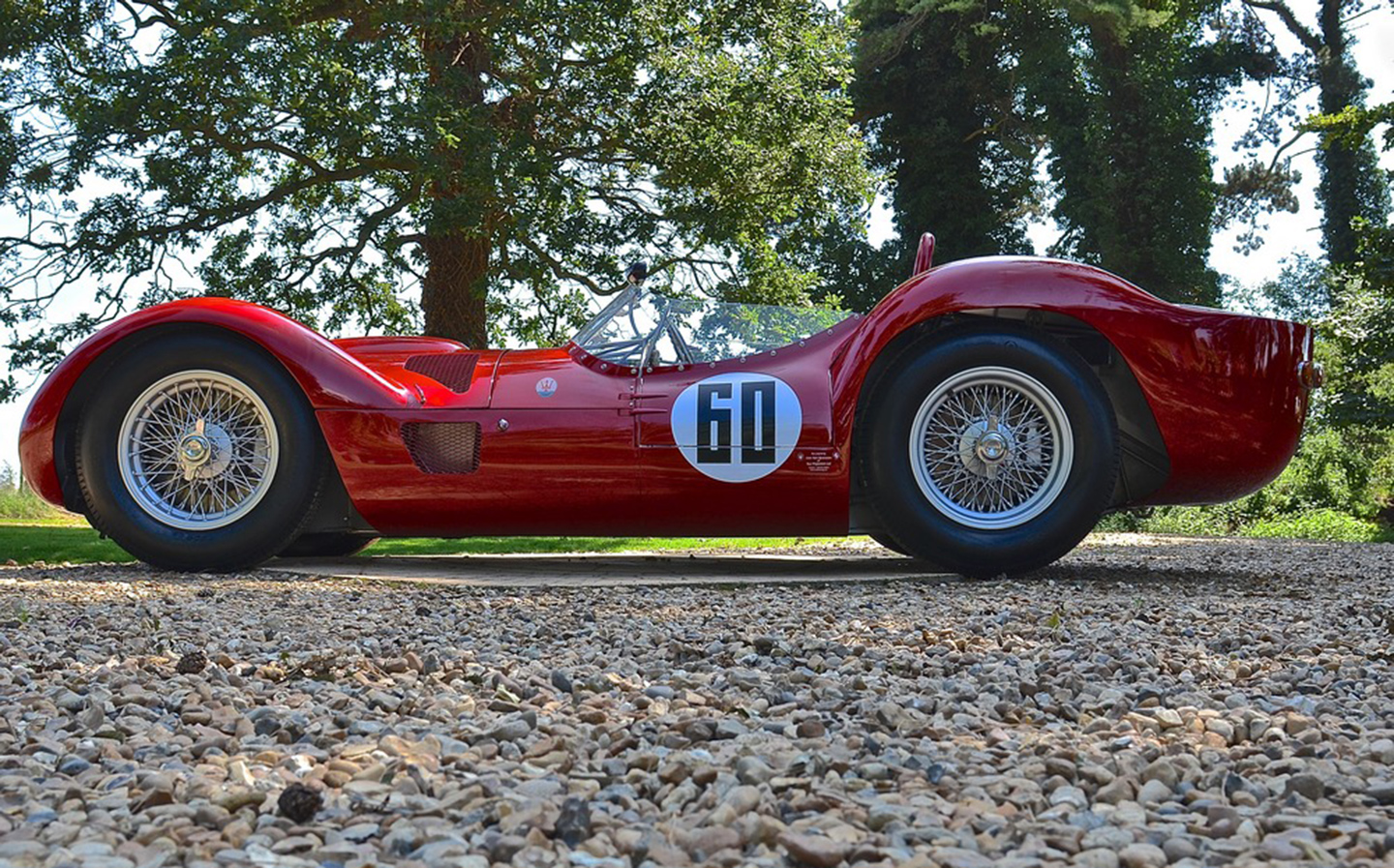 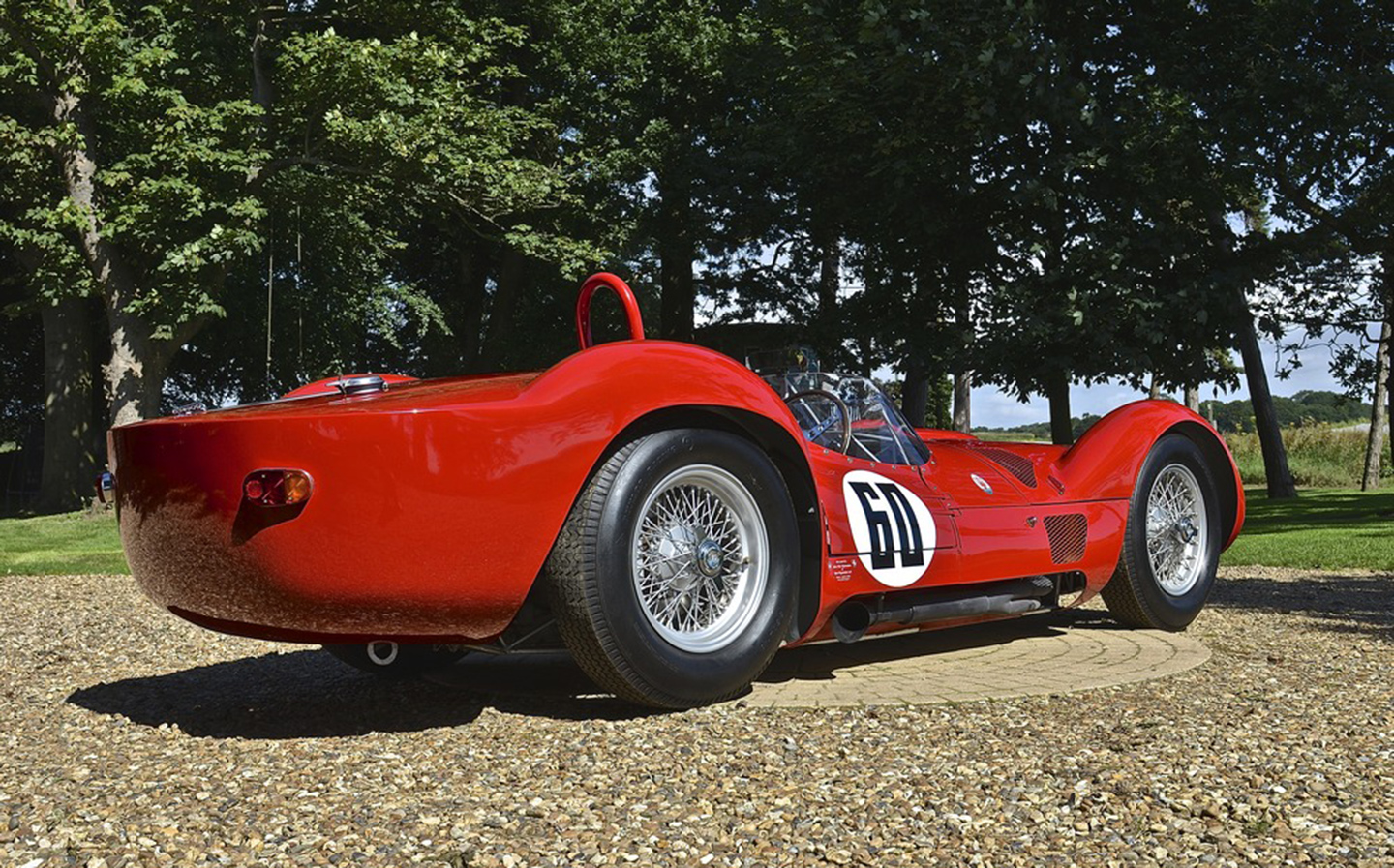 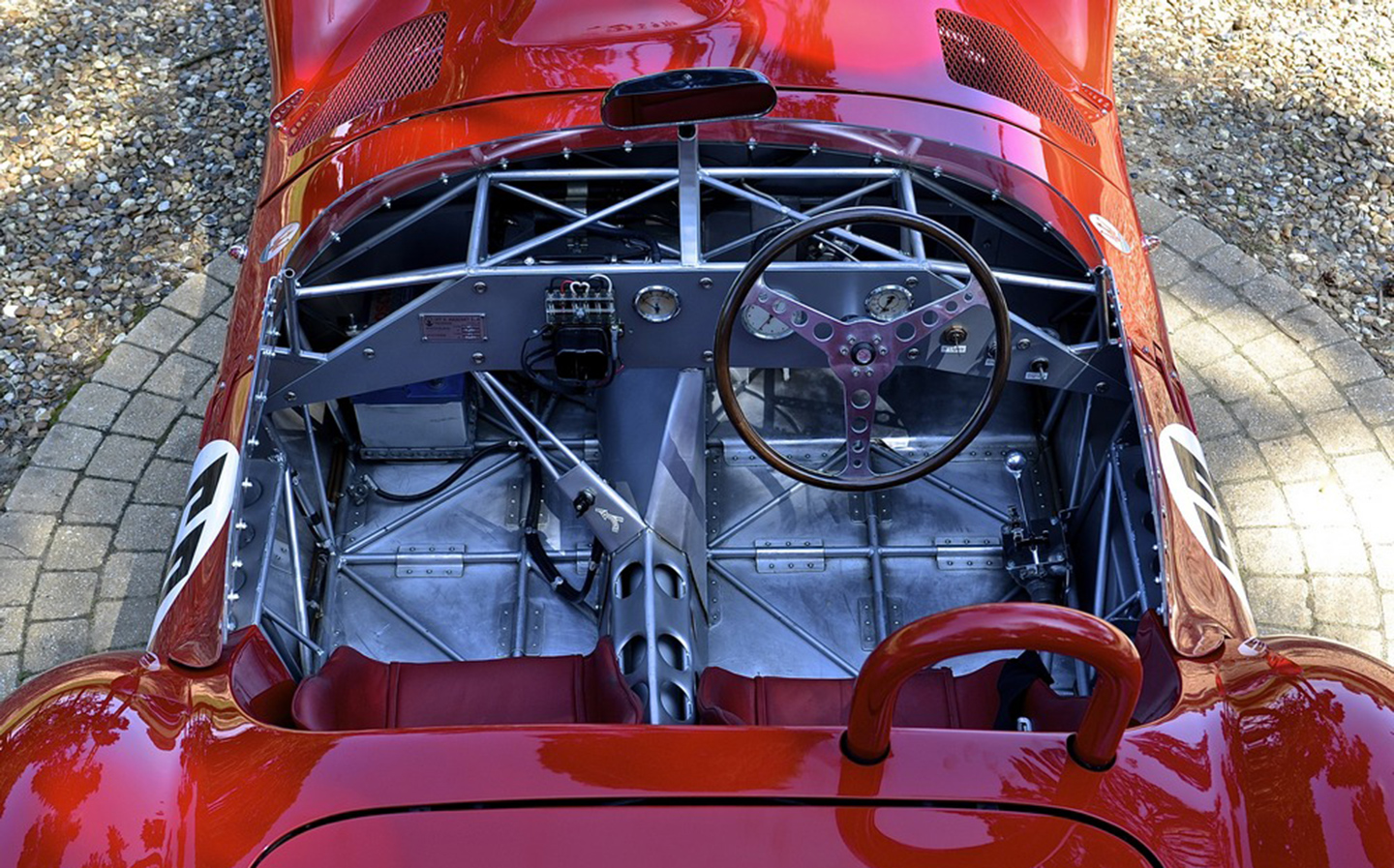 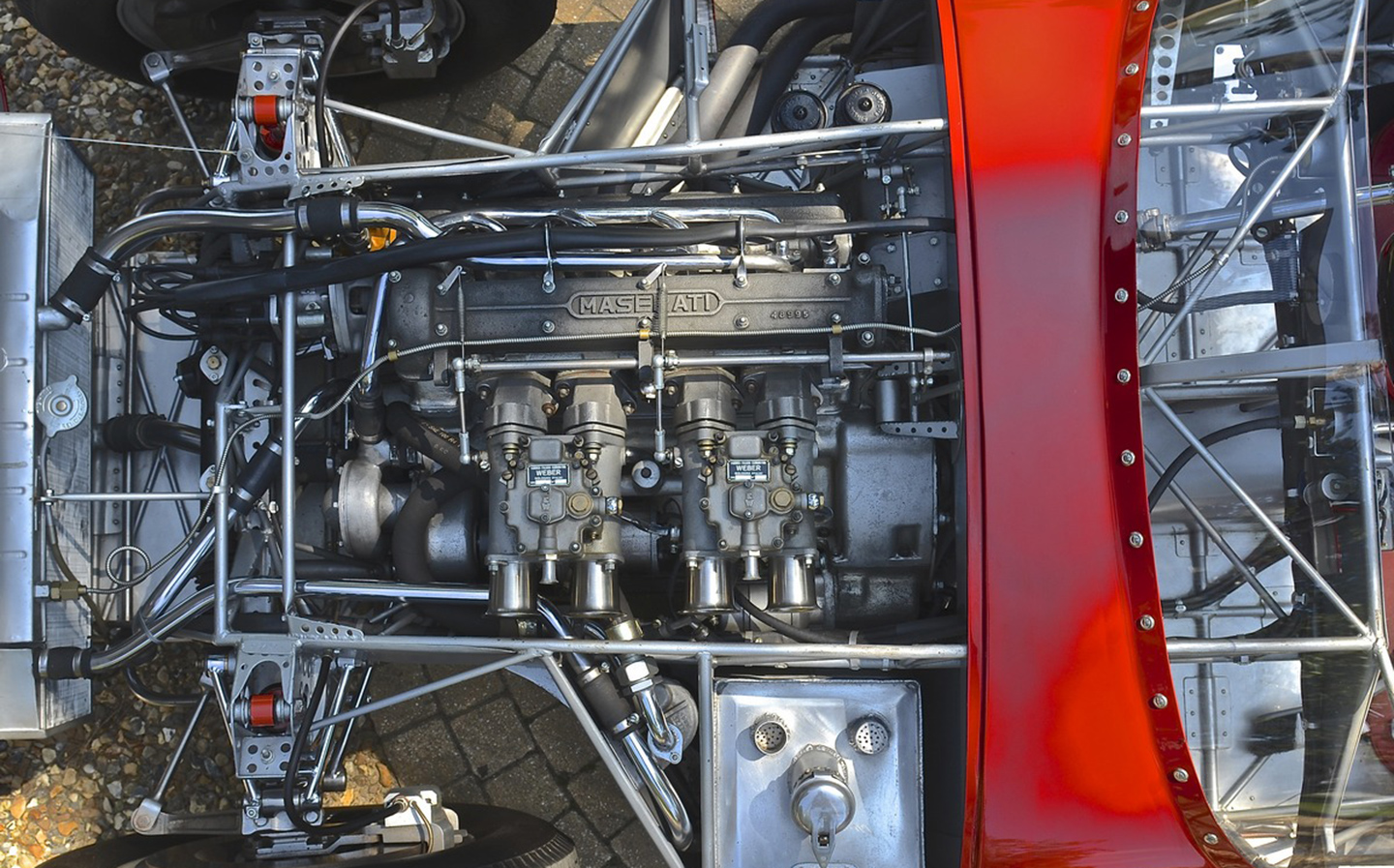 AN EXTENSIVELY rebuilt example of Maserati’s iconic “Birdcage” racing car is going under the hammer next week, as the headline lot at an upcoming Coys auction.

Set to be sold on August 6 at Schloss Dyck (no sniggering, please) sale, this particular example is technically more a reconstruction of Maserati Tipo 61 chassis 2459, rather than the wholly original car.

After being built in 1959, it had two years of successful racing in North America before an accident during practice at the 1962 3-hour Continental event at Daytona.

The driver, Augie Pabst, suffered cuts, bruises and a few broken ribs, but managed to walk away from the crash. The car was less lucky: it was determined too damaged to rebuild and instead dismantled for parts, which were shipped to England for potential use on other Maserati Tipo 60 and 61 Birdcages.

It wasn’t until 2007 that an Italian collector in Modena, Italy – the home of Maserati – began to painstakingly gather up as many original parts for 2459 as he could. These comprised mainly engine parts, so most of the rest of the car had to be built from scratch, including the chassis, making the revived car somewhat of a mishmash.

However, many of the car’s new parts were painstakingly crafted using original techniques as a reference, including the complex tubular chassis that lent the car its “Birdcage” nickname, which was welded together using “secret”, authentic techniques.

Chassis 2459 was also re-constructed to such an exemplary standard, with extensive logging and recording of the method, that it has been granted an Historical Technical License, allowing the car to be entered into various historic racing events across the world. All documentation relating to the work is being included in the auction sale.

However, Coys is still expecting the winning bid to be a considerable sum of money, with estimates putting the Maserati Tipo 61-2459’s value between £1.2m and £1.6m.

Attendants who haven’t got that much spare change will still have plenty to consider raising an auction paddle for. Classic luxury fans will likely be keenly interested in the Packard Deluxe Eight Roadster (the Rolls-Royce Phantom Drophead of its day), with a beautifully-restored Maserati 3500 GTi representing a more affordable route into classic Maserati ownership at the Coys Schloss Dyck auction.