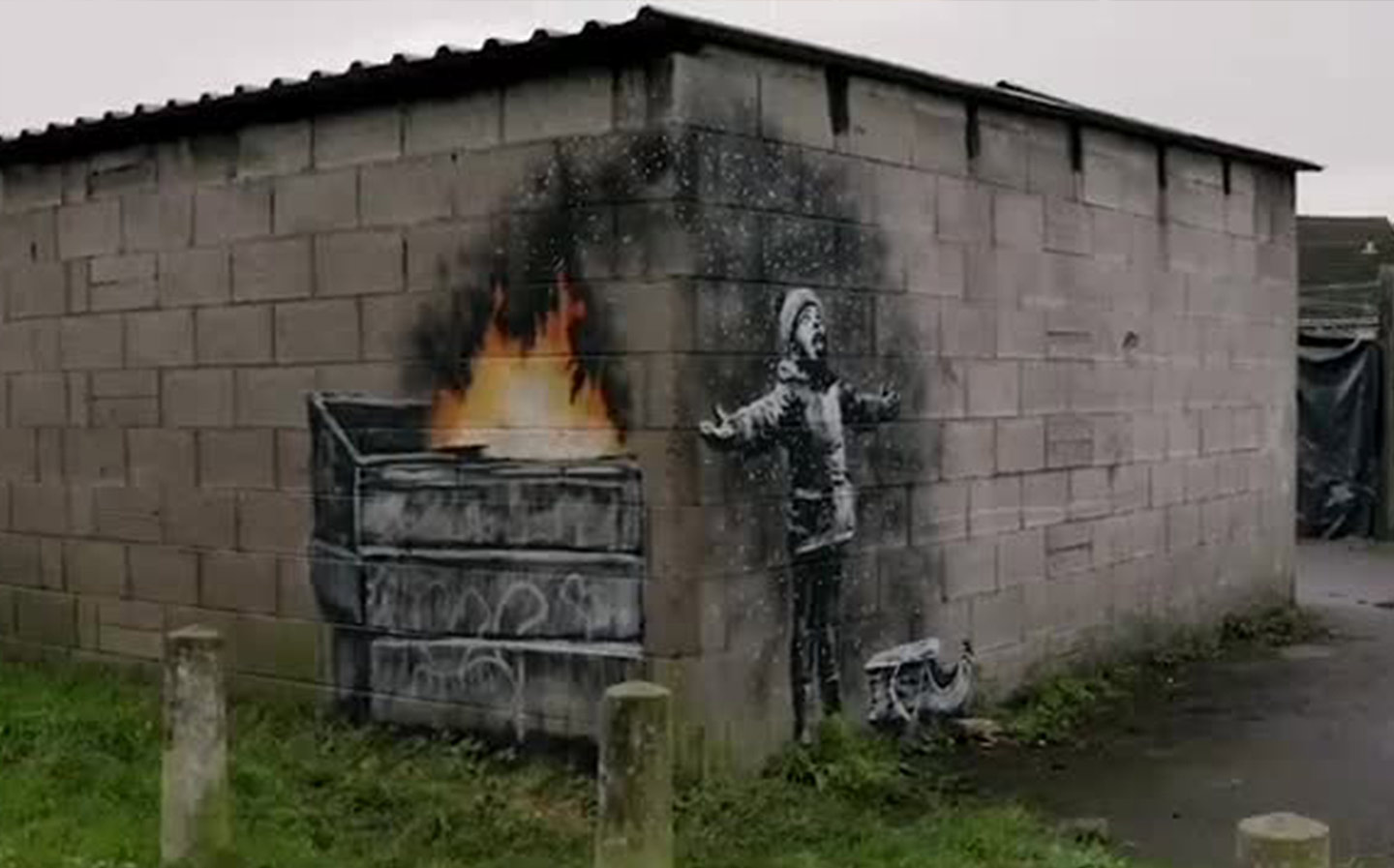 A HUMBLE corrugated iron-roofed breezeblock garage in south Wales, built by its owner in the 1990s to protect his car, will have soared in value after world famous street artist Banksy daubed its walls with his latest work.

Ian Lewis, who found out about the Banksy via his Facebook account, said he had lost sleep over fears the valuable artwork in Port Talbot might be vandalised. Videos posted today show barriers being erected around the garage.

Banksy, who keeps his identity a closely-guarded secret, confirmed the graffiti on Lewis’s garage was his via an Instagram message.

The artwork is spread across two walls on a corner of the garage and shows what appears to be a boy catching snowflakes on his tongue, but the second wall reveals the “snowflakes” to be ash from a skip fire.

The artist’s work fetches extraordinary sums at auction, and a painting recently doubled in value after being part-shredded during its sale. Buildings are known to increase in value after receiving the Banksy treatment; when a derelict pub in Liverpool was adorned with a giant rat almost exactly 10 years ago, it was thought to have doubled in value from £495,000 to around £1m.

“There were people coming here all night,” said Lewis. “I am very pleased, I think it is a smashing bit of artwork. It is good for the town and I just want to protect it, and it is here for everybody.”

This is Ian Lewis who owns the garage. He built it in the late 1990s to stop his car getting vandalised. He’s pleased but slightly stumped about what to do with his suspected #Banksy pic.twitter.com/YaVZT275eQ

Plaid Cymru councillor for Aberavon, Nigel Thomas Hunt told the BBC: “The placing of the work is very clever, in between the blast furnace and the M4, yards from where Richard Burton was brought up and where we’ve had bonfires for years.

“You can look at the painting and see the furnaces in the background.”

Anthony Taylor, deputy leader of Neath Port Talbot council, said: “The council has been liaising with the property owner throughout the day and has put in place fencing to assist in protecting this artwork whilst they consider what their next steps might be.

“We have also been in contact with other local authorities who have previously had Banksy artworks within their area, to take advice.”